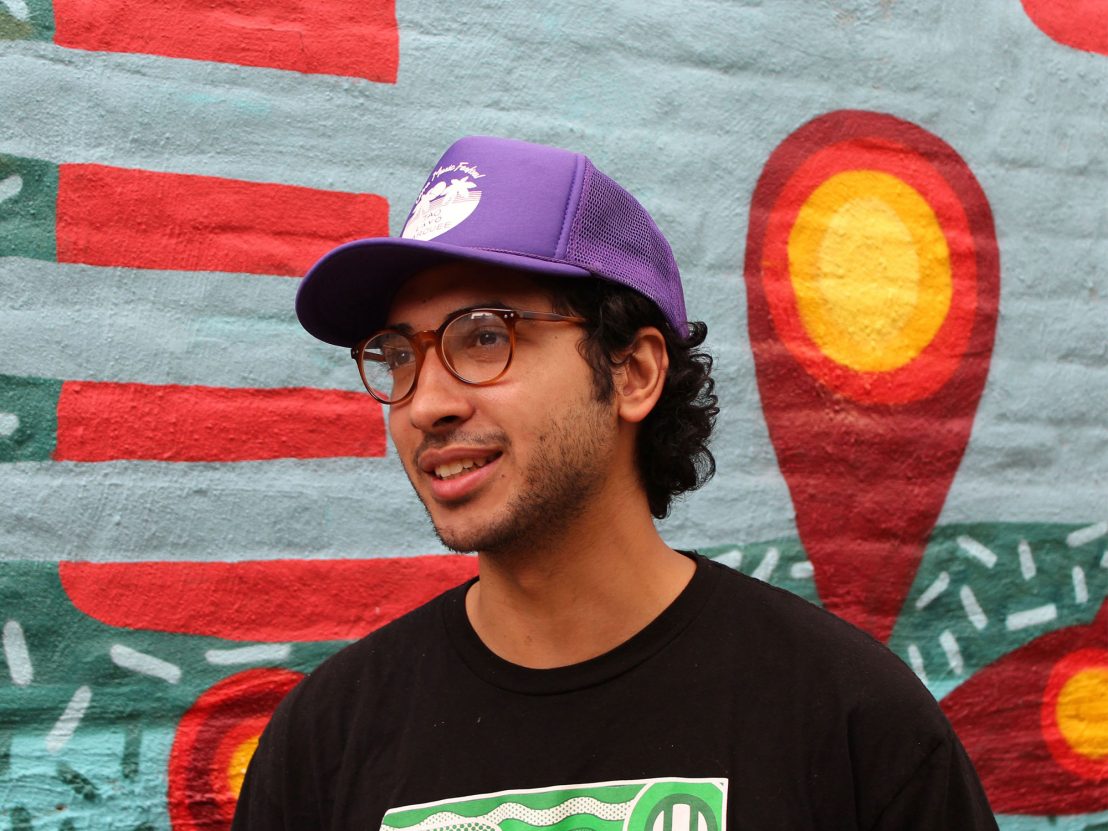 It’s not often that hosting film screenings in the Middle East comes with a six-step safety precaution, but that’s the position Egyptian-American filmmaker Sam Abbas’ found himself in while presenting his debut feature The Wedding at undisclosed venues across the region recently.

Set in New York, the film follows Rami (Abbas himself), a young Muslim man who prepares for his upcoming wedding to an American woman while keeping his sexuality a secret due to his religious and cultural upbringing. Abbas tells LWLies that the plot mirrors his own experiences: “Every character in the film is me, to some extent. The film overall is very true to my story, even down to Rami’s relationship with his family. My family, for instance, don’t know about my work, nor do they know about my sexuality.”

Muslim communities in the West can have a complex and fraught relationship with sex, with the topic often shrouded in secrecy and shame – at least to outsiders. A significant amount of Abbas’ filmmaking leading up to and including The Wedding is testament to the legacy of sexual repression. “Early in life I felt an enormous guilt whenever being sexually active because of [my] religious and cultural upbringing,” he says. “To this day, the only person I can speak with about sex is my brother. Actually my father prefers that if we’re all watching a film for it to be PG-13 to avoid sex scenes – and I’m 25!”

The film couldn’t be more timely, given that gay Muslim men in the UK face being pressured into heterosexual marriages. Meanwhile, crackdowns on the LGBTQ+ community in the region rarely provokes an international outcry, as in the case of Egyptian police arresting 10 LGBTQ+ people earlier this year.

The non-existence of queer cinema in the Middle East, Abbas stresses, presents multiple challenges for its queer audiences to see their lived experiences reflected back, from Beirut to Baghdad. “I felt it was necessary for the LGBTQ+ community to watch and enjoy a film they can relate to in theatres, just like they can watch and enjoy a non-queer film.”

He selected several countries in the region, including Egypt, Turkey, Tunisia and Lebanon. The latter’s inclusion is particularly poignant, because while Lebanon’s attitudes towards its LGBTQ+ residents is generally seen to be progressive, in May this year electoral candidates called for the decriminalisation of homosexuality for the first time in the country’s history, marking the first high-ranking endorsement of LGBTQ+ protection of its kind in the Arab world. Even so, challenges remain: though Lebanon became the first country in the Arab world to host Pride Week in 2017, authorities forced the organiser to cancel what was left of the event to be released.

Abbas is unable to disclose where in these countries the screenings happened, but he describes the turnout to these invite only events as “really good”. Unsurprisingly, the director encountered a number of challenges screening the film. “It wasn’t easy, he admits”. “My business partner and I were both very scared till the last screening was completed.” A number of safety measurements were taken to ensure the screenings went smoothly, including no reporters, audiences signing a non-disclosure agreement, no cameras or smart phones and no re-entry. Abbas reveals that these precautions even extended to his own attendance. “The film received a lot of press and we didn’t want me being followed or [jeapordising] the safety of the attendees.”

The screenings have understandably been met with opposition. But it was the audiences’ attention span that was the biggest cause for concern for Abbas. “There were a few here and there that didn’t have the attention span to sit through it! It’s funny though as the first cut of this film was over two hours long and the final cut is only an hour and 15 minutes.”

Ultimately, Abbas hopes that The Wedding will usher in a new era of queer cinema with a connection to the region, in part to him launching Alexandria-based ArabQ Films during the last Berlin Film Festival. ArabQ marks the first-ever Arab-based production company entirely dedicated to providing a platform for LGBTQ+ narratives within the Muslim and Arab communities.

“The films we’re looking to produce require that all projects have a link to the Middle Eastern experience and for every director and/or lead producer self-identify as queer, gay, bisexual and/or transgender. I’d really like to help open the door for [them] to tell personal stories and bring awareness to those stories.” Following the film’s launch, Abbas has received a number of unsolicited scripts. “Clearly, it’s encouraged many creatives,” he says. “We’ve really opened a dialogue.”

The Wedding screens at New York’s Cinema Village from 14-20 December.