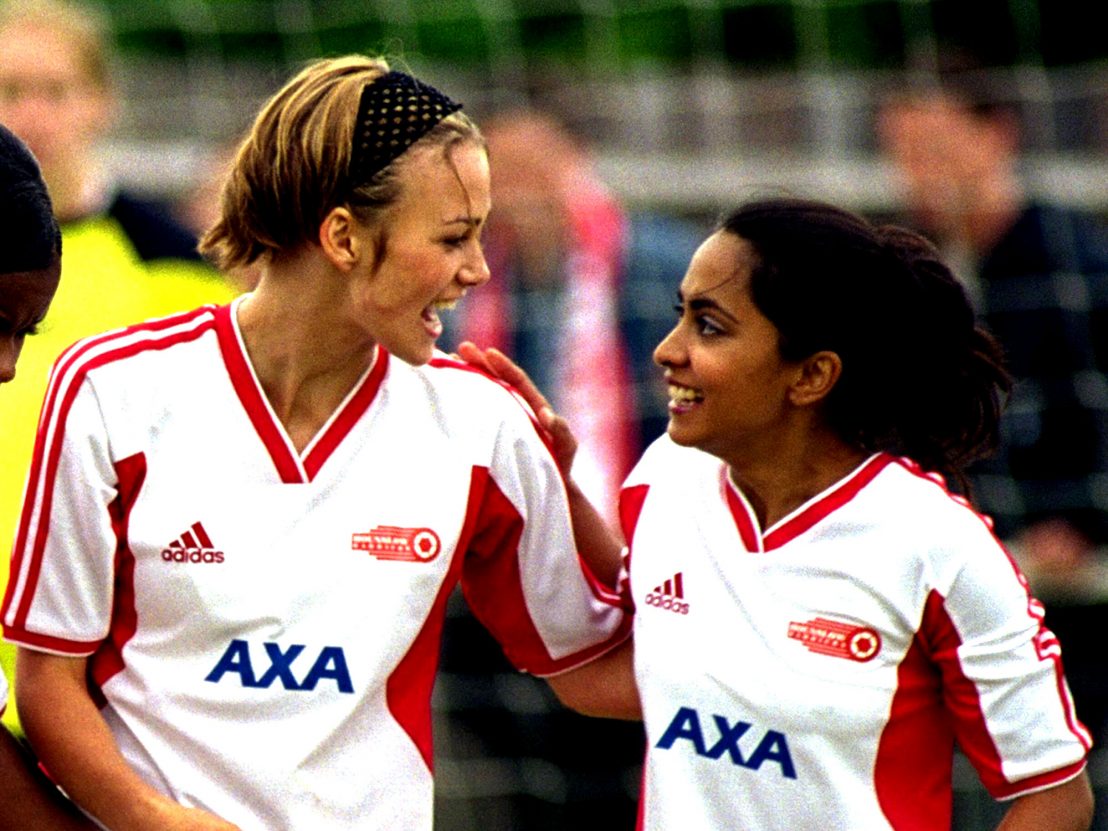 Just as Jess (Parminder Nagra) was discovering herself as she was juggling multiple loyalties – pursuing a Western career path over the traditional path her parents wanted her to follow – we were with her too. No other film has since encapsulated the guilt that British immigrant teens can silently carry and the need we feel to ‘prove’ our loyalties.

Just like Jess, the legacy of racism and hostility that our parents faced when they first arrived in Britain still weighs heavily on our life choices.  Just like Jess, I felt bound by the pressure to repay the sacrifices they made by staying loyal to the trajectory of those like her sister Pinky – get good grades, get married and of course, make the perfect aloo gobi. I knew then what I know now: that this wasn’t the right route for me.

The film also marked the first time I realised that racism came in many forms – up until Jess and her Irish football coach, Joe (Jonathan Rhys Meyers), bonded over on their mutual experiences of being discriminated, I hadn’t realised that those who were ‘white-passing’ could experience it in similar ways I had.

And when Tony (Ameet Chana), a British Asian man, came out early on in the film, revealing a sexual identity I was not yet fully aware of, and Jess embarked on her own relationship with her white football coach much to the chagrin of her community, I finally I realised I wasn’t the only one straddling two selves.

There’s a lot I owe Bend It Like Beckham – namely the understanding that it’s okay to take a different path and forge an identity outside the constraints of your community. And that obstacles will always remain; ‘white acceptance’ isn’t a guarantee, like when a rival player calls Jess a “Paki”. Or that you might still have to make even more sacrifices as your career progresses, like Jess does when she headed to the US to play professionally.

What is particularly poignant is the film’s unapologetic celebration of how dual British South Asian identity can be a source of pride. It’s worlds away from the months and years that followed the film’s release. Sixteen years ago, it was an amazing time to be British Asian: Panjabi MC hit the UK Top 10 with ‘Mundian To Bach Ke’ and for once it felt like we weren’t trying to prove we were ‘the good immigrants’.

But soon after the film stopped showing, we had become the ‘enemy within’. I no longer heard bhangra blaring out of windows and brown faces all but disappeared from screens – the only regular fixture was The Simpsons’ Apu, a character that has recently (and quite rightly) been embroiled in controversy. When I saw brown faces in the media, more often than not they were accompanied by the word ‘terrorist’. Now that a number of British Asian collectives are springing up in the UK, the film’s celebration of these two identities feels as timely as it did when it was first released.

It’s disheartening that there has not been another mainstream film to spotlight the intricacies of British Asian identity for young Desi girls to relate to, especially post 9/11. It’s disappointing, too, that South Asian representation seemed in significantly better health almost fully two decades ago, particularly in an era where the notion of ‘wokeness’ has become hard social and political currency.

We need more films that capture the coming of age, the conflicts and the challenges of being a young British South Asian girl in the way that Bend It Like Beckham did. If a young Desi girl were to come across the film today, I hope that she might recognise herself in Jess, just like I did all those years ago. Oh, and I never did manage to make that aloo gobi – I guess me and Jess had more in common than I first thought.