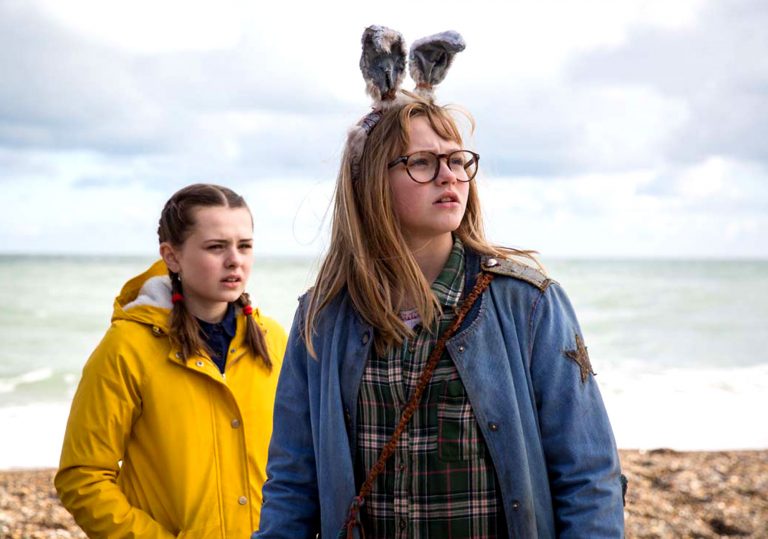 Can we skip to the real giant killing?

A teenager enters a world of mystery and monsters in this muddled fantasy from director Anders Walter.

The toil of working out what is real and what is fantasy in Anders Walter’s rites of passage fantasy feature prevents it from achieving its full potential. The film follows outcast teen Barbara (Madison Wolfe) as she battles internal demons (and giants) in order to save her Long Island town from destruction.

Screenwriter Joe Kelly adapts his own comic book series of the same name, yet fails to fully translate the panelled page to screen. The plot is repetitive and builds too slowly to a denouement that feels disproportionately abrupt – by which point the film’s admirable message feels long overdue.

However, Walter does create truthful relationships – even if they are crudely overemphasised by the melancholic pop-orchestral soundtrack. The friendship between Barbara and new-in-town Sophia (Sydney Wade), is the film’s strongest hook, and it’s interesting to monitor their concurrent development. The middle-schooler’s interactions with her sister (Imogen Poots) and school counselor (Zoe Saldana) anchor the film in reality and prevent Barbara from drowning in fantastical introspection.

Her immersion in a series of elemental campaigns is mirrored by her consumption by the widely framed landscapes of Belgium and Ireland, where filming took place. Her kooky costume fittingly draws her closer to the CGI giants that roam this wilderness and produces a united, captivating aesthetic.

I Kill Giants eludes easy genre categorisation by marrying disturbing levels of psychological trauma with glitter and gummy bears. Demonic voices and heavy-handed colouring in some scenes allow the film to sidestep a cosy family drama pigeonhole. Then, in the next moment, it’s marred by kitsch victory makeovers and clichéd depictions of high school bullies. Wolfe does well to provide pathos throughout this disarray, delivering the many shades of Barbara with a precision that the rest of the film lacks.

The film’s unconventional portrait of isolation and denial is commendable, and when it settles, there is a certain poignancy. Yet disappointingly the more meaningful message is lost as Walter indulges too much in the comic book fantasy and not enough in the human causes of Barbara’s quest.

Can we skip to the real giant killing?