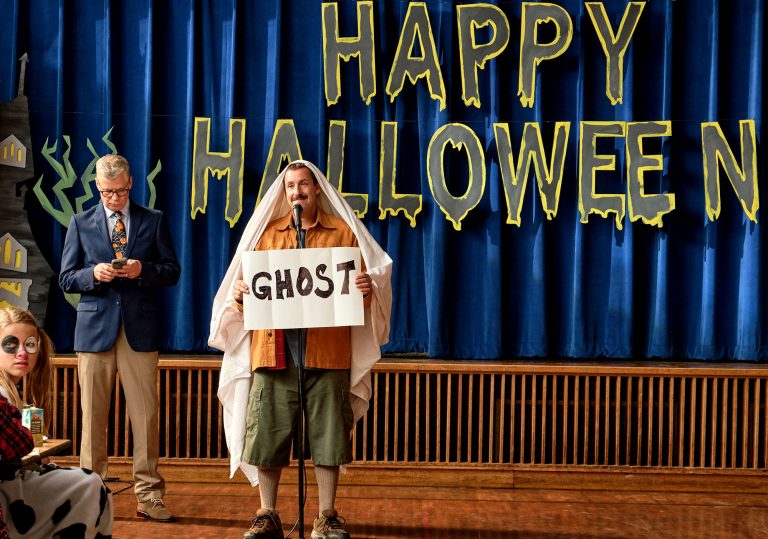 About as frightening as a plastic bat, but fun all the same.

Adam Sandler treats – or tricks – us with a festive family comedy about kindness and the importance of a good flask.

Joking about the potential of an Oscar nomination for his role as Howard Ratner in Uncut Gems, Adam Sandler said if he didn’t get a nod he would have his vengeance via his next movie. “If I don’t get it, I’m going to fucking come back and do one again that is so bad on purpose just to make you all pay,” he told US shock-jock Howard Stern.

Fast forward nearly a year, and alas, there was no Oscar for the Sandman – and it remains to be seen if he follows through on his threat. In the meantime, the wheels on the Netflix train keep turning, and Sandler’s sixth film produced in partnership with the streaming giant is here to spread a little seasonal cheer.

He stars as Hubert Shubert “Hubie” DuBois, a mumbling moustachioed deli counter employee from Salem, Massachusetts, who, despite being a world-class wimp who’s afraid of his own shadow, absolutely adores Halloween. Having given himself the title of Official Volunteer Halloween Helper for the town, he patrols the neighbourhood making sure everyone keeps safe and gives talks to local school children. His enthusiasm sadly isn’t infectious, and he’s the subject of ridicule from kids and adults alike, but valiantly persists all the same in his quest to ensure everyone has a happy and harm-free Halloween.

This is complicated by the arrival of a peculiar new neighbour (Steve Buscemi, naturally) and an escapee from a local psychiatric facility (Rob Schneider, naturally) who give Hubie cause to be on high alert, all while pining for Violet Valentine (Julie Bowen, presumably named in a nod to her Happy Gilmore character) the kind-hearted woman he’s loved since high school. Hubie is the butt of everyone’s jokes, but while Sandler’s previous buffoons have responded to insults with an explosion of anger, Hubie seems to take it all in his stride, dodging projectiles and pedalling his bike into certain danger like it’s no big deal. 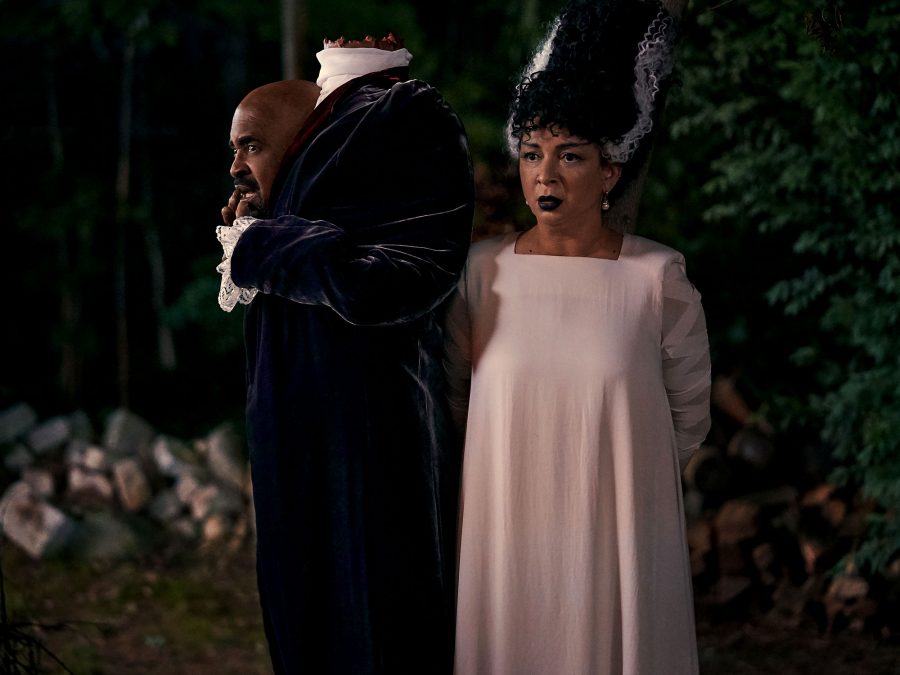 Of course, there’s a smattering of gross-out comedy that has been a staple of the Sandlerverse since it began – and Kevin James is there because Kevin James is always there – but the film has more in common with his wildly successful Hotel Transylvania franchise than his past Netflix Originals. Aiming at a family audience, there’s slapstick galore and some young co-stars in the form of Noah Schnapp, Paris Berelc, and Sandler’s own daughters, Sadie and Sunny.

As such, the scares are pretty mild, more Scooby-Doo than A Nightmare on Elm Street, but the film’s sweet sentiment about anti-bullying seems fairly universal, and even if it’s aimed more at a younger audience, adults will have fun playing ‘spot the random guest star’ with notable candidates including Michael Chiklis and Lavell Crawford. June Squibb also seems to be having a blast playing Hubie’s loving mother, who has an interesting collection of second-hand t-shirts. Ray Liotta wears a rainbow-coloured wig.

Perhaps the best element is that it really gives a feeling for relationships in small towns where everyone knows everyone and who you were in high school can define your whole life. The real scary part? How people behave when they let their insecurities run their life!

All this adds up to some harmless Halloween fun with Sandler in familiar Dad Mode. If you’re not already a Sandler fan you’ll probably quickly tire of his antics, but for the fans Hubie Halloween is another slice of affectionate silliness about a nebbish loser who comes good in the end.

About as frightening as a plastic bat, but fun all the same. 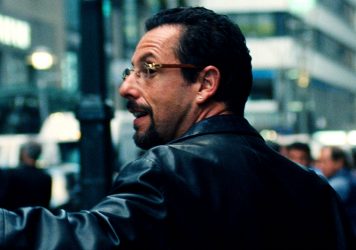 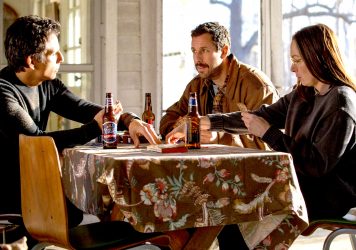