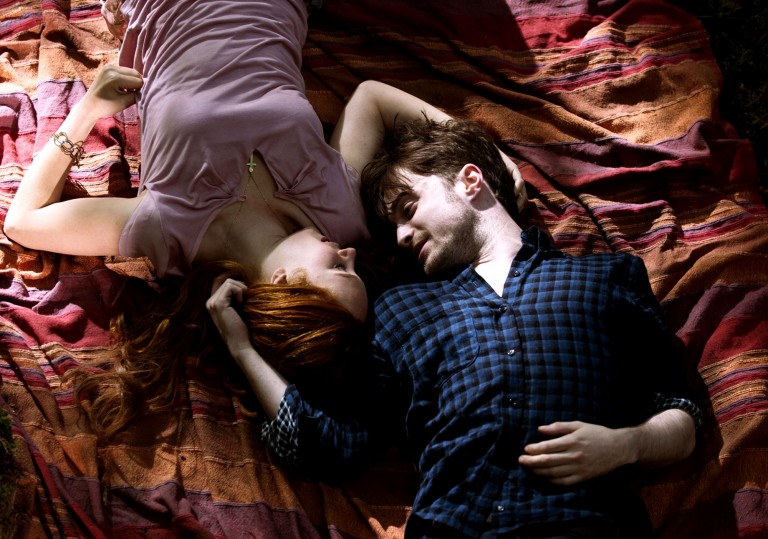 Harry Potter and the lunatic who directed Piranha 3D? Why not.

It’s five different movies in one, but at least four of those are a lot of fun.

It shouldn’t work, but it does.

Since causing a stir with Switchblade Romance back in 2003, prodigally talented French horror director Alexandre Aja has been like a monster hiding in the shadows, churning out vividly violent genre exercises (Piranha 3D, Mirrors) while waiting for a more full-bodied project that would allow him to stir the blood before splattering it in all directions. With Horns, Aja finally gets a chance to spread his wings and make a film with some heart, even if that means ripping one out of his lead character’s chest.

Ig (Daniel Radcliffe) is having a hard time. His lifelong love, Merrin (Juno Temple), has just been murdered, and since she had dumped him just hours before her death, everyone – including his own parents – suspects that Ig is the culprit. As if that weren’t enough, Ig has started to sprout horns from his head, horns that only his childhood best friend (Max Minghella) can see, but that nevertheless cause everyone he encounters to spontaneously confess their darkest thoughts and desires to him.

A darkly comic and broodingly lovelorn supernatural murder-mystery that’s been human centipede’d to the rear end of Ricky Gervais’ The Invention of Lying, Horns packs a whole lot of movie into its two-hour run time, as if both its director and his leading man are trying to make up for lost time. Careening between genres and subplots like it’s trying to outrun a second draft, the film is admirably held together by the cohesive power of Aja’s steady hand and Radcliffe’s committed performance, both of which help to ensure that Ig’s wrenching journey isn’t defused by its detours.

Horns works because Ig’s plight becomes increasingly human as he’s overcome by satanic forces and subsequently transformed into a pitchfork-wielding detective. Aja’s devil-may-care approach to the story allows him to casually mine religious texts for their emotional content while also ignoring their theology, Ig’s twisted ordeal relying on Christian imagery without ever having to believe in it. Horns couldn’t care less about God, because even during the film’s several overextended flashbacks, it’s always irreducibly focused on how people deal with their demons. Ig’s relationship with Merrin is sweet enough whenever it spurts to the surface, but the film is most damningly convincing when it pushes Ig to confront the ways in which he can be a burden on the people he loves, an arc that’s especially heartbreaking during the scenes he shares with his troubled father (the great James Remar).

Also crucial to the film’s charm is how Aja’s morbid sense of humour and maximalist visual flair almost always serve the story. The director’s complete lack of restraint might push the movie to a place that many viewers won’t be willing to follow, but Radcliffe owns the darkness until the bitter end. The road to hell has always been paved with good intentions, but rarely has it been this weird, winding and wonderful.

Harry Potter and the lunatic who directed Piranha 3D? Why not.

It’s five different movies in one, but at least four of those are a lot of fun.

It shouldn’t work, but it does. 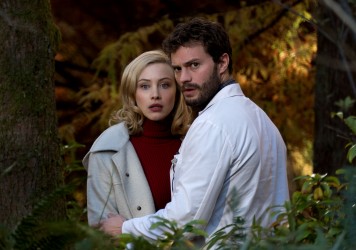 The 9th Life of Louis Drax

The director of Horns returns with an equally jarring genre mash-up movie based on a bestselling fantasy novel.