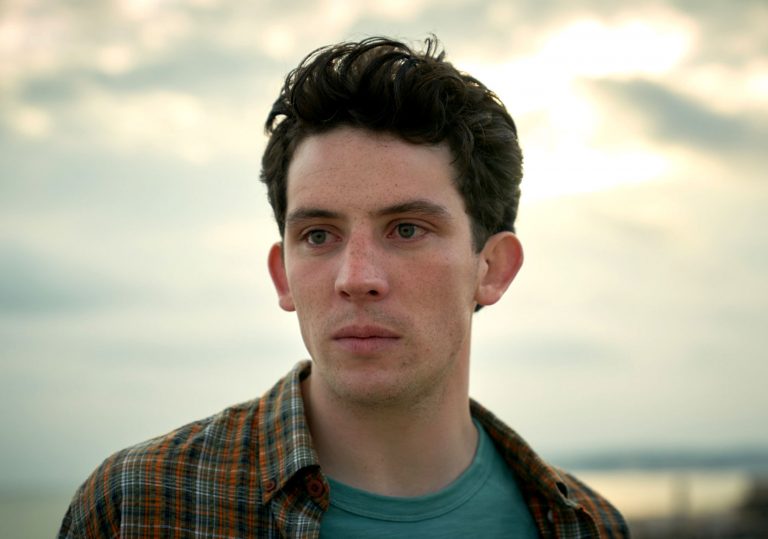 A stellar cast, and a screenplay from the Oscar-winning writer of Shadowlands.

A coastal breath of fresh air, but Bening should ditch the accent.

Annette Bening, Bill Night and Josh O’Connor star in this heartrending story of marital strife on the shoreline.

She’s taken poetry to heart, and she’s working on an anthology entitled ‘I Have Been Here Before’, the first line of ‘Sudden Light’ by Dante Gabriel Rossetti. The idea is to read a poem in the section related to how you’re feeling – hope, regret, grief. Hope Gap is a film which strives to encompass a range of emotions where it might have benefited from picking one to focus on.

We’ve been here before. On the surface, William Nicholson’s film is another divorce melodrama wherein two esteemed actors are given the opportunity to shout at each other for two hours. If not Oscar-bait, à la Noah Baumbach’s Marriage Story, then BAFTA-bait, à la Bening’s last British film role in Film Stars Don’t Die in Liverpool.

Hope Gap doesn’t go as deep into questions of love and loss as Nicholson’s 1993 screenplay for the CS Lewis biopic Shadowlands, but it benefits from the focus on an adult son, for whom the end of his parents’ marriage is shown to be just as hard to accept as it would be for a young child. His fading memories of coastal walks, swinging between mummy and daddy, are utterly heartbreaking. 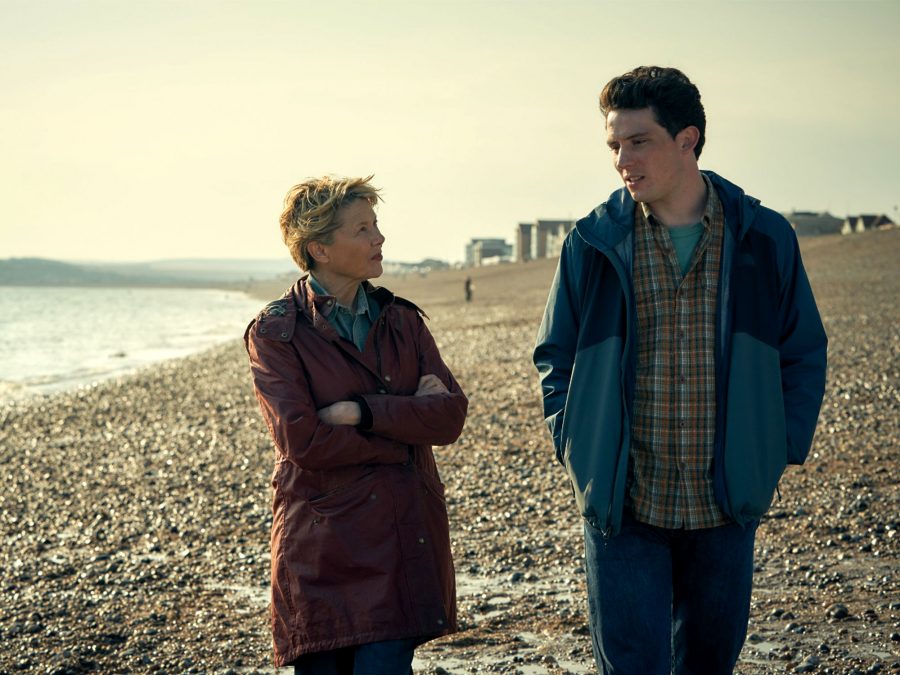 It’s unfortunate that Nicholson doesn’t commit to Jamie’s perspective. By trying to juggle his angle with that of Grace the film often feels confused and raises the question as to why we’re not given the opportunity to empathise with Edward, whom Nighy plays with enigmatic woodenness. This is O’Connor’s film, a more emotionally open performance than he gave in Francis Lee’s God’s Own Country, especially a monologue on facing the road ahead on the cliffs of Seaford. He is fast becoming the face of endearing rural ruggedness in British cinema.

Despite Bening’s recent British invasion, it turns out she’s not very good at the accent. It stymies her delivery, making the fairly functional dialogue thud without her usual emotive capabilities. She’s better when she communicates through gesture, shining in tender moments of subtlety such as fiddling with her poppy at a remembrance service and attending mass alone. They’re beautifully shot by cinematographer Anna Valdez-Hanks, whose camera sweeps with the wind by the seaside and captures the characters’ previous lives in painterly tracking shots of photos around the house.

The ‘Kyrie Eleison’ is heard several times on the soundtrack, a plea for mercy which Grace describes as being almost hypnotic. She doesn’t get any, closing the film on a fairly pessimistic note. With her husband gone and her son back at work, she’s left with the written words she loves so much. They’re beautiful, as is Hope Gap, but we’re left wondering how much substance lies behind them.

A stellar cast, and a screenplay from the Oscar-winning writer of Shadowlands.

A coastal breath of fresh air, but Bening should ditch the accent. 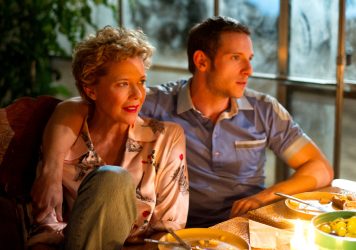