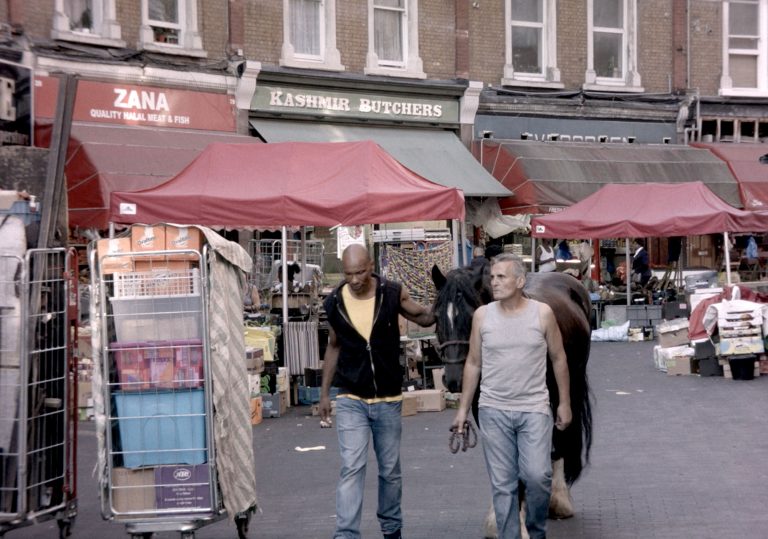 A new experimental doc from the director of Erase and Forget.

A remarkably nimble meditation on performance and vulnerability.

Shoreditch in East London was one of the urban areas most impacted by the 2012 Summer Olympic games. Not surprisingly, all those renovations, improvements in infrastructure and newly minted amenities simply led to increased gentrification and spikes in house prices. As is often the case, the most vulnerable and underrepresented communities were pushed further to the fringes of society.

Here for Life gives many of these people a dynamic platform, merging elements of documentary, confessional and poetry to put their voices centerstage. Members of the theatrical collective Cardboard Citizens, created in 1991 by the film’s co-director, Adrian Jackson, participate in fragmented live readings and intimate interviews stitched together with lo-fi footage of their everyday lives.

Both Jackson and fellow co-director Andrea Luka Zimmerman are key players in London’s experimental art scene, and their nimble film beautifully exemplifies the possibilities of a medium detached from limits of narrative or convention. Within this fluid, even ghostly framework, Here for Life confronts the nuances of performance and trauma, turning individual memory into a shared experience. Sometimes, the actors even swap lines and roles, all of which are based on past hardships and tragedy.

While these moments vary in length and effectiveness, each reflects the many layers inferred by Kamby Kamara’s reflexive aside: “You have been uniquely designed to play you.” Jackson and Zimmerman let these words function as guiding light, accumulating seemingly disconnected moments that build momentum toward a rousing final public performance.

It’s hard to forget the weathered faces of Here for Life. They may have been abandoned by progress, but never by art. In so many ways, the film becomes a mosaic of their experiences, producing the kind of raw, frayed vulnerability one might associate with the cinema of Claire Denis.

A new experimental doc from the director of Erase and Forget.

A remarkably nimble meditation on performance and vulnerability. 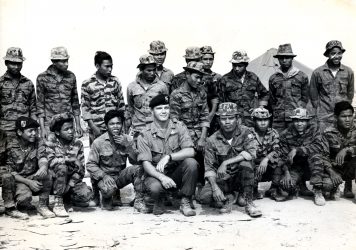 Rambo’s real-life American counterpart is the subject of this fractured, fascinating documentary portrait.