Have a Nice Day 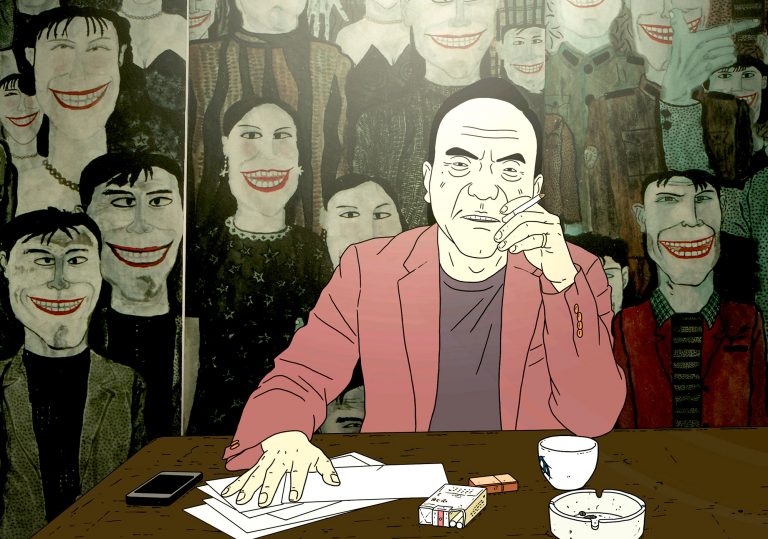 Chinese independent animation doesn’t come around the block too often.

A conventional tale of bungled crime given a fresh lick of primary-coloured paint.

Hair seems to be a big deal in the world of digital animation. Water too. Both stand as kind of final boss level for this rapidly-evolving visual form. The 2010 Disney film Tangled felt like a showpiece for immaculate individual hair strand rendering and 2013’s Frozen did the same for water and ice. But once you’ve perfected flowing locks and the mellifluous motion of liquid, then what next?

Liu Jian’s Have a Nice Day proves that, in animation, the way forward might just be less rather than more. Not so much a move away from photorealism, but a chance to take stock at what makes the animated mode of communication unique.

This deadpan noir roundelay does away with the detail that doesn’t matter – the skin, the texture, the goddamned hair follicles – and is militantly selective about, per Martin Scorsese’s dictum, what is in and what is out of the frame. It’s an impressionistic idea of what a place should look like, and the smoothed-over, guerilla-style animation technique offers a perfect mirror of the story’s down-and-out milieu.

For instance, there’s a scene set inside a Chinese night owl internet cafe, and Jian carefully transmits an atmosphere of lackadaisical seediness through his careful visualisations. Chipped blank walls are adorned with crappy posters overlooking comically basic computer terminals. The sales assistant is overcome by after-hours torpor. It’s rare to see stark minimalism used in such a way, as a large blocks of solid colour don’t usually scan in animation. Not so here, as Jian is like a master production designer who curates detail as a way to help the viewer intuit the bigger picture.

Have a Nice Day revolves around two-bit hood Xiao, who, with earnestness to burn, decides to violently rob a stash of money from his own boss and then channel the proceeds into a trip to South Korea for plastic surgery. Not for him, mind, but his unseen girlfriend who won’t leave her apartment because of a botched facelift. It swiftly transpires that Xiao is not a clever man, and he leaves a neon-glowing paper trail behind him, leading to said internet cafe. Thankfully for him, the gangsters sent out to retrieve the money aren’t much brighter, and this apparently basic action becomes more contrived and absurd with each new twist.

Characters pile up, as do the misunderstandings. Violence is meted out often in confusion rather than for a refined purpose, and the film and events conspire to leave Xiao breathing (albeit barely) as the corpses pile up in his wake. The film’s dune-dry sense of humour and intense longueurs – mostly the result of stupefaction rather than characters possessing any sense of drama – recall Jim Jarmusch’s early years in which fly-blown slackers sit around waiting for their lives to begin.

Made independently in China and subject to the country’s stringent censorship restrictions, Have a Nice Day’s comically bleak depiction of its dead-end landscape is the only element you might chalk up as local critique. Its central thesis – that romance is dead and so are we all – feels pretty universal, all told.

Have a Nice Day is released in select cinemas on 23 March. Join The Shanghai Restoration Project, MUBI and Little White Lies at the Genesis Cinema on 22 March for a special screening and after-film panel discussion.

Chinese independent animation doesn’t come around the block too often.

A conventional tale of bungled crime given a fresh lick of primary-coloured paint. 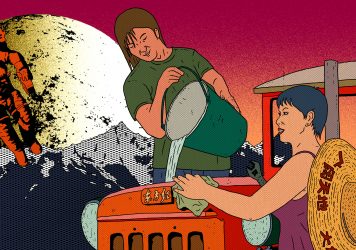 How to score an animated gangster movie

The Shanghai Restoration Project reveal how they created the soundtrack for Have A Nice Day.