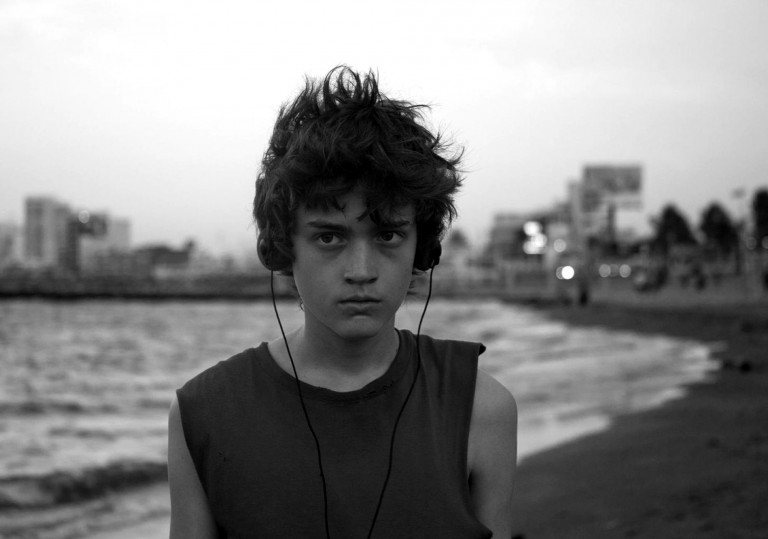 Will this little movie raise its head above the art-house clamour?

Yes it does. A stunner from debut boy Alonso Ruizpalacios.

Seek this one out, then make a friend happy by forcing them to see it too.

There’s an embarrassment of riches on offer in Alonso Ruizpalacios’ staggeringly accomplished debut feature, Güeros, a Loony Tunes-level irreverent sightseeing tour of Mexico City whose apparent overtures towards a certain type of arty, indie cinema are delivered with tongue lodged in cheek.

Even though the game Ruizpalacios is playing is one of arch self-awareness, the coup here is that while he’s feverishly deconstructing and mocking certain formal and tonal clichés, he also manages to attain a level of sincerity on top of all the tomfoolery. It’s a bold act of acerbic cinephile plate-spinning that Joe Dante in his heyday could manage – winking with one eye, looking longingly into the middle distance with the other.

The story is catalysed by teen Tomas (Sebastian Aguirre) getting booted out of his house when accidentally dropping a water bomb from the roof of his apartment building on to the face of a crying baby. He hooks up with his brother Sombra (Tenoch Huerta) who has giant sideburns and suffers from agoraphobic panic attacks. News that one of their childhood heroes – a troubadour who, as legend has it, once made Bob Dylan cry – falling seriously ill, leads to an adventure outside and around town, the goal being to get a valued tape signed by this musical genius before he shuffles off.

Yet this single-serving mission swiftly fans out into an After Hours-style state-of-the-nation runaround in which the brothers, along with roommate Santos (Leonardo Ortizgris), amble around, pranking, joking, chatting, bickering, and entering into cod philosophical diatribes which often fall to pieces (hilariously) before the point is made. En route, the team pick up Sombra’s wide-eyed ex, Ana (Ilse Salas), and it’s easy to see from the off why they are no longer an item: where Sonbra is unfocused, scattershot, impulsive and ironic, Ana is hyper articulate and forceful, a political firebrand who wants to effect change as a student revolutionary, not doss off and offer unheard commentary from the safety of the sidelines.

Plot-wise, this might almost read like a Mexican riff on Ferris Bueller’s Day Off, but the reality couldn’t be further from this. This is more in the spirit of Godard’s Bande à Part, or Truffaut’s Jules et Jim. And not just in its scintillating exploration of stunted youth and meta slackerdom, but the way it consciously contextualises the actions and emotions as stirringly cinematic, scattering moments of blissful poetry along the winding road.

The film is shot in black-and-white, in Academy ratio, and Ruizpalacios instils the material with a satisfying levity by placing emphasis on the beautifully banal – Ana putting on her lipstick gets its own miniature jump-cut flourish. This is a majorly impressive work, particularly for a first feature, and if Ruizpalacios can make something even half as impressive for a follow-up, it’d likely be better than 90 per cent of the stuff that makes it to our screens.

Will this little movie raise its head above the art-house clamour?

Yes it does. A stunner from debut boy Alonso Ruizpalacios.

Seek this one out, then make a friend happy by forcing them to see it too.