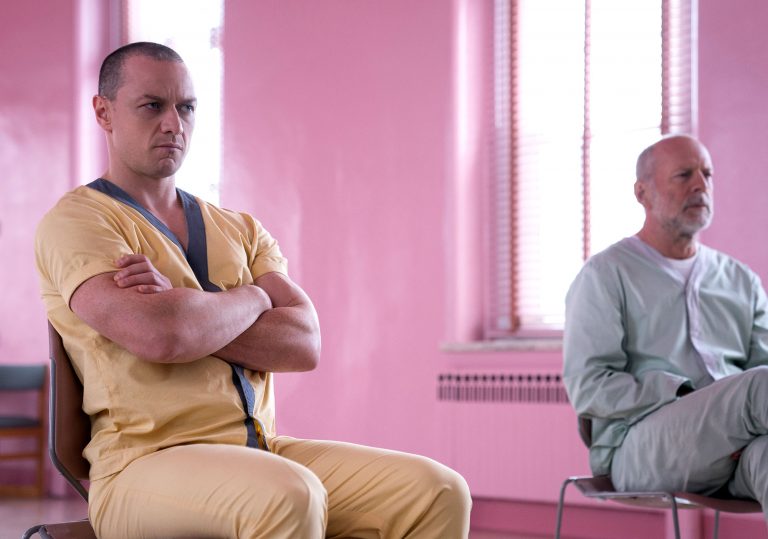 What could possibly go wrong?

This is all so, so silly. But fun!

Is it good? No. Is it watchable? Infinitely.

Roughly 10 minutes into Glass – the final film in M Night Shyamalan’s ‘Eastrail 177 Trilogy’ – Spencer Treat Clark’s character Joseph Dunn explains the concept of internet meme “Salt Bae” to his bemused father David (Bruce Willis). David seems suspicious. “That’s all he does?” he asks gruffly. “Puts salt on things?” If we consider Glass a self-reflective metaphor for Shyamalan’s entire filmmaking career, perhaps the question is as much about him as it is a Turkish butcher who became a viral sensation back in 2017. After all, Shyamalan has become similarly defined for one single element of his oeuvre: plot twists.

Following the massive success of Split in 2016 – and a pretty great cameo at the end of the film from Willis, confirming that Split and 2000’s Unbreakable exist within the same cinematic universe – a sequel was duly announced. The prospect of Willis and Samuel L Jackson reprising their roles as comic book adversaries David Dunn and Elijah Price was enticing enough, though there’s always trepidation when it comes to revisiting old ground. To wit, Shyamalan has a decidedly checkered filmmaking history, ranging from the sublime (The Sixth Sense, Signs) to the ridiculous (The Happening, The Last Airbender, After Earth). What could possibly go wrong… 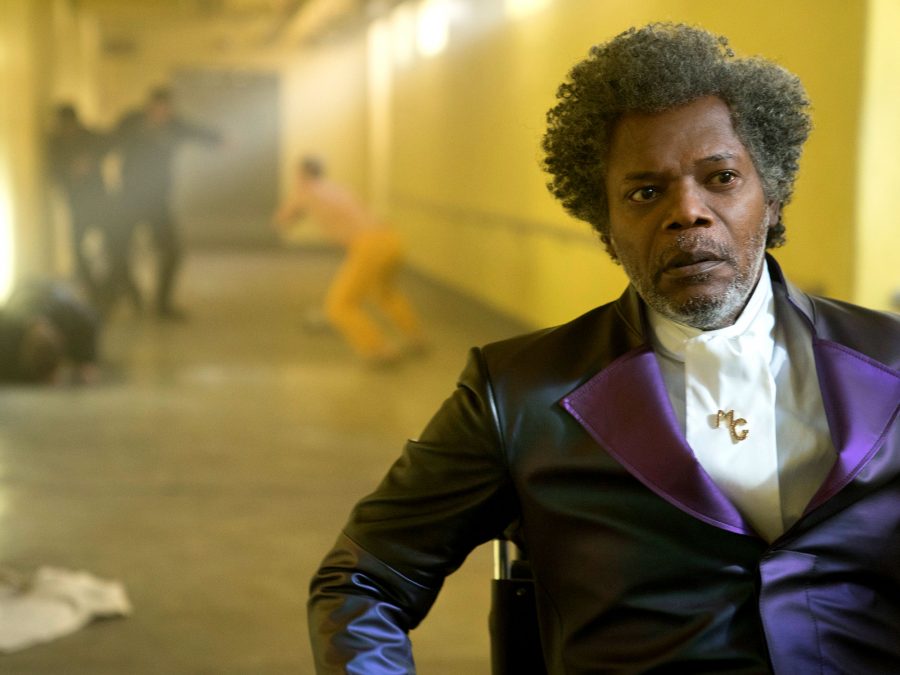 In the two decades since Unbreakable, Dunn has led a relatively quiet life, establishing a home security business with his son while using his powers of extra-sensory perception and invulnerability to right wrongs across the city of Philadelphia. For some reason, he does so in a seaweed-coloured poncho, and has been nicknamed “The Overseer” / “The Green Guard” / “The Tiptoe Man” by the local press.

Meanwhile, Price is languishing in a secure facility having been convicted of orchestrating numerous acts of terrorism. Kevin Wendall Crumb (James McAvoy) and his host of multiple personalities, collectively named “The Hoard”, have evaded capture, kidnapping and killing more teenage girls in order to pacify a superhuman entity known as “The Beast”. The three meet when confined to a psychiatric unit by Dr Ellie Staple (Sarah Paulson) who is charged with curing them of their “delusion” about being superhuman.

The problem with this, of course, is that we know these characters are superhuman. Shyamalan has delivered two previous films which established as much, and so it’s frustrating to see him spend a lengthy amount of time in Glass attempting to undermine his own mythology for dramatic effect. It’s hard to buy into the idea that Dunn, Price and Crumb really are delusional, and as such the inevitable Shyamalan twist set-up loses all momentum.

That’s not for lack of trying on McAvoy’s part, though. Despite the film’s title, this is very much still the Kevin Crumb show, with the delicacy of Dunn and Price’s terse relationship overshadowed by their co-star’s larger-than-life performance(s). McAvoy spits and flits his way through all 24 of Crumb’s multiple personalities, in particular lisping nine-year-old Hedwig (who spends a lot of time talking about how much he likes Drake) and creepy matriarch Patricia.

One scene gives McAvoy the opportunity to rapid-cycle through each personality, and though it’s certainly impressive to watch it ends up feeling more like a wayward drama school audition than something with any relevance to the actual plot. The upshot of all this is that we don’t learn anything new about Dunn or Price, with Shyamalan recycling one key plot twist from Unbreakable with predictably diminishing returns. 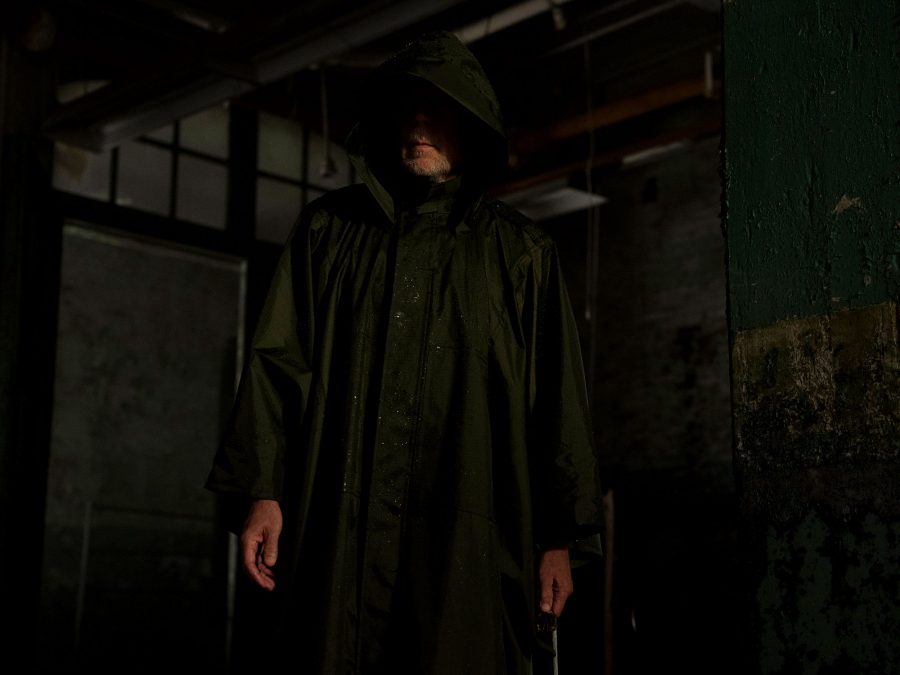 It’s a shame given Shyamalan had a real shot at creating his own comic book mythology in a world entirely dominated by the superheroes of the mass-market. He codes his characters in their colours through lighting and costume design, making each an icon, and there are some striking shots which show the director does have substantial technical skill. Yet at the same time he seems caught up in the idea of Glass as the redemption story of his own career.

A Mr Glass monologue near the end of the film may as well be delivered by Shyamalan himself, with the pièce de résistance line, “I truly am a mastermind,” feeling straight-up self-congratulatory. Given the trials and tribulations of Shyamalan’s career, it’s fun to see him herald Glass as a triumphant, good-natured ‘f**k you’ to critics. Fun, but not exactly coherent filmmaking.

What’s more, this is perhaps the silliest Shyamalan offering yet, filled with reaction shots, physical comedy and goofy dialogue. The fact that Samuel L Jackson manages to keep a straight face when explaining to the audience how the action unfolding resembles classic comic book tropes is testament to his consummate professionalism.

Shyamalan is always at his best when dealing with one or two characters, telling stories on a personal level. By contrast Glass feels curiously impersonal, failing to bring either the genre thrills of Split or the emotional weight of Unbreakable. It’s strange, too, that the film appears to forget that Price and Crumb are mass murderers, encouraging us to feel sympathy for them despite the heinous nature of their crimes. And that’s not to ignore the film’s problematic depiction of Dissociative Identity Disorder (and by extension mental illness in general) as a precursor to violent behaviour.

Still, Glass is not an actively dislikable film. Yes it’s scrappy and daft, invoking the spirit the Wachowskis’ big-budget oddity Jupiter Ascending (McAvoy’s performance has much in common with Eddie Redmayne’s), but there are bright spots. Shyamalan’s own cameo – which naturally, comes with a twist – is the film’s greatest single moment. It may be a hot mess, but it’s a highly entertaining one all the same.

What could possibly go wrong?

This is all so, so silly. But fun!

Is it good? No. Is it watchable? Infinitely. 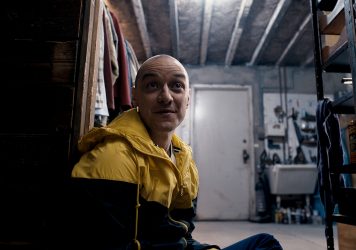