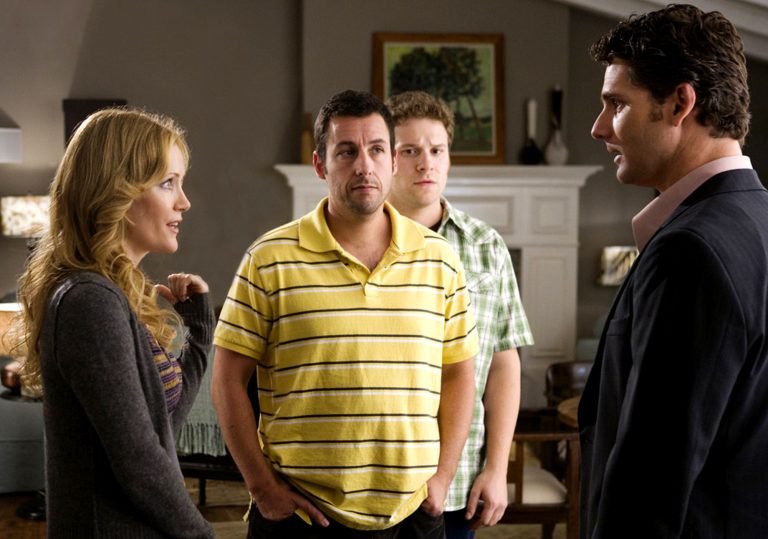 Apatow and Rogen is a tried and tested formula. Not sure about Sandler though.

Too long and too familiar but still very funny.

Already being mooted as the film to spark an Apatow backlash, it’s still miles ahead of most comedies around.

If you showed the first 10 minutes of Funny People to an unknowing audience they’d probably guess instantly that this is a Judd Apatow film. That may seem odd considering that this is only his third time as director but it isn’t that shocking when you reel off the ridiculous amount of projects that he’s put his name to.

Since he’s become so ubiquitous and has somewhat prematurely been hailed as the new king of comedy, Funny People takes a more serious turn than previous works but his trademark style remains intact.

Adam Sandler is basically playing himself as George Simmons, a marginally talented stand up comic who made his name and millions with rubbish, twee comedies which has made him more than happy to live a lonely yet luxurious celebrity lifestyle until he discovers he’s suffering from a rare form of Leukaemia.

Faced with his own mortality Simmons begins to reflect on his life and after having a mini breakdown on stage discovers he has no-one to turn to but young, up and comer Ira (Seth Rogen) who happily quits his job in a local deli to write jokes for his idol.

From then on it feels like two different films have merged into one as Simmons tries to get back with the one that got away (Leslie Mann) who’s now married with children to mad Aussie Clarke (Eric Bana, one knife away from being Crocodile Dundee). On the other hand we have Ira, who lives with another young comic Leo (Jonah Hill) and a two bit but successful sitcom actor (Jason Schwartzman), being unwittingly dragged into all of Simmons problems.

Although it isn’t entirely original, kudos to Apatow for tackling a somewhat intriguing premise of what a person would do when staring death in the face. Problem is, Simmons is a modern celebrity and therefore, a complete douchebag which makes it impossible to root for him even though he’s dying and the Aussie is the only alternative.

Rogen on the other hand is completely adorable as the needy assistant/writer/friend willing to do what it takes to get ahead (not like that) and leaves his trademark filth shtick to Hill, who is great but obviously unchallenged.

The problems with the film all stem from Apatow’s success and over-saturation. The actors are the same and the style is the same which begs the question if he can actually create something completely different. On top of that, no-one seems to have told him that an arse-numbing two-and-a-half hours running time is unnecessary for most films let alone a comedy.

But more annoying than that is despite it being too long, not entirely convincing and being disgustingly but accurately described as a dra-medy, it’s still funny as hell. When it works it really works and with everyone pulling their weight (including Sandler, seriously), you’ll be quoting the lines all the way home. Talented people? Somewhat. Funny people? Most definitely.

Apatow and Rogen is a tried and tested formula. Not sure about Sandler though.

Too long and too familiar but still very funny.

Already being mooted as the film to spark an Apatow backlash, it’s still miles ahead of most comedies around. 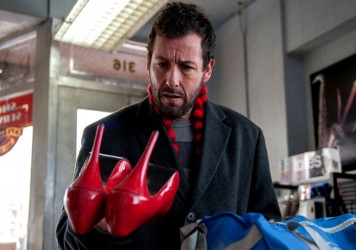