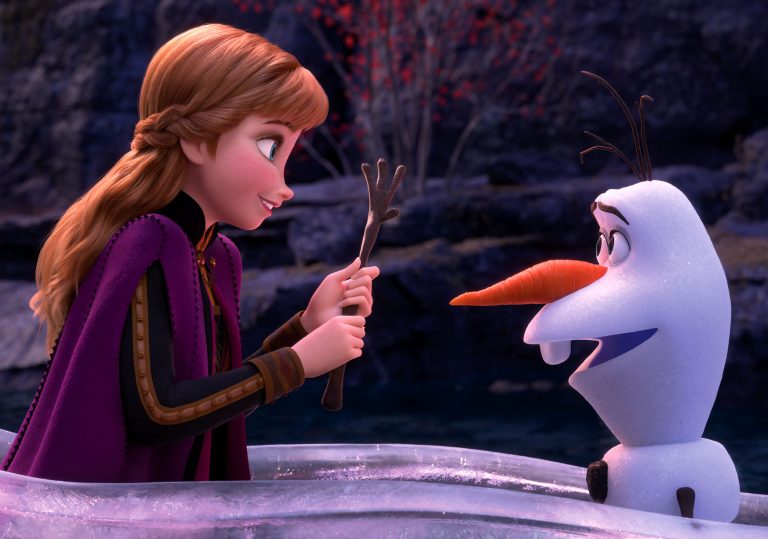 The comedy snowman just about makes this one bearable.

The siren call of two beloved, showtune-singing Disney princesses leads to a sequel lacking in ideas, emotion and drama.

No pity is extended towards parents who have had to repeatedly sit through 2013’s Frozen with an excitable sprog or sprogs propped on their knee. Because at the end of the day, it’s a decent if unexceptional animated runaround, buoyed by a nuclear-powered showtune banger and two inoffensively bland central characters. It’s Disney doing what they do best – delivering uncontentious, aspirational entertainment that smuggles in soft-edged fortune cookie wisdom to be cheerily embraced by all.

The same cannot be said for the directionless bore that is Frozen 2, a belated sequel that has absolutely no idea what it wants to be, what it wants to do, or what it has to say. Message to parents: buy in some fat crossword puzzle books, start a really complex knitting pattern, or have ‘Moby Dick’ ready and waiting on your e-reader – anything to keep you occupied instead of having to re-endure the perky tedium of this severely underpowered girl’s own adventure that will no doubt be heartily embraced the young and unquestioning.

The first big problem here is that – a little like 2018’s Mary Poppins Returns – the creative team have brought in the D-list for songwriting detail. Things start off slow, as you’d rightly expect for the big numbers to be stacked deeper into the run time. Sadly, they never arrive, with every song coming across like over-produced, over-polished album track filler with no hooks and no heart. One massively misguided attempt at an ironic parody of ’80s soft rock power ballads falls flat as pastiche, and when taken at face value. 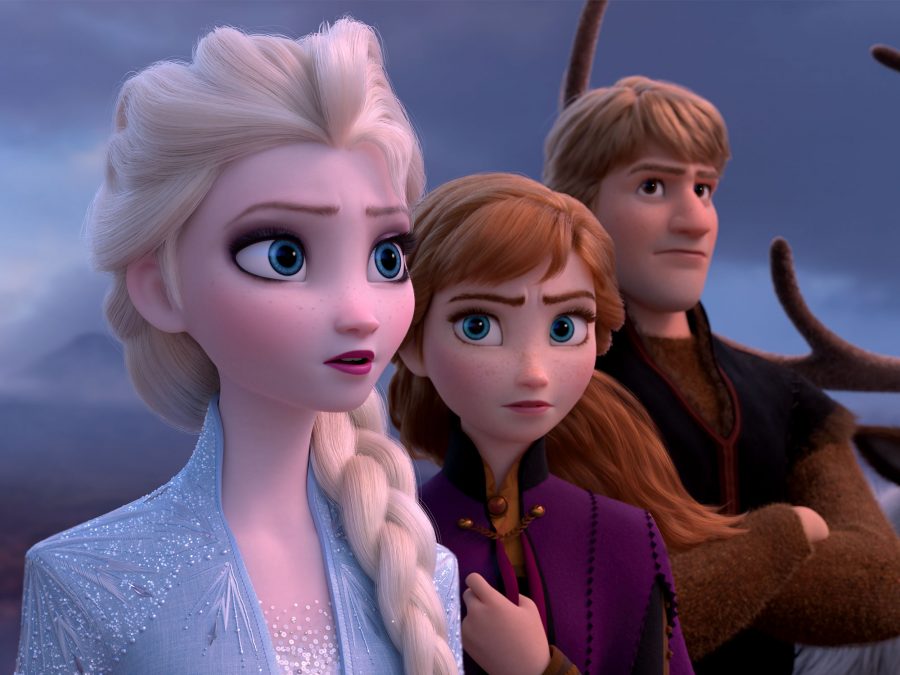 There is a noble attempt to rekindle the soaring earworm magic of Frozen’s ‘Let it Go’, but the subpar ‘Show Yourself’ sees questing, questioning queen Elsa doing the same tired old introspective shuffle through a faraway ice palace, but with massively diminished results. And as the show-stoppers all fail to stop the show, one after the other, it really makes you wonder how much the success of the original film came from that single, special set piece.

Otherwise, this is a case of hastily reassembling the old team – Elsa (Idina Menzel, Anna (Kristen Bell), Kristoff (Jonathan Groff), Olaf (Josh Gad) the wisecracking snowman and Sven the reindeer – and packing them off on a journey to an “enchanted forest” where a strange battle was waged decades previously. A lot goes on but nothing really happens, as the “thing” that the sisters are attempting to fix is ill-defined and allusive. The only surprising thing about this film is how complex and contrived it is. It’s nearly impossible to follow what’s happening, and what motivates the characters to take action.

The penny finally drops when we discover that there isn’t really any new material here, and that the film exists solely to fill in gaps from the beloved previous instalment. It really has been purpose built for the starry-eyed little ones who have seen the first film 5,000 times and know every nuance by heart. It carries the same lacklustre energy of one of Disney’s direct-to-video sequels from times past: 1998’s Lion King 2: Simba’s Pride, or 1994’s The Return of Jafar.

The comedy snowman just about makes this one bearable. 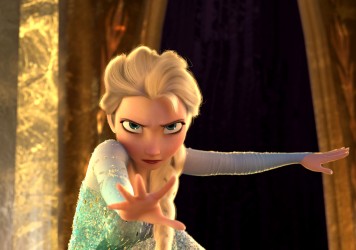