Even When I Fall 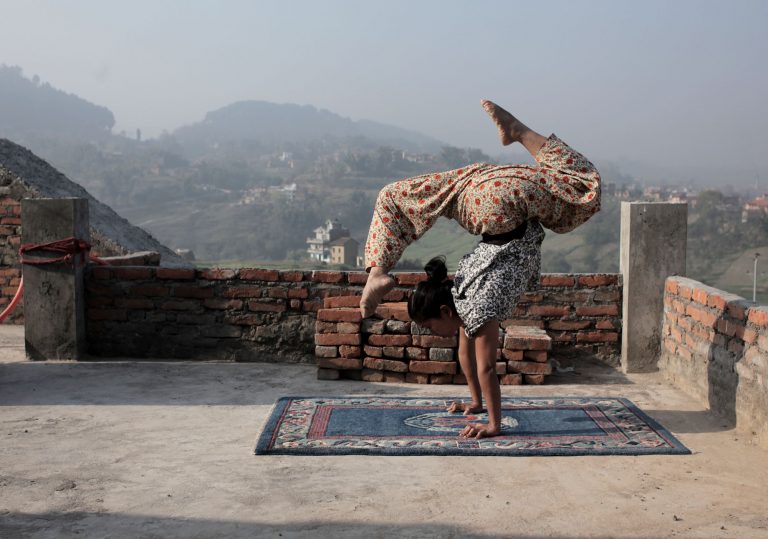 A film about the horrors of the circus in India.

A pacy, visually arresting and humane doc that will leave a lump in your throat.

Lingers with you after it’s over, especially thinking about all those who didn't get to tell their story.

This shocking exposé uncovers the tragic lot of many young circus performers in India.

What image comes into your head when you think about a circus conjure? A big tent. A Tightrope. Perhaps an elephant. It probably isn’t child trafficking, unless you live in Nepal or India, where, according to this documentary, every year around 10,000 children are either sold to or abducted by Indian circuses. Children are lured away from their desperately poor families with the promise of food or money. They endure beatings, rape, gruelling performance schedules and abhorrent living conditions.

In Even When I Fall, filmmakers Kate McLarnon and Sky Neal follow two women for six years, tracking their liberation from one such circus. Both have equally heart-breaking stories: Saraswoti has been with the circus for nearly 15 years and was forced to marry the owner’s son at 14; Sheetal doesn’t know how old she is or how long she has been gone. When she does find her family, she feels totally disconnected from them.

It is evident that the women have a difficult time reconciling that their parents sold them, no matter how naïve that decision might have been, especially when Saraswoti tells her mother, “my love has died.” Sheetal describes being grateful for finding her family, but not feeling love for them. These truly harrowing exchanges drive home the gravity of child trafficking – lives are ripped apart, families are destroyed, and all to line the pockets of sleazy circus owners.

Interviews and conversations between Saraswoti and Sheetal reveal how they deal with their new lives after being rescued. These are interspersed with ethereal shots of the two women performing. High above the ground, in the greenery of Nepal, Saraswoti gracefully walks a tightrope and Sheetal expertly navigates silk-scarves, without a thought for personal safety. The gentle music and slow-motion filming convey a sense of inner peace.

The pair form their own circus with other survivors and it feels like a form of salvation. Here they are accepted, and they travel around the world educating others about their ordeals. The film-makers manage to explore a relatively unknown topic in a sensitive way, which gives a face to the often clinical and detached term “human trafficking”.

A film about the horrors of the circus in India.

A pacy, visually arresting and humane doc that will leave a lump in your throat.

Lingers with you after it’s over, especially thinking about all those who didn't get to tell their story.