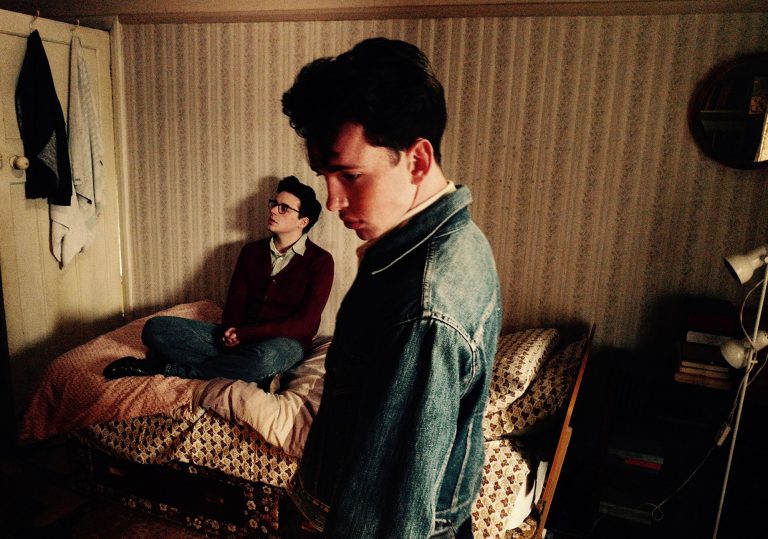 The first feature film to portray Steven Patrick Morrissey’s journey of making it into the music industry during his young adult years.

The script plays up the amusing ironies of Morrissey’s interactions with the people around him.

Gives Morrissey and Smiths fans a dose of what life was like for the brooding musician before his days as a leading front man.

Who was Steven Patrick Morrissey before The Smiths? Set in Manchester during the years of 1976 to 1982, this unofficial biopic from first-time director Mark Gill follows the enigmatic singer-songwriter as he makes his way through a world that doesn’t understand his brooding mind or brimming talent.

In order to help his family through tough economic times, he is forced to work a series of mundane jobs, including one at a tax office. And of course, he finds himself completely disconnected from a world that lacks creativity, and makes us believe that our lives must revolve around structure and one way of living.

Jack Lowden plays the iconic ’80s frontman, and although there’s not much physical resemblance, the actor ably captures Morrissey’s mannerisms, shyness and social awkwardness. It’s these small details that help to paint a vivid picture of this social outcast prior to him blossoming into one of the most celebrated musicians of the era. Lowden’s portrayal of Morrissey encompasses a combination of arrogance – as he tries to comprehend the measure of his talent – and an insecurity that holds him back from reaching his full potential.

The film doesn’t shy away from its subject’s struggle with fitting in with the mundane strictures of society, as well as his battle with depression. Whether at a live concert, or trying to get through a nine-to-five job, he’s tormented by feelings of hopelessness. With emotive lines from the script like, ‘I just don’t know how to go on’, and Lowden’s use of body language (slumped shoulders and stiffness during social interaction) the film captures how mental illness embodies your entire life, no matter how much you consciously attempt to recover from it.

Even when Morrissey finds creative satisfaction from his first live gig having been roundly rejected from the industry, he fades straight back into the dark hole and he finds it hard to carry on. Having this constant wavering of emotions throughout the film underlines the constant struggle of dealing with depression and the fear of knowing that at any time, the darkness from within can consume everything. It’s these moments throughout the film where we become really immersed with the musician’s struggle of trying to convey his artistic expression to the people around him.

Over the years, Morrissey has kept his sexuality a private matter, and this film does no different. It merely captures his interactions with the women in his life – including his friend and local art student Linder (Jessica Brown Findlay). Then he’s comically forced into dating his co-worker Christine (Jodie Comer), who he finds revolting. The script makes sure to keep this part of his life vague, and instead of lingering on these awkward sexual encounters, the film instead focuses on the women who made an impact on his life, like Linder and his mother – the latter being the one who really influenced him to stick with his passion for music.

Even though the film’s soundtrack doesn’t contain a single song by The Smiths, the aesthetics of England Is Mine deliver a realistically grim-up-north portrayal of Morrissey’s life before he made history. Director of photography Nic Knowland bolsters the visuals with a vintage sheen, particularly enhancing the gloominess of the city and artistically shot nightclub scenes. The film captures the soul of Manchester, while Lowden’s brooding portrayal of the singer-songwriter unlocks a bit of the mystery behind the man who helped to define the ’80s indie music scene.

The first feature film to portray Steven Patrick Morrissey’s journey of making it into the music industry during his young adult years.

The script plays up the amusing ironies of Morrissey’s interactions with the people around him.

Gives Morrissey and Smiths fans a dose of what life was like for the brooding musician before his days as a leading front man. 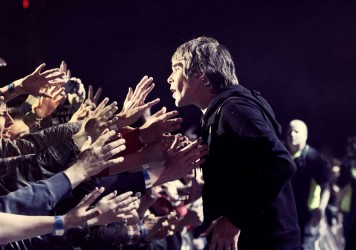