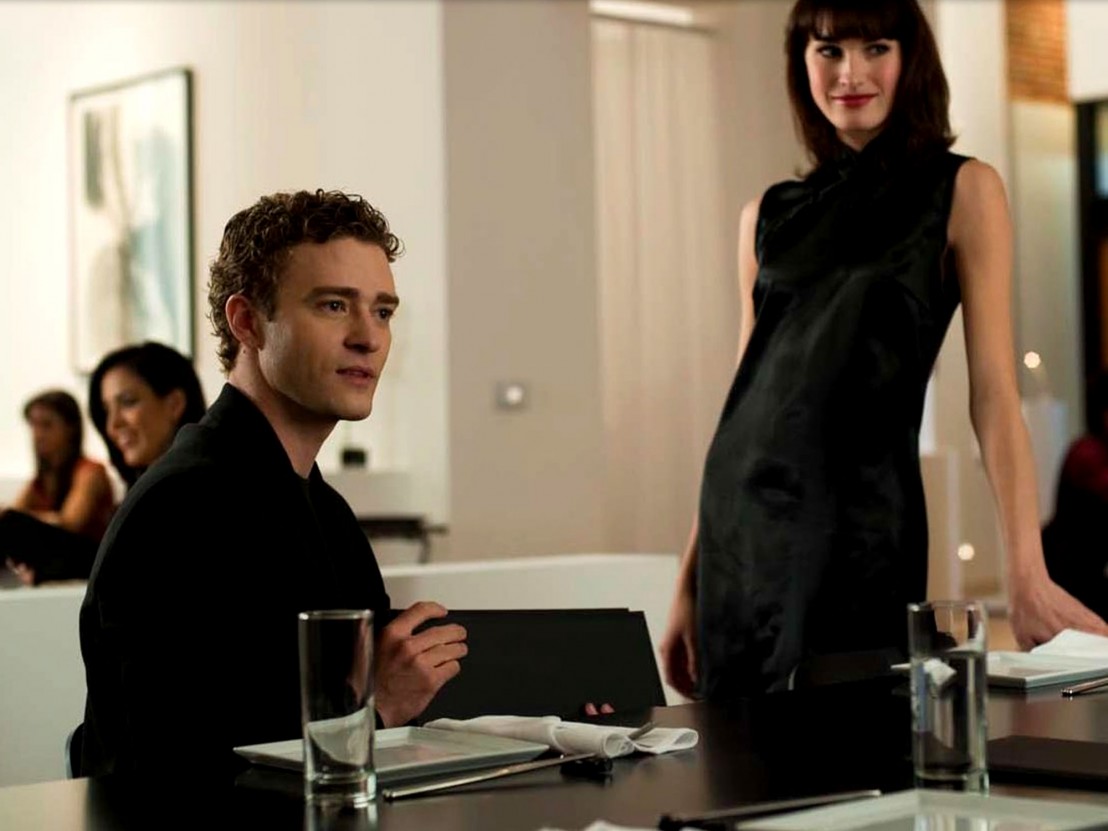 Twenty years since his last big screen outing in Spice World (bygones be bygones), rocket man Elton John is rumoured to be making his acting comeback in Kingsman: The Golden Circle, the sequel to Matthew Vaughn’s madcap riff on the spy genre. Musicians making the leap to movies is a move often met with cynicism. Occasionally, however, the naysayers are proven wrong.

Operating in a different creative capacity, some have succeeded in defying expectation, breaking out from behind their studio polished veneer to show a different and in some cases darker side to their persona. Here are six occasions where the transition from the mic to the movies has yielded some surprisingly earnest performances.

Not content with being the singer, songwriter, guitar, bass and keyboard player in his band The White Stripes, Jack White decided to try his hand at acting in Jim Jarmusch’s 2003 compilation film Coffee and Cigarettes. White later demonstrated his laid back body language and cool demeanour in Anthony Minghella’s war epic Cold Mountain. Charming Renée Zellweger’s Ruby with his mandolin playing and warm southern vocals, White’s performance is a soothing counterpoint to the film’s moody drama. In an interview with The Guardian, White put his success in part down to the “mystique that surrounds him” – a quality that translates effortlessly in front of the camera.

Upon the release of Lars von Trier’s Dancer in the Dark, The New York Times advised: “Come to the theatre prepared, with a handkerchief in one hand and a rotten tomato in the other.” The film may have polarised opinion, but Björk was praised for her lead turn as Czech immigrant Selma Ježková, who moves to the US with her son in search of a better life. With the reality of her situation proving a lot less rosy, Selma finds escape in classic Hollywood musicals. Rumour has it Björk was so miserable during filming she ate her own cardigan. She went on to win the Best Actress award at 2000 Cannes Film Festival for her efforts, successfully turning her pain into cinema’s gain.

In his book ‘Hip Hop Matters: Politics, Pop Culture, and the Struggle for the Soul of a Movement’ S Craig Watkins remarks that, “Eminem’s ability to make his whiteness both matter and not matter is a true Houdini act,” suggesting that he used his whiteness to not only highlight outmoded racial prejudices within the hip hop scene but also undermine them through his mainstream appeal, which seemed to transcend race.

In his first acting gig, Eminem brought a raw authenticity to a semi-autobiographical film directed by Curtis Hanson. 8 Mile chronicles the turbulent rise of the young rapper, and sees Eminem draw inspiration from his working class roots to launch lyrical blows against his rap battle opponents. The provocative star also upset the Academy that year by winning the award for Best Original Song for ‘Lose Yourself’ only to swerve the ceremony itself.

Director John Singleton’s portrait of “hood” life in South Central Los Angeles launched Ice Cube’s film career in stonking fashion. In a 2011 interview with MTV, Singleton claimed he, “knew Ice Cube was a movie star before he knew he was a movie star,” and suggested that the rapper perfectly embodied the role of his character, Doughboy. Ice Cube’s nuanced performance was a physical manifestation of his rapper persona – complete with the misogynistic diatribes – and offered a tender insight into a world where paths often seem predestined and principles are the only form of empowerment.

Courtney Love in The People vs Larry Flynt (1996)

Justin Timberlake in The Social Network (2010)

In David Fincher’s origin story of Facebook CEO Mark Zuckerberg, Justin Timberlake brought his pop-star slickness to the role of smooth talking Sean Parker, the Napster co-founder who claimed a sizeable stake in the social media network’s fledgling empire. Timberlake’s casting raised eyebrows, but his cocksure characterisation of Parker demanded that his foray into acting be taken seriously. It’s a performance that elicits the same reaction you have towards the new generation of sickeningly young app programmers – a mixture of resentment and veneration.