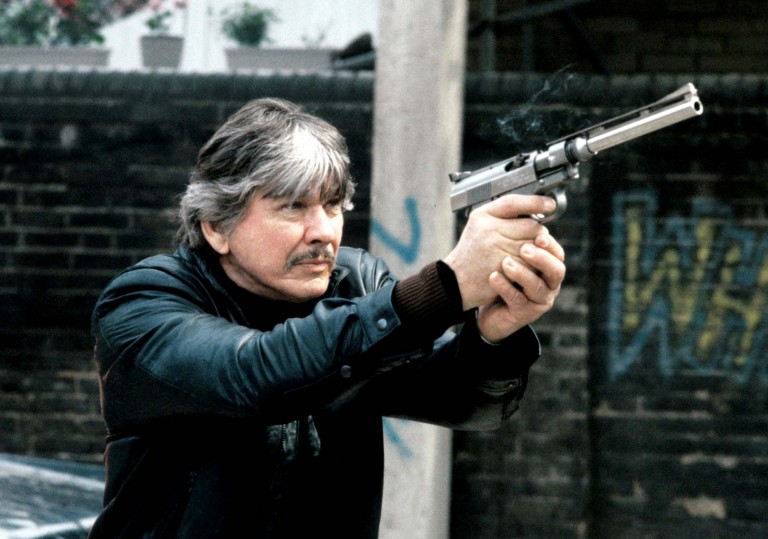 In the wrong hands this could be a disaster.

No matter how you feel about the schlocky oeuvre of Cannon Films (who doesn’t have a special place in their heart for Over the Top?) this scrappy behind-the-scenes exposé superbly captures a moment in time while also revealing the ugly side of a studio whose business model saw them both emulate Hollywood action blockbusters and take risks with edgier projects. Mark Hartley’s documentary focuses on the booming period from 1979 to 1989, when the company was run by charismatic, Israeli-born cousins Menahem Golan and Yoram Globus.

Nestled in between clips of trashy action vehicles for Chuck Norris, Charles Bronson, Sylvester Stallone and Dolph Lundgren, nostalgic anecdotes from crew members and archival footage lies the maddening reality of this testosterone fuelled enterprise for its female stars. “Some people have a cash register where a heart should be,” laments America 3000 star Laurene Landon. Bo Derek recalls the time associates went through her handbag to steal photos for a magazine article. She called them men with “no scruples.”

Richard Kraft reminisces about the time Shelley Winters and Menahem Golan violently argued on set, while Elliott Gould speaks candidly about the time he called him a cocksucker. Alex Winter’s open contempt for the studio will surely give you a new found respect for the actor as he likens his time working with Michael Winner as being part of a “weird carnival.” Many of the actors interviewed also oblige in calling Golan out as being a complete creep.

Some of the interviewees are complimentary about their time working for the cousins, and Hartley nicely balances the negative with the positive. He also includes clips of their work with more reputable directors such as John Cassavetes, Franco Zeffirelli and Andrei Konchalovsky. There’s a fascinating comparison to be made between the material and interviews Hartley has slavishly collected with the documentation of the now defunct American International Pictures as featured in Corman’s World: Exploits of a Hollywood Rebel. The admiration for Roger Corman and his speedily churned out B-movies is a far cry from the disdain these runt cousins inspire. At one point, the star of Breakin’ (Cannon’s highest grossing film of 1984) talks about how he cried at having to be involved in a disastrous sequel to his break-dance movie. And that’s not the only sob story detailed here.

Kudos has to be given to Hartley for lifting the lid on a host of bad practices and making an honest documentary that could so easily have been turned into a juvenile exercise in macho backslapping. The fact that the cousins refused to appear in Hartley’s film so they could release their own version in advance of his encapsulates their out-of-control, ego-driven mindset and the haphazard spirit in which they approached filmmaking. The final irony, though, is that there are numerous obvious comparisons to be made between their business model, which pioneered the pre-sale, and the Hollywood studio system that is still dominated by franchises, sequels and cynical cash-ins.

In the wrong hands this could be a disaster.