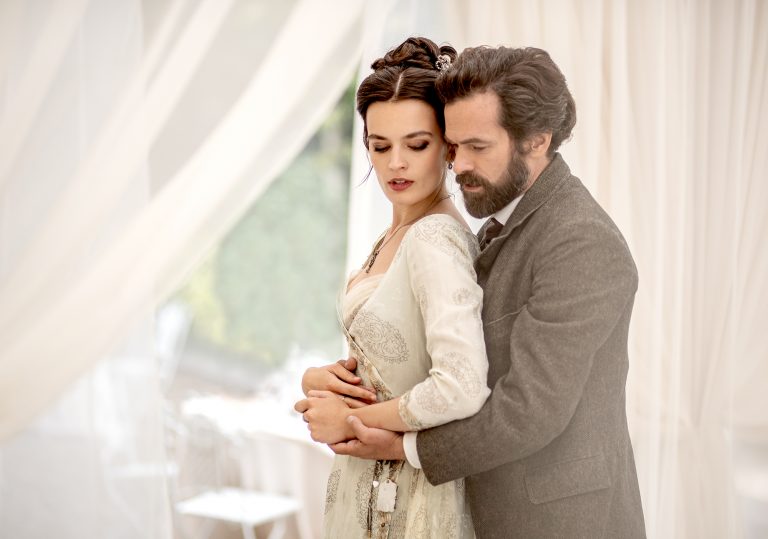 Gustave Eiffel has to think about his entire sex life before he engineers.”

A promising taste of Emma Mackey’s potential as a French-language film star, but little else.

A strong showing from Emma Mackey aside, this biopic of engineer Pierre Eiffel is built on rocky foundations.

Eiffel isn’t so much a biopic of French engineer Gustave Eiffel (played here by Romain Duris), but rather a work of fiction inspired by certain historical facts. It posits why exactly Eiffel had a sudden change of heart in becoming involved with the metal tower project that would adopt his name after initially abstaining.

The facts, according to the film, are as such: during construction of a bridge in Bordeaux in 1860, Eiffel had a passionate romance with a woman named Adrienne Bourgès (Emma Mackey). A wedding was announced but cancelled by her parents. Many years later, Eiffel’s son married Bourgès’ niece, meaning the two were reunited. What the film suggests is that maybe they actually met again before that, with the potential rekindling of a lost love driving Eiffel’s pursuit of the titanic tower undertaking, despite her now being married to his old friend, Antoine (Pierre Deladonchamps).

Martin Bourboulon’s film is handsomely mounted, with visual effects, costuming and production design fully justifying its nominations for France’s César Awards. At the centre, Duris and Mackey have a solid rapport. This is French-British rising star Mackey’s first screen role in French, and she’s charismatic enough to make future French-language features centred on her seem enticing. That said, as engaging as she is, her casting simultaneously embodies the sloppiness of the film as a whole.

Mackey was 23 when the first half of Eiffel’s shoot occurred in the final third of 2019, and 24 when the pandemic-delayed second part resumed later in 2020. According to the records that informed the film’s narrative, Adrienne Bourgès was 18 when she met Gustave Eiffel (himself 28) in Bordeaux of 1860. That year is explicitly stated on screen. When the pair reunite for the first time after decades apart, at a dinner party, it’s 1886 (also explicitly stated), and so Mackey is therefore meant to be around 44 for most of her screen time – an age she absolutely doesn’t look.

There is no discernible attempt to age her up with makeup in the late 1880s scenes. Instead, rather inexplicably, clear attempts with the makeup are only present in the 1860 flashbacks, where the entire solution for ageing her down for when the character’s not yet in her twenties – to make there be a perceptible difference between Bourgès in the two timelines – seems to have just been to give her a fairly strong tan when younger.

The carelessness extends to the very structure of the film. The emotional resonance of the romance isn’t fully realised thanks to the constant jumping around in time. Amusingly, a few flashbacks triggered while Eiffel’s mid-designing the tower involve him and Bourgès romping dangerously close to witnesses. A possible joke about Paris’ most phallic landmark, later undermined by the suggestion of what the tower’s shape is actually supposed to represent (hint: a letter). The last shot of the film spells out the tower’s design’s connection to Adrienne Bourgès with all the subtlety of a sledgehammer.

Gustave Eiffel has to think about his entire sex life before he engineers.”

A promising taste of Emma Mackey’s potential as a French-language film star, but little else. 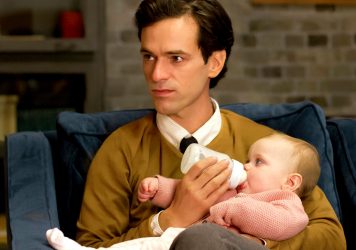