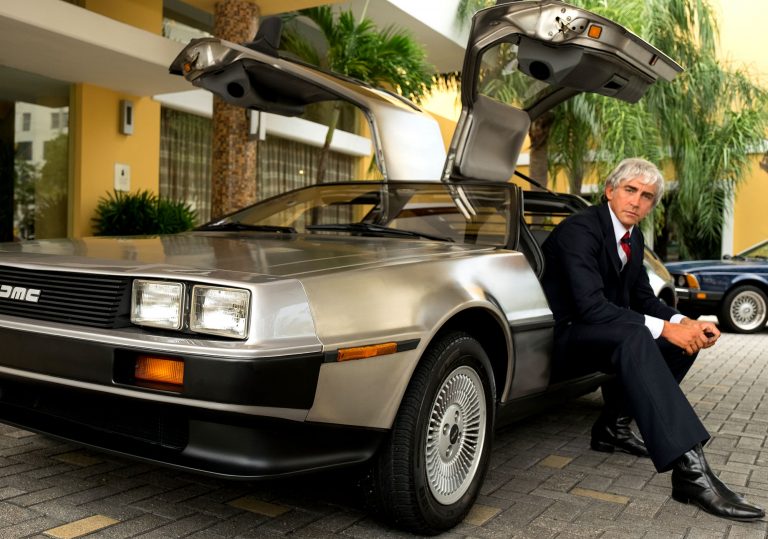 The ultra-juicy John DeLorean story is just waiting to be told properly.

Glossy fun, but doesn’t give this material the respect it deserves.

Someone should give DeLorean the OJ: Made in America treatment.

The true tale, tragic tale of American car engineer John DeLorean is rendered as a colourful, brash but throwaway farce.

There was a film released early in 2019 to barely audible fanfare called Framing John DeLorean, a self-reflective documentary about why no-one in Hollywood had been able to make a film about the automotive clusterfuck that was the DeLorean Motor Company story.

It sees Alec Baldwin addressing the camera directly and rehearsing scenes from the life of the lanky, silver-fox General Motors hotshot who struck out on his own to realise his designs for a stainless steel dream machine, only to end up botching the financials and seeking a desperate cash boost from a hefty cocaine deal.

His professional and personal life is bloated with absurd and unbelievable twists, but its the sheer, thigh-slapping complexity that remains the reason why no studio would pony up the cash to bring this juicy yarn to the big screen. Nick Hamm’s perky, glossy Driven takes a shot at the DeLorean saga, but enters surreptitiously via a side entrance.

It’s actually the story of cheeky, ask-no-questions air courier Jim Hoffman (Jason Sudeikis) who is busted with a compartment full of Class A drugs on his plane, and quickly accepts a plea deal to become an FBI informant in return for remaining out of jail. When the drug dealer who set him up proves too tough to finagle into a sting, Hoffman shifts focus to his debonair next door neighbour, John DeLorean (Lee Pace).

The film is played as a light comedy-drama rather than prestige biopic, less interested in capturing the mood and character of the era than it is milking the crazy situation. The details of Hoffman’s ruse are relayed in flashback via his court deposition where he is sat in front of the indicted, broken DeLorean.

Sudeikis plays Hoffman as a wide-eyed huckster who can’t quite judge his own moral desolation, while Pace (possibly in a different film?) plays it his DeLorean with a very straight bat – an entitled, lantern-jawed sophisticate unwilling to be trampled by Big Corporate America and prove that there’s still a place for the maverick with a plan, even if that plan is dangerously flawed.

The film rolls on at a decent clip, and makes the most of the snappy one-on-one conversation sequences. Yet Hamm and writer Colin Bateman are far too soft on everyone involved, presenting the two “heroes” as misguided innocents ensnared in a web of street crime and FBI corruption. It’s glib tone makes it very forgettable, perhaps to the point that someone else might tackle this rich material and give this controversial figure the objective examination he so obviously deserves.

The ultra-juicy John DeLorean story is just waiting to be told properly.

Glossy fun, but doesn’t give this material the respect it deserves.

Someone should give DeLorean the OJ: Made in America treatment. 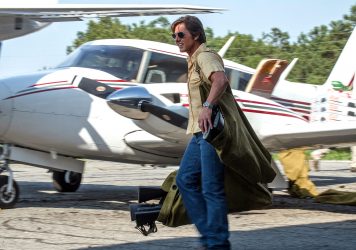