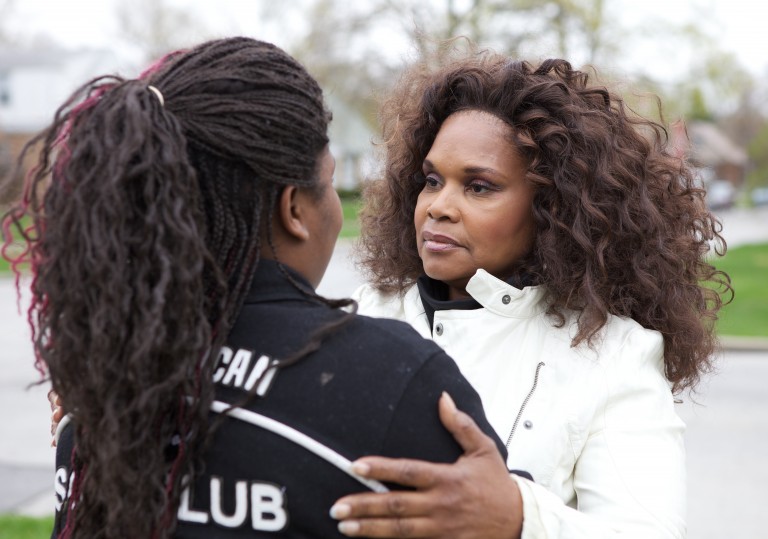 Not to be confused with Lawrence Kasdan’s 2003 hippy-horror trainwreck.

Deeply unsettling, yet the saintly qualities of Brenda Myers-Powell are not up for debate.

Documentaries are movies too, and Longinotto is one of the UK’s best filmmakers.

The time will arrive when documentary filmmaking is considered a legitimate form of artistic endeavour and not some two-bit funtime annex which is easy because it doesn’t require any imagination. Then, the lolly-gagging cultural gatekeepers of the British film industry will dust the canapé scrapings from their flapping dickies and finally recognise the sublime achievements of Kim Longinotto.

Here is a director who, for over 30 years, has remained doggedly focused on the topic of modern feminism, its cultural variants and the callous strategies undertaken by (usually) male oppressors to undercut the status of women as equals. Her films don’t make money, they don’t produce spin-offs, they don’t snag industry awards, but their value transcends such sickly trifles.

To call Dreamcatcher one of her finest films would be a lie, as that would that it is superior to great past works such as Divorce Iranian Style, Sisters in Law and Rough Aunties. It’s equal to those achievements in terms of its nose for an issue or problem rather than a contrived “story”, its expert ability to single-out “characters” and the fluid, compact nature of its structure.

The film documents the grim travails of one Brenda Myers-Powell as she scours the the Chicago ghettos in her Dreamcatcher mobile, dispensing counsel, contraception and a modicum of hope to the many prostitutes and abused women in the area. Once a sex worker herself, this, it turns out, is merely one of a number of pro-bono charitable activities she undertakes, realising that her coalface Samaritan work is only a short-term solution. “We’re in the 21st century. We’ve really got to move ahead now.”

Alongside heading-up confessional meetings at a women’s prison, Brenda hosts after-school workshops in which she attempts to communicate to local teenagers – often through humour and song — what abuse is and how it tends to ruin lives. The heartbreaking core of Dreamcatcher examines the notion that, in these poor communities that have seemingly been left as self-governing barter towns by local authorities, this top-down neglect has led to sexual violence becoming naturalised. The prevalence of abuse is only part of the problem — it’s the fact that young people have been conditioned into thinking that a ritualistic beating or forced sexual encounter is a rite of passage.

Longinotto’s rare skill is in that she makes advocacy documentaries by stealth, espousing the work of certain people and groups without ever having to explicitly state the fact. She trusts her images and her subjects to speak for themselves, and she also trusts the viewer to see what is in front of them and deduce accordingly. While she remains a silent champion of altruistic women, her films are about the gruelling struggles of people who rail against a society in which their rights have needs are not under consideration.

There are extremely haunting moments in this film, and the extent of human suffering depicted is at times almost unfathomable. Yet as with Longinotto’s simple, bracingly forthright filmmaking mode, the solution comes from rolling up your sleeves, pounding the pavements and taking names.

Not to be confused with Lawrence Kasdan’s 2003 hippy-horror trainwreck.

Deeply unsettling, yet the saintly qualities of Brenda Myers-Powell are not up for debate.

Documentaries are movies too, and Longinotto is one of the UK’s best filmmakers.