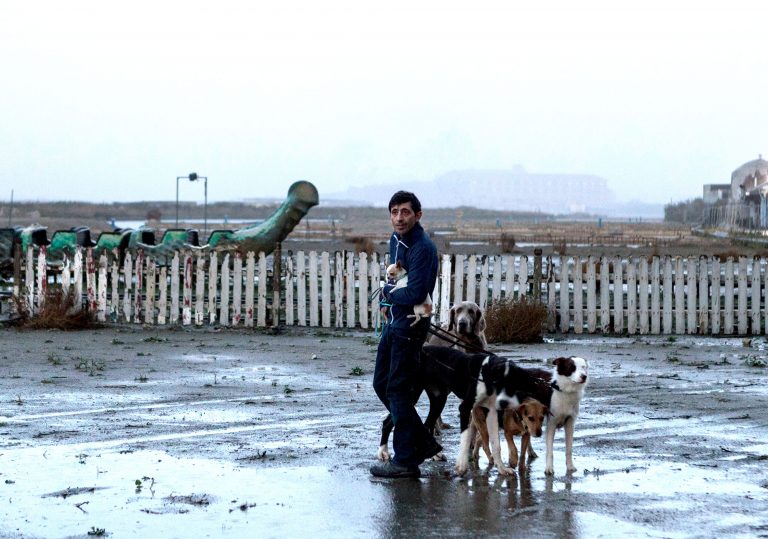 Matteo Garrone returns to the crime-stained streets of southern Italy.

Cracking central performance aside, there’s not a great deal to get excited about here.

Dogs of all shapes and sizes feature in Matteo Garrone’s ninth feature, which sees the Italian filmmaker return to his social realist roots with a low-key crime drama that calls to mind his Cannes Grand Jury Prize winner from 2008, Gomorrah. Man’s best friend is not the primary focus here though – as per the title, the film chronicles the life of a gentle dog groomer named Marcello (Marcello Fonte) who runs a small shop in a rough neighbourhood on the outskirts of Napoli.

Given the authentically gritty setting, where every man, woman and pup is seemingly on the take, it’s unsurprising to learn that Marcello sells cocaine on the side to help pay for regular scuba diving trips with his young daughter, Sofia (Alida Baldari Calabria). Soon, however, Marcello’s illicit dealings see him become mixed up with a hotheaded local brute named Simone (Edoardo Pesce) who’s quick to take advantage of Marcello’s passive nature and diminutive stature.

Marcello’s unwavering kindness towards animals (in one scene he returns to the scene of a burglary to rescue a chihuahua, which one of the robbers has left to die in a freezer) makes him an instantly endearing figure, and although centring such a bleak story around a benign character could be viewed as a cheap, slightly cynical ploy from Garrone, the film benefits greatly from the lighter moments where Marcello is shown washing, walking and generally making a fuss over the various pooches in his care. Still, watching this big-hearted little man being constantly kicked around like a stray mutt makes for uncomfortable viewing.

Dogman is pitched as an “urban western”, and Nicolai Brüel’s dirt-smudged cinematography certainly adds a layer of grime and gloom to proceedings. Yet while the film is compelling enough as an unsentimental portrait of social decay in downtrodden southern Italy, it lacks the thematic muscularity and visceral jolt of Garrone’s earlier work, in particular the explosive Gomorrah and 2002’s The Embalmer, about a middle-aged Neapolitan taxidermist.

In the neorealist tradition of Luchino Visconti, Roberto Rossellini and especially Vittorio De Sica, Garrone’s protagonists tend to be ordinary people pitted against oppressive individuals, factions or larger systemic forces. Their daily struggles are typically depicted as being symptomatic of complex sociopolitical issues beyond their control. To that end, Dogman feels strangely unleashed from reality, the director displaying a basic unwillingness to develop both the central characters and narrative, instead driving home the tedious dog-eat-dog metaphor that forms the basis of this unrelentingly dour fable.

Garrone clearly knows how to construct taut allegorical thrillers on this scale, but following his ambitious, darkly comic previous features (Reality from 2012 and Tale of Tales from 2015) this feels like a comparatively minor work. Marcello’s sympathetic putz schtick really does wear thin after a while (although Fonte works wonders with the material), and there’s a sense of shrugging inevitability about the symbolic act of retribution that closes out the film.

Matteo Garrone returns to the crime-stained streets of southern Italy.

Cracking central performance aside, there’s not a great deal to get excited about here. 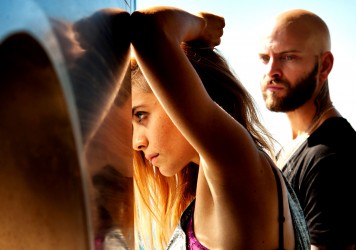