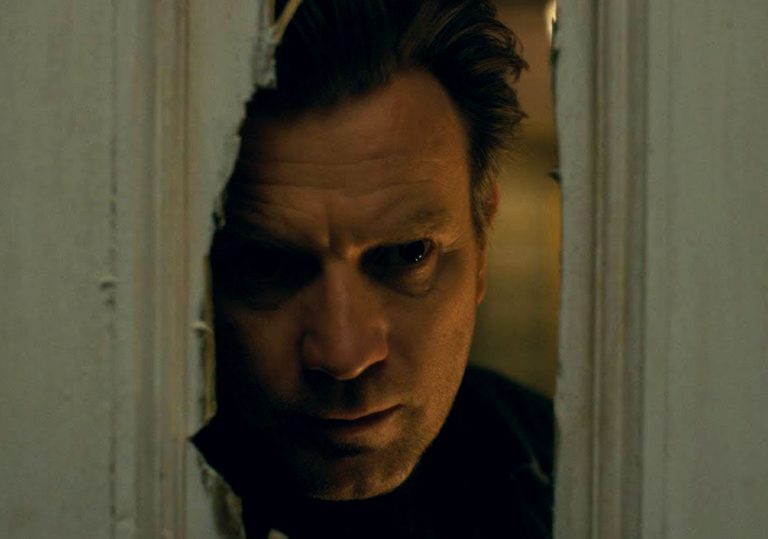 Doesn’t so much outshine the original, as reconcile itself to it.

An impossible task, but trauma hound Flanagan can again.

Let’s call it the battle of the SKs. In 1977, Stephen King publishes his best-selling novel ‘The Shining’, translating into the allegorical language of horror fiction the toll that his own alcoholism was taking on his professional and domestic lives.

Then in 1980, Stanley Kubrick turns that novel into a serious contender for the greatest horror film ever made (certainly one of the most iconic), while taking all manner of liberties with the source material, not least among which is his decision to have head chef Dick Hallorann summarily killed by Jack Torrance within moments of returning to the Overlook Hotel, even though in the book he survives to help Jack’s wife Wendy and their little son Dan get away. Audiences love the film, but King famously (and outspokenly) hates it.

Fourteen years after Kubrick’s death, King published a sequel, ‘Doctor Sleep’, in 2013. With it, he was not just reexamining his drunken past from a position of sobriety, but also reappropriating a narrative that he had in part lost to cinema, even if many readers, as they look at those new words on the page, will still have Kubrick’s strange, not quite symmetrical images playing indelibly in their minds.

In bringing this sequel to the big screen, writer/director Mike Flanagan has had to serve as medium between the living and the dead, finding a way to honour both King’s book(s) and Kubrick’s influential film. That the horror novelist and the Kubrick estate have both given their approval to the finished product is some testimony to Flanagan’s success in negotiating a path between two previously irreconcilable creative standpoints.

In fact much of Doctor Sleep is concerned precisely with tricky communication across space and time. Now in his forties, and still traumatised by his experiences decades earlier at the Overlook, Dan (Ewan McGregor) has long been suppressing his paranormal powers – or ‘shining’ – through alcohol abuse. In other words, this is an adult still in close contact with his childhood, even if, in seeking to escape who he really is, he is ironically becoming just like the father he so fears. Yet like King himself, Dan manages to break the cycle. Washing up in Frazier, New Hampshire, Dan commits to an AA programme.

With his long dulled shine now reawakening, Dan takes a job in a hospice where he helps guide dying patients to the other side, earning himself the nickname ‘Doctor Sleep’. He also finds himself engaging in regular long-distance conversations with young shiner Abra Stone (impressive newcomer Kyliegh Curran), who communicates with him via messages written in chalk on the wall of his rented attic room (a reminder of the written word’s centrality in this mythos).

The powerful Abra has also attracted the attention of the True Knot, a cult-like collective led by Rose the Hat (Rebecca Ferguson) who maintain their own unnatural longevity by feeding on the fear and pain of young shiners. In helping Abra confront this relentless crew of child murderers (each with their own shine-like powers), Dan must also return to the source of all his own damage.

The very idea of an adult having to return to the scene of childhood trauma and face his own demons is familiar from 2019’s other big King adaptation, Andy Muschietti’s It Chapter Two. Except that Flanagan, who has past form with tales of trauma (Absentia, Oculus, Ouija: Origin of Evil, TV’s The Haunting of Hill House), proves far more adept at fleshing out real, credible characters, while Rose is a much more interesting and slippery villain (with all too recognisably human motives) than the cartoonish Pennywise ever was.

Flanagan is also no stranger to adapting King, having made Gerald’s Game for Netflix in 2017, whose shocking scene of a ‘degloving’ injury makes a wince-inducing return here. Mostly, though, Doctor Sleep has the feel of a ‘mutants assemble’ film, recalling the X-Men franchise and especially Paul McGuigan’s Push – there is even one character here (Emily Alyn Lind) whose powers see her referred to as a ‘pusher’, while all sides play mind-bending tricks on each other in a battle for survival.

Flanagan weaves fluidly between the separate worlds of King and Kubrick in much the way that Dan mediates between the living and the dead. To maintain continuity with the film The Shining, for example, Dick Hallorann is indeed deceased here. But Hallorann (played by Carl Lumbly) nonetheless regularly visits Dan as a revenant to provide moral guidance and top shining tips, and so can continue, in keeping with King’s novels, to serve as Dan’s mentor and father figure – which, in a passing of the generational baton, Dan will himself become for Abra. Hallorann’s ghostly return is a well-integrated compromise that allows for a moving pay-off in the film’s final scenes.

Flanagan also finds a way to return to the Overlook – burnt down at the end of King’s novel, but intact at the end of Kubrick’s film – here beautifully reconstructed not just as a haunted house but also as an echo chamber conjuring a familiar cinematic past. Yet in retreading that hallowed ground, Flanagan restores scenes and ideas from King’s original book that were abandoned in Kubrick’s film, and so conjures a spirit of reconciliation and bridges an impossible gap between different fictive dimensions, before finally laying everything to rest (and looking forward to new directions).

And so, much as the terrifying Grady girls – expressly not twins in The Shining but nonetheless uncannily played by actual twins – are listed in this sequel’s credits simply as ‘the Grady twins’, Doctor Sleep finally locates that common space where the two divergent SKs can merge into one. It’s no The Shining, but maybe that is just another way of saying that it is something different. After all, once we have confronted our unresolved feelings about the past, we all, like Dan, need to move on. This finely-crafted, often affecting film points not necessarily to another sequel, but to a future where the Overlook and its eerie occupants have been frozen in time and locked away, forever and ever and ever…

Doesn’t so much outshine the original, as reconcile itself to it.

An impossible task, but trauma hound Flanagan can again.