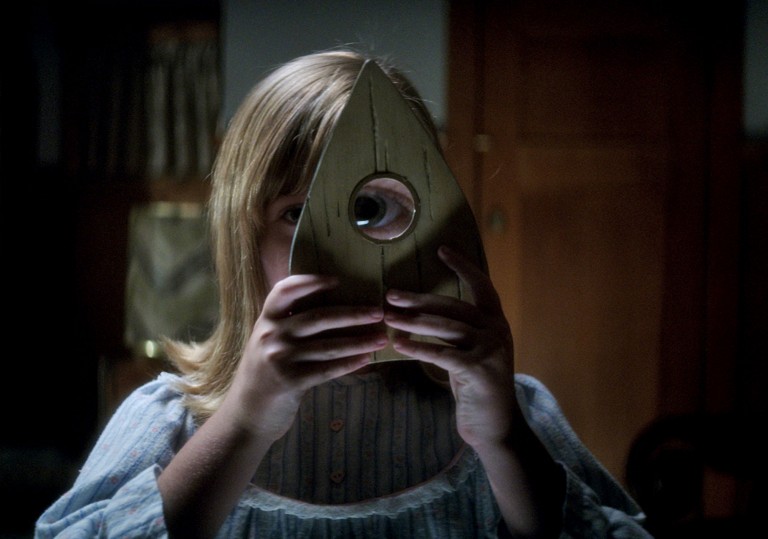 This has everything a mainstream horror franchise entry can offer, and more.

Director Mike Flanagan dramatically improves the fortunes of this would-be franchise with a smart, scary-as-hell horror.

It’s 1967 – even the Universal logo has a distinctly ’60s look to it – and Doris Zander (Lulu Wilson) is being bullied by two boys in the school playground. “You know why people say mean things?” the school’s priest Father Tom Hagen (ET’s Henry Thomas), after intervening, says to Doris. “Because they’re scared. Makes me feel kinda sorry for them, how about you?”

One of several things that makes Ouija: Origin of Evil stand out from the rest of the mainstream horror pack is this sense of real compassion that it establishes even for its most malicious characters, shown to be victims as much as aggressors. Anyone who saw and still actually remembers Stiles White’s improbable (and highly forgettable) Hasbro-Blumhouse co-production Ouija from 2014 will know that Doris herself is destined to become the stitch-mouthed evil spirit who brings hell to the lives of post-millennial co-eds – but here she is, half a century earlier, sweet, loving and innocent, and commanding our sympathies. After all, she is grappling, at age nine, not only with bullying but with the absence of her father, whose death she still does not understand.

Doris and her teenaged sister Paulina (Annalise Basso) help their widowed mother Alice (Elizabeth Reaser) with a seance scam through which she raises money rather than the dead – although Alice’s intentions are essentially good, as she helps others work through the grief and loss that she too is suffering. When Alice adds a rigged Ouija board to the performance, Doris makes what appears to be longed-for contact with their late father, to Alice’s delight – but there are entities from beyond who have learnt a few tricks of their own from Alice’s confidence act, and are desperate to find a voice to communicate the atrocities perpetrated against them.

Ouija: Origin of Evil is bookended by two 20th century events that showed the heights and depths that humanity can reach. As the Zander women undergo their domestic ordeal, there is much background chatter about the possibility of a flight to the Moon (which would, of course, happen two years later); and their home turns out to be a charnel-house mausoleum for the depravities of the Holocaust. The film situates its restless spirits somewhere between these two Poles, letting us hate their sins even as we understand the sinners, so that we see not just the worst but also the best of humanity – including, contrary to genre cliché, a school priest who does not prey upon his young wards, and a teen ‘Romeo’ who is respectful to his girlfriend’s desire to stay a virgin.

In making a prequel to White’s film, director and co-writer (with Jeff Howard) Mike Flanagan not only goes right back to the beginning (while questioning whether there ever really is such a thing), but also brings to the material his own special stamp. For if Flanagan’s 2011 debut Absentia and 2013 follow-up Oculus both concerned siblings haunted by loss and ghostly returns, then those motifs are brought over (from the other side) into Ouija: Origin of Evil. The film is a retroactive response to The Exorcist as much as to Ouija, coming with all the scares expected from a Blumhouse production, but also with well-drawn, likeable characters whose fates engage us and possess our anxious emotions.

The way that Alice and her daughters first pull back the curtain on their own bogus hocus-pocus act before encountering something more genuinely supernatural (if still with its own performative aspects) serves also to reflect the way that Ouija: Origin of Evil deconstructs and then reconstructs the tropes of the first film into a smarter, creepier blurring of fact and fakery. Perhaps cleverest of all, Ouija: Origin of Evil reveals neither true evil, nor true origin: for its ghosts, like Lulu’s bullying tormentors, are themselves victims acting out of fear; and they have their own source, further back in time, opening up the possibility of a pre-prequel and pre-pre-prequel, deferred endlessly into the future. It’s a wise commentary on the elusive nature of both origins, and of evil, which rarely obey the rules of any game. Goodbye.

This has everything a mainstream horror franchise entry can offer, and more. 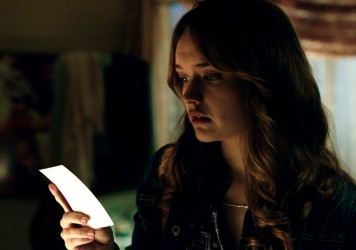 Dire, imagination-free haunted-house horror which says you should never mess with killer ghosts.