Dennis Skinner: Nature of the Beast 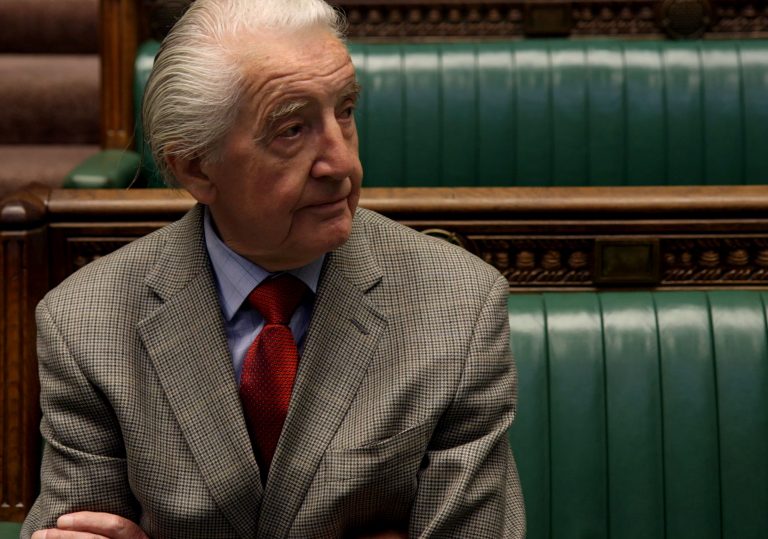 Skinner seems an interesting subject, but wouldn’t a TV documentary have sufficed?

Inoffensive, vaguely interesting, but nothing to get particularly excited about.

Looking forward to seeing Skinner on the front bench at PMQs.

One of the UK’s foremost political firebrands is the subject of this standard issue profile doc.

Dennis Skinner, nicknamed the ‘Beast of Bolsover’ and a Labour MP since 1970, narrates this nuts and bolts documentary about his life in politics. It’s an informative film, but for anyone already well acquainted with Skinner it lacks an element of discovery.

Dennis Skinner: Nature of the Beast, directed by Daniel Draper, gets to the heart of Skinner’s political passion through interviews with the man himself, his family and residents of his constituency. The film relies heavily on the strength of Skinner’s conviction as a champion of the people, the tenacity of its subject making up its formulaic structure.

Bland visuals and a basic set-up leaves it up to Skinner to keep us interested, and to be fair he is a likeable, grounded, relentlessly optimistic and funny individual – in one particularly enjoyable moment he refers to David Cameron in the House of Commons as “Dodgy Dave”.

At its most contrived, Draper couples pretty panoramas of the British countryside with Skinner’s political speeches. The director also captures Skinner’s passion for and extensive knowledge of agriculture (hence the ‘nature’ part of the title), which is best realised when Skinner speaks directly into the camera. A veteran political firebrand like Skinner really deserves a less generic profile though.

Skinner talks about the need to keep up with the times and remain current, yet the style of this film will not appeal to young people. Draper allows the urgency of Skinner’s voice to be dried out by too much rose-tinted reminiscing. At one point, Skinner addresses the viewer and says, “I’m proud to have fought every single day – I’d love to do it again.”

Skinner seems an interesting subject, but wouldn’t a TV documentary have sufficed?

Inoffensive, vaguely interesting, but nothing to get particularly excited about.

Looking forward to seeing Skinner on the front bench at PMQs.