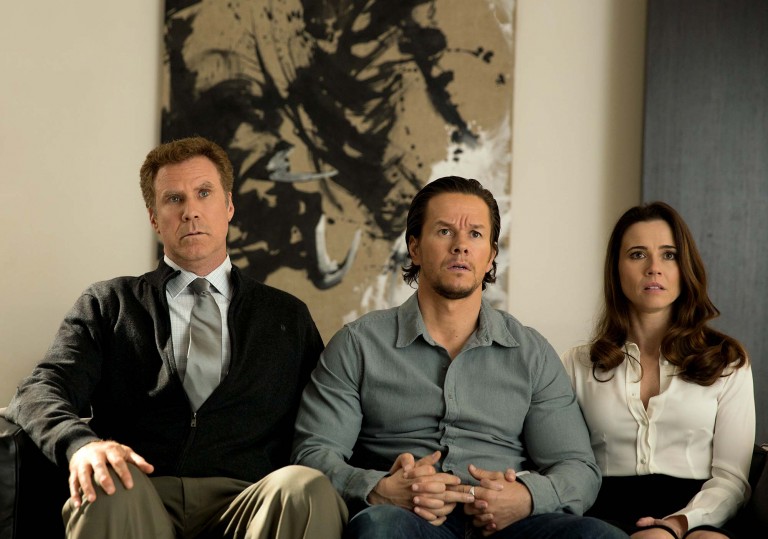 Will Ferrell and Mark Wahlberg sure are swell at being loveable.

An irresistible pairing in a hollow display case of a movie.

Daddy’s Home survives only on the good graces of its stars. Remove Will Ferrell and Mark Wahlberg from the equation, and all is dust. Not the romantic, post-apocalyptic kind – the dust you only discover trapped under your fridge when you’re lying face-down on the floor to weeping over the irrelevance of your own existence. And, as you stare into it, you come to the realisation the abyss doesn’t even care enough to gaze back.

Daddy’s Home is a hollow display case upon which an irresistible pairing is propped. Ferrell is the stepfather to Linda Cardellini’s children. He is earnestness in its purest form. Sure, as an actor he’ll always be most remembered for the brashness of Ron Burgundy, but it’s here that the real core of Ferrell’s comedic identity lies. In optimism, in naivety; in us laughing at innocence destroyed and a man slowly crippling himself into one of those wretched, spiteful creatures we recognise in ourselves.

Wahlberg is the irresponsible tough-guy biological father to Linda Cardellini’s children, only now returning after a lifetime of abandonment. He too possesses a comedic preciousness onscreen. Perhaps it’s due to his perpetually concerned expression, or the fact his voice always rises slightly at the ends of sentences as if constantly seeking approval from some unseen parental figure.

Brought together, both these actors deftly exploit those core fears and insecurities of a challenged fatherhood. A battleground not of thin, fragile masculinity, but one built on the pure, desperate need for those forces of mutual love and parental fulfilment. Desperation always possesses a kind of innate ridiculousness, and so Daddy’s Home unfurls for itself a steady escalation of events. Attempts to win over the children (and the official denomination of ‘Dad’) become increasingly ludicrous: monetary bribing over bedtime stories leads to poorly-judged motorcycle skills leads to Christmas in the middle of April. And so on.

Yet, the natural beats of that rising scale have largely been ignored here in service of a few, key set pieces. Indeed, this is one of those awkwardly-paced comedies that hangs itself entirely on three or four moments written specifically for the trailer; the rest of the film merely poured into gaps like comedic mulch. Everything hangs on skateboarding tricks and forced Kobe Bryant cameos – moments of manufactured spectacle, but not of spontaneous, genuine humour.

Honestly, why not bin the screenplay and just let Ferrell and Wahlberg improvise the whole darned thing? Daddy’s Home may be dust, but at least those two know how to make charming, little dust bunnies of it all.

Will Ferrell and Mark Wahlberg sure are swell at being loveable.

An irresistible pairing in a hollow display case of a movie.