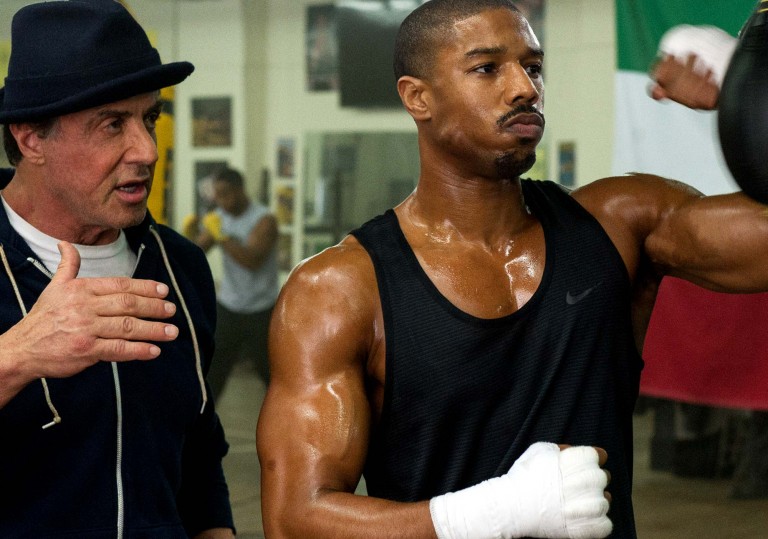 Coogler impressed with Fruitvale Station, but do we really need another Rocky film?

Imagine your life being played out in not just one movie, but a series of films released over decades, capturing each setback, love, loss and triumph. French director François Truffaut did just that for his character, Antoine Doinel, played by Jean-Pierre Leaud, in a cycle of films between 1959 and 1979.

American cinema has an equivalent. His name is Rocky Balboa. But rather than witness boy blossoming into man, as in Truffaut’s films, we’ve seen a doe-eyed, marble-mouthed lunkhead slug his way into the popular consciousness via a string of gruelling professional and personal struggles. It’s fair to say that Rocky (Sylvester Stallone) – last seen pacing the ring with sexagenarian swagger in 2006’s Rocky Balboa – has endured considerably more than 400 blows on his journey. Time, then, for the old man to enjoy some respite?

The answer lies in Creed, an absorbing and electrifying series reboot conceived, directed and co-written by Ryan Coogler, whose 2013 debut, Fruitvale Station – a docudrama about the final day in the life of a young black father slain by police – marked him out as a sensitive filmmaker with a warm, naturalistic style. Rather than marginalise Rocky, Coogler sensibly ushers him into a dignified supporting role as mentor to a new star, Adonis Johnson (Fruitvale’s Michael B Jordan), the illegitimate son of his late rival Apollo Creed.

Adonis is a well-paid white-collar drone and part-time boxer who jacks in his sterile LA existence for the mean streets of Philadelphia. He aims to persuade Rocky, now a restaurant manager, to train him so that he may forge his own legend and escape the long shadow of the father he never met. (Yes, the premise is a little far-fetched, but the brooding, charismatic Jordan sells it, and the actor’s stunningly chiselled physique says more than dialogue ever could about his character’s commitment to the cause.) As the plot kicks in, Coogler doesn’t try to reinvent the wheel: as in many sports films, the protagonist undergoes crises of faith on his journey toward spiritual nourishment. He also falls for the beautiful girl-next-door, a tough-yet-sensitive singer-songwriter played with wit and grace by Tessa Thompson.

Lest Creed sound overly tender and ruminative for a boxing flick, it also packs a serious punch, replete with crunching fight sequences captured by DoP Maryse Alberti in a probing, prowling style. The staggering high point is a duel between Adonis and a local Philly fighter that unfolds in one unblinking, visceral take. And while there’s no flamboyant villain in the vein of Clubber Lang (Rocky III) or Ivan Drago (Rocky IV), real-life pugilist Tony Bellew is understatedly menacing as Adonis’ Scouse rival “Pretty” Ricky Conlan. He’s tough, but never distracts us from the fact that Adonis’ greatest fight is against himself.

At 133 minutes, Creed is a tad flabbier than necessary: a subplot concerning Rocky’s fight with illness, while touching in its own right, slackens the pace. However, Coogler pulls it around for a barnstorming final act and a moving, understated denouement. Jordan – and this film – are both good enough for us to hope that Adonis will be training up a new heir to the throne 40 years from now.

Coogler impressed with Fruitvale Station, but do we really need another Rocky film?