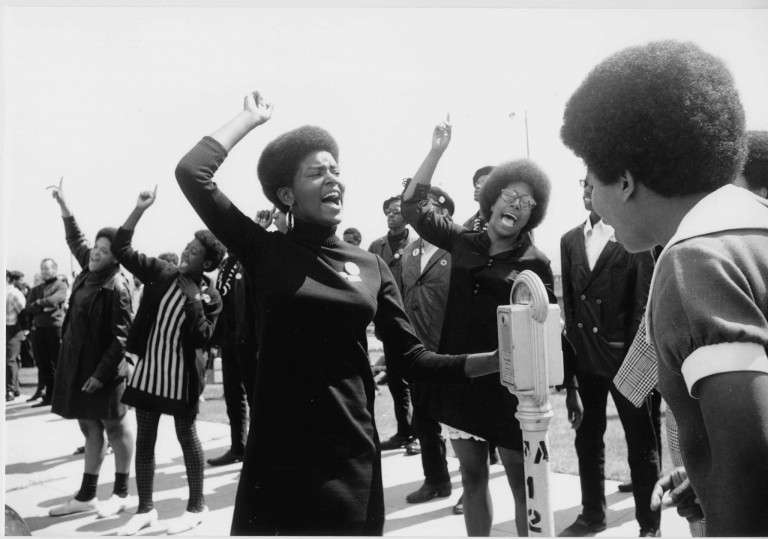 Much festival love for this document of the Black Panther party.

Conventional as a documentary, but speaks about much more than the just the subject at hand.

Taking a subject like the Black Panther movement, it could be very easy for a filmmaker to lose a sense if objectivity regarding his or her subject. Director Stanley Nelson wants to get to the truth of this contentious matter, and even though in this new documentary profile he overlays boisterous archive footage of the Panthers in action – either marching, orating or organising community programmes – with toe-tapping funk sounds, he never entirely expunges the opportunity for criticism from the equation.

The arc adopted by The Black Panthers: Vanguard of the Revolution is one of a fiery idealism scuppered by complex logistics and in-fighting. And not to mention the extreme measures taken by the conservative media and certain government agencies to catalyse the party’s eventual downfall. Ronald Reagan, in his role as governor of California, seemed to be indirectly adopting a political stance which would impact negatively on the work the Panthers were undertaking. But this only dampened their moxie rather than extinguish it entirely.

The film offers a fairly complete survey of the Panthers’ movements from the time when the party was formed in Oakland, California in 1966 right through to the early ’80s and the eventual demise of one of their key personnel, Huey Newton. While all the detail, as elucidated through interviews with key surviving members, is generally interesting (formally, it’s very conventional), it’s the wider ramifications of their actions that supplies the film with added interest.

By way of intimidation, the Panthers would exploit a legal loophole allowing them to brandish high-gauge firearms in public, intended as a show of power to their enemies and a statement suggesting they were willing to retaliate against those who would direct abuse towards them. While conservative gun nuts now go to insane lengths to preserve the rights afforded to them by the controversial second amendment in the constitution, it’s interesting to see the ideological flip-flopping they went through back then as a way to take guns out of the hands of “threatening” people of colour.

Also, one point the film makes is that the Panthers’ politics were in many aspects aligned to that of America’s mortal enemy: Russia. Through their collectivisation programmes and a desire to distribute goods and wealth to all who needed them, the tactics undertaken by the Panthers’ looked suspiciously like socialism. They were a double threat to the less-than-pristine status quo, and it meant that the powers that be were brutal in their strategies to make them into symbolic patsies. In many ways, the film works better as a reflection on the woes of contemporary times than it does as a historical document.

Much festival love for this document of the Black Panther party.

Conventional as a documentary, but speaks about much more than the just the subject at hand.