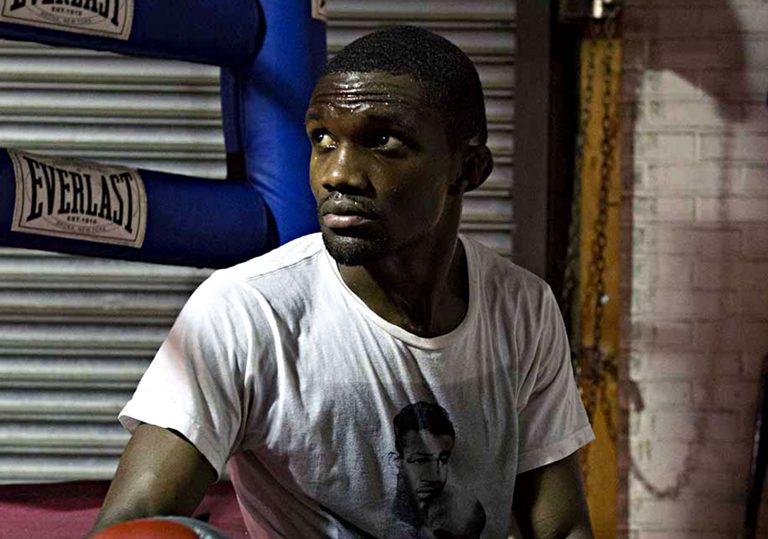 A doc centring around one of boxing’s most beloved and historic competitions: the New York Golden Gloves championships.

It’s got to be the mark of a well-told sports story that it makes you cheer out loud while you’re sitting in a room by yourself.

This triumphant film is almost an advertisement for the incredible power the sport has in working-class communities.

Community spirit and the sense of personal empowerment found in amateur boxing is the subject of this moving doc.

Thoughtful and engaging, Cradle of Champions is the kind of documentary that one might put forward if asked to argue the case for boxing’s continued existence in the face of detractors. It follows three protagonists as they compete in boxing’s most famed and historical amateur competition, known as The Golden Gloves tournament. The New York branch of the Golden Gloves is often a ticket to the professional level, i.e. fame and money for those lucky and talented few.

As such, these is a phenomenally important ten week period for the young athletes from the New York City area who are competing. Making a documentary around this exciting and pressurised time in an amateur fighter’s life seems like easy pickings, but first-time filmmaker Bartle Bull’s character-driven approach works above and beyond the parameters of that built-in drama. The film builds inexorably toward the semi-finals and then the finals of this prodigious tournament, but the heft of the emotion emanates from the humanity within it.

Two of the fighters Bull follows – Titus Williams and James Wilkins – are in the same weight class and thus will eventually face one another. Titus is older and more self-assured, with a previous Golden Glove championship under his belt and a tight, disciplined fighting style. “He’s a nice churchgoing kid. Just not so nice in the ring,” his trainer aptly summarises. James is younger, more unruly, and sometimes finds it difficult to take instruction from his coaches. He was raised by a cash-strapped but loving family and has a tendency to buck against authority.

The third fighter is introduced to us feet first, with a close-up of her red-painted toes on the scales. Nisa Rodriguez is a single mother from the South Bronx with five Golden Glove championships to her name. She came to her love of the sport in her teens, and since then has become the ‘fighting pride’ of her notoriously low-income neighbourhood, teaching all-girls basketball in her time away from the ring and raising her young son. Everything about her seems touched by an infectious warmth and energy.

At the amateur and neighbourhood level, the retired cops, marines and firefighters who train these young people are also given a look-in. Two such men, Pat Russo and Joe Higgins, are making a committed and measurable service to the young people in their areas. Gang violence is minimised by the existence of alternative recreational activity, and values around discipline, control and respect are encouraged.

Bartle places particular focus on Joe Higgins’ story, as he was a firefighter on duty during 9/11, losing friends and suffering major damage to his health in the subsequent years. As he movingly points out, going to the gym every day helps him as much as it helps the kids. Besides, retired police officer Pat deadpans, “They couldn’t believe they got the opportunity to hit a cop and get away with it.”

Sadly, the film informs us that from 2007 onward, many of these free boxing programmes and their gyms have been closed by the PAL (police activity leagues), in spite of their marked effect on preventing crime and fostering relationships between communities and law enforcement. With an eye towards reversing that and a powerful empathy for its protagonists, Cradle of Champions deserves credit for its touching, introspective look into the importance of this sport for working-class kids.

A doc centring around one of boxing’s most beloved and historic competitions: the New York Golden Gloves championships.

It’s got to be the mark of a well-told sports story that it makes you cheer out loud while you’re sitting in a room by yourself.

This triumphant film is almost an advertisement for the incredible power the sport has in working-class communities. 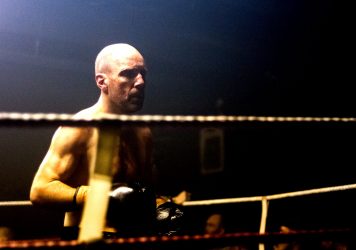