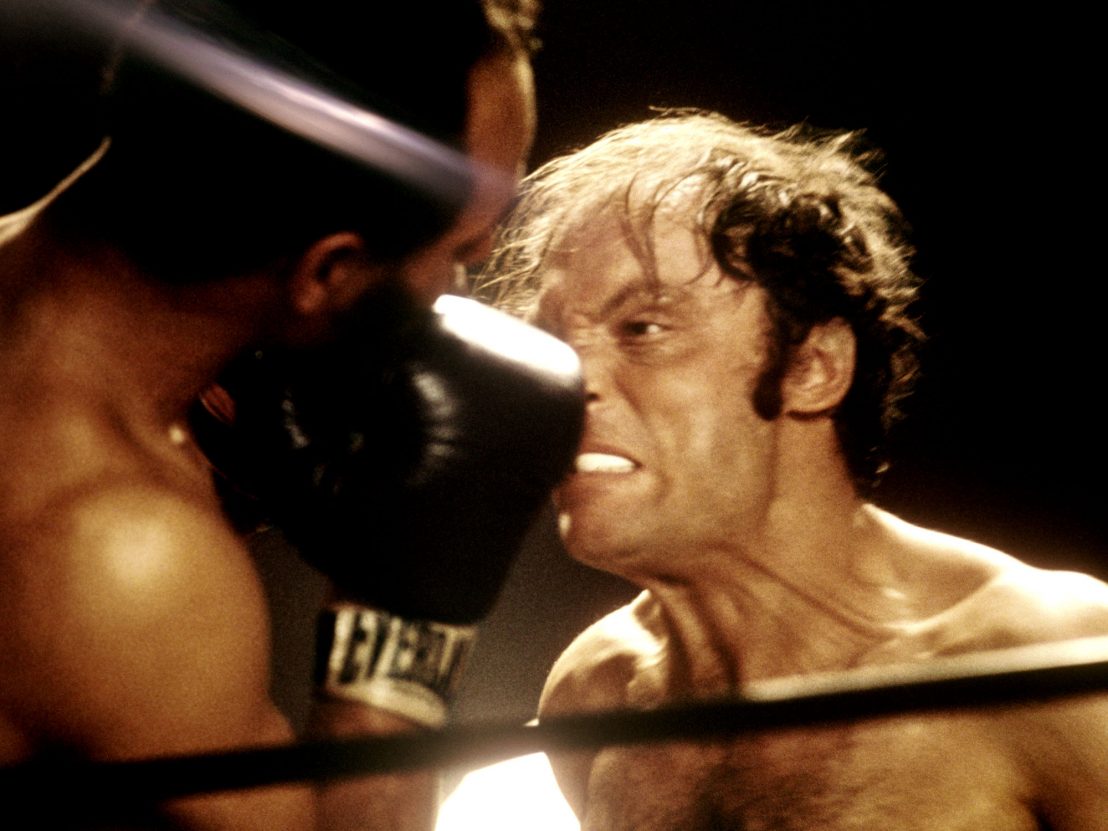 Boxing films remain as popular as ever – arguably more so than the sport itself – but in 45 years none has matched the poetry of John Huston’s Fat City. A little seen and vastly underrated skid row drama, the film nimbly eschews convention, sidestepping almost every narrative beat associated with the boxing genre. This is not a straightforward underdog story but rather a sensitive look at mediocrity and misfortune. A New Hollywood bruiser soaked in blood, sweat and booze.

Billy Tully (Stacy Keach) is an alcoholic labourer approaching middle age with nothing to his name but the unfulfilled promise of glory in the ring. When he meets young boxer Ernie (Jeff Bridges, in one of his first roles), he is inspired to mentor the kid and get back into training, perhaps for one more chance to become a champion.

Plucky young novice, hardened mentor, a shot at redemption – so far, so familiar. But the story of Fat City, which Huston chose to adapt for its similarity to his own boxing experience, takes an uncommonly realistic look at what it means to go for greatness. Tully makes a sincere promise to get back into shape, but his circle of friends, circumstances and diminished self-belief prevents him from sustaining any momentum. There are no transformative training montages here, only the daily grind that slowly chips away at his confidence and the possibility of redemption.

While he may be pathetic, Tully is sympathetic in his earnestness. His swings between hope and despair are shaped by an inconsistent, precarious sobriety that’s often at odds with the social life that sustains him. When his fighters lose, he is quick to offer consolation and excuses, plying them with beer and platitudes. In a world that demands a degree of ruthlessness to succeed, perhaps he’s too forgiving. His ambition is not matched by discipline, so it never becomes more than a pipe dream. If becoming a champion is a one in a million shot, then Fat City is a film for all those other guys who quite don’t have what it takes.

This unromantic view of boxing is best illustrated by a scene in which two ageing coaches criticise their young protégés for abandoning the sport, and then list the injuries they have accumulated through their own commitment while quietly recognising how little they have received in return. Underneath their masculine bravado is the fear of waking up one day to realise that they’ve become the cautionary tale – the guy who has grown old fast and is dying slow.

Keach is wonderfully cast, a lumbering presence with bulk that could go either way to corpulence or brawn. He has a look of mischief in his eyes reminiscent of Jack Nicholson, but it’s been dulled by drink and successive blows to the head. He meets the similarly wayward Oma, a cantankerous but charming barstool philosopher, and the two become lovers through their shared burden of hardship and love of alcohol. Oma offers Tully companionship but is threatened by his return to form, as the demands of success could be too much to bear.

As Oma, Susan Tyrrell delivers one of cinema’s greatest drunk performances. Her face is constantly strained from weeping as she bemoans the cavalcade of injustices delivered upon her by men. Her voice is a husky, minor-key monotone, at once shrill and beguiling, maintaining its clarity even in the midst of a screaming contest. It’s a riveting, audacious and slightly terrifying performance.

Like any boxing film, Fat City ends with a climactic fight that offers the hero either a chance for triumph or a path to the gutter. But the fight itself is sad rather than exhilarating, as the fighters – both in poor health – repeatedly fall into each other in exhaustion. There’s no victory to be had, not for the loser, ominously heading towards a much worsened illness, nor the winner, who comes away with only a little cash and a lot of pain.

Though it presents a direct, unvarnished look at depression and alcoholism, Fat City doesn’t share the coarse grit of social realist cinema. This is gracious, soulful filmmaking, sentimental but candid and not without humour, attuned to a masculine attitude of toughness that weathers life’s joys as well as its trials. It’s a film about the people who don’t go anywhere, for whom hope, while it may be useless, is absolutely necessary. Sure, life may give you a hell of a beating, but you still stay on your feet to see out the clock. 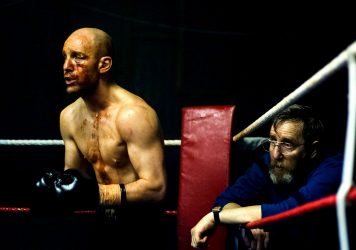