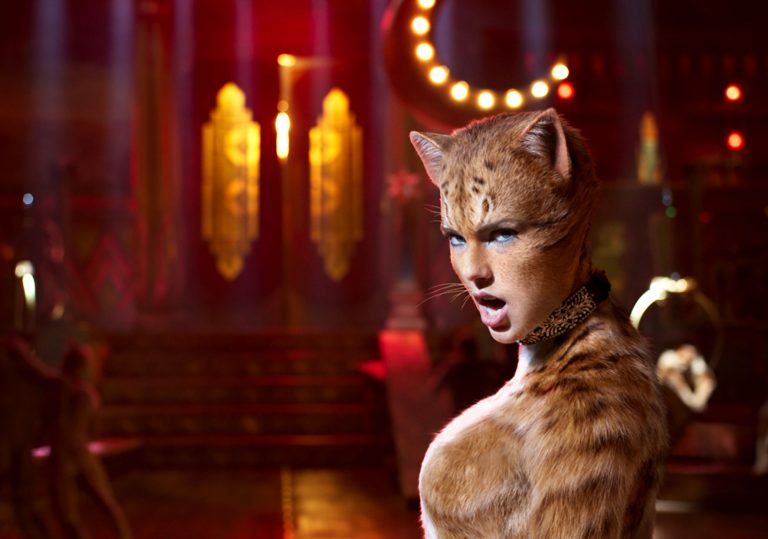 I felt the light inside me slowly fading.

In the autumn of 2015, I adopted two lovely stray cats while living in Berlin. After I took them to the vet to be neutered, they returned with upset stomachs due to the anaesthetic used. I left them alone for a few hours while I went to the supermarket – when I came back, in either a random tragedy or a deliberate act of feline revenge, one of them had managed to direct his explosive diarrhoea all over the bottom shelf of my bookcase.

Naively I assumed this was the most abhorrent cat-related incident I would ever bear witness to. I suppose, in some twisted way, I should be impressed Tom Hooper has managed to best this horrifying visual experience with his all-singing, all-dancing abomination.

Based on Andrew Lloyd Webber’s smash-hit 1981 musical of the same name (in turn based on TS Eliot’s book of cat-based poetry, ‘Old Possum’s Book of Practical Cats’), this sung-through musical concerns the antics of a feisty group of felines in early-20th century London, on the eve of the Jellicle Ball. For the uninitiated, this annual celebration of music moggies is when they decide which of their number will ascend to a new life on the Heaviside Layer. Their means of making this weighty decision is a variety show, in which prospective candidates take their turn to perform a routine about why they are the pussy most deserving of a new life.

Perhaps now is a good time for me to quickly answer a few frequently asked questions:

What is a Jellicle Cat?

The term just refers to largely nocturnal, slightly scruffy cats who convene at the Jellicle Ball. Some have homes, some do not. They come in all shapes, sizes, and vocal ranges.

Who is in this film, and who do they play? 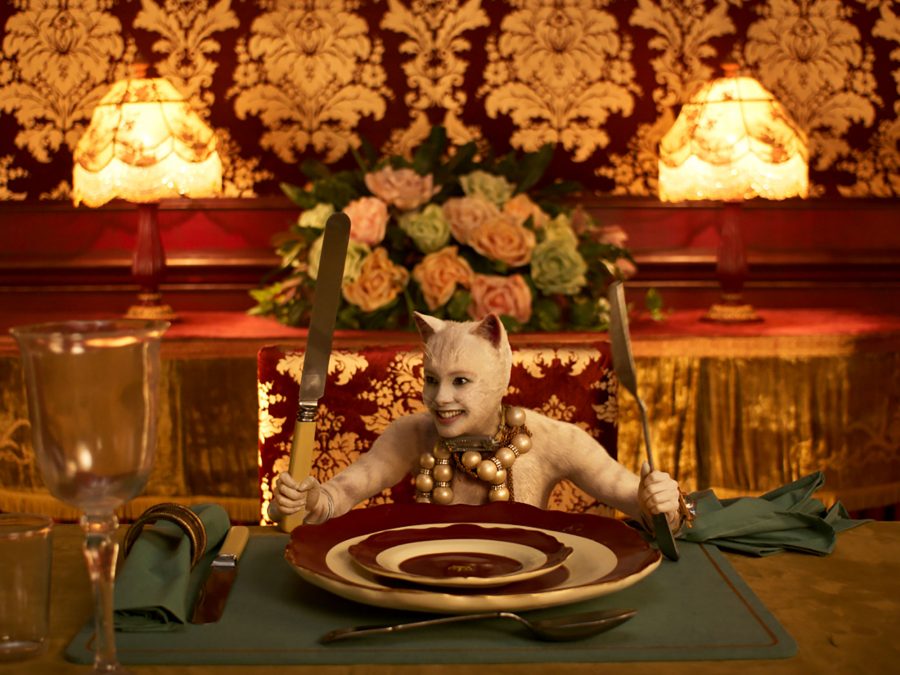 With these basic queries taken care of, there’s the matter of Digital Fur Technology to discuss. Much has been made of the amount of time, effort and money that has been spent on transforming some of the most recognisable stars in the world into their feline avatars. Perhaps Hooper and co expected it to look something like the photorealistic creatures of Disney’s The Lion King, but the effect is truly horrifying, like a Snapchat filter created by David Cronenberg.

The cats have ears and whiskers and tails, but human faces, hands and feet. Some cats are furry, some are unnervingly shiny and smooth. Some cats wear actual fur coats on top of their own literal fur coats, others do not. There are no rules. Nothing about the design of these demonic CGI creations make sense.

In a soulless rendering of 20th century Soho, they gambol around Trafalgar Square and Piccadilly Circus, flitting between milk bars and theatres and for some reason, a barge on the Thames. In an attempt to transform the theatrical production into something that works in film, the role of Macavity in increased, allowing Idris Elba to swagger around purring and chuckling as if this is the most expensive pantomime ever staged.

Screen and stage legends Judi Dench and Ian McKellen maintain a truly admirable level of professionalism and dignity even dressed as cats. McKellen’s solo number is genuinely sweet, with a level of tenderness and frailty that is gone in a flash, and in a plot twist for the ages, Jason Derulo provides one of the few high points of the film by doing a cockney accent to play the oversexed Rum-Tum-Tugger.

Taylor Swift has clearly done her homework, and belts out show-stopping number ‘Macavity’ with all the pomp of a peppy teenager determined to nail her Brit School audition, but the rest of the cast vary in credibility from ‘just about passable’ to ‘outright painful to watch’. Corden and Wilson, a noxious double charisma vacuum, are only here for fat jokes, while Jennifer Hudson sobs so violently throughout her performance of ‘Memory’, it’s as though Hooper was just out of shot holding a gun to an actual kitten. (New addition to the setlist, ‘Beautiful Ghosts’, penned by Swift and Lloyd Webber, is completely unremarkable.)

The stage show of Cats works because of its inherent simplicity. There is a single set, a single premise. Each cat sings their song, and that’s that. The physicality works in close quarters because you can see every twitch, every pirouette, every stitch on the costumes and flash of colour in the face paint. Hooper’s adaption is ugly, rendered in half-cooked CGI, and crucially it fails to remember that the focus should be the performers. Pervasive handheld camerawork and distracting angles pulls focus from the technical impressiveness of the dance choreography; ballet, jazz and tap routines are lost to a director who never seems to know where he should be focusing his lens.

If even an ardent fan of both actual cats and Lloyd Webber’s Cats can’t find joy in Hooper’s version, it seems unlikely that newcomers to this world will find much to enjoy. This sad folly is a testament to not knowing when to say when, and proof that theatre and film can (and should!) co-exist happily. Not every stage show needs to be adapted into film, and the art forms are distinct, offering different things to the audience. To think of the money wasted in creating this monstrosity is to wonder if we really deserve nice things at all, or if hell is empty, and all the Jellicle cats are here.

I felt the light inside me slowly fading. 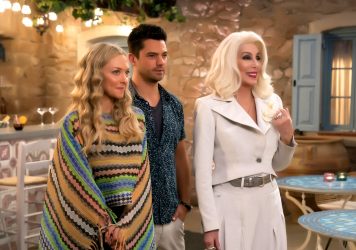 This triumphant sequel to 2008’s ABBA musical is the most purely enjoyable big screen experience of the summer.