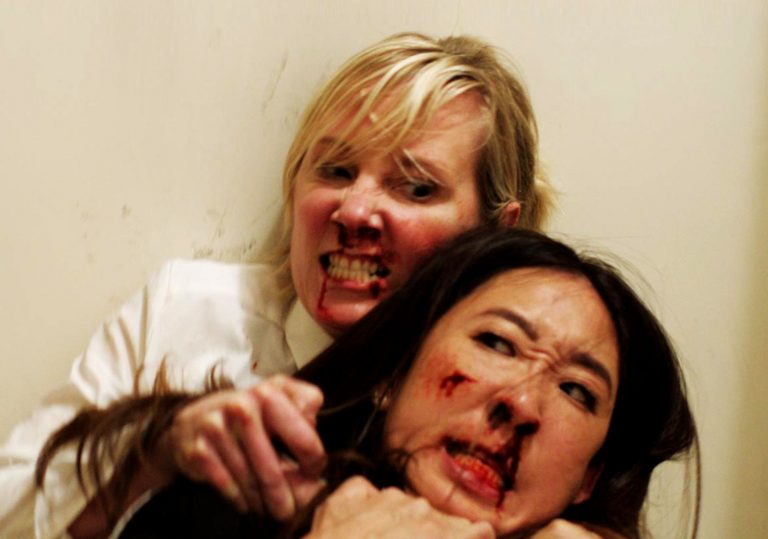 Two great actors and a ballsy comedic premise? We’re in.

Even when the humour doesn’t pay off, Heche and Oh are never less than captivating.

Tukel’s farce could certainly hit harder. But with performances this committed, that hardly matters.

It’s a sad and often-repeated truth that there just aren’t that many great film roles for actresses of a certain age. But here’s another, admittedly much stranger truth: not every week brings the opening of a raucous indie comedy in which two wonderful and woefully-underrated actresses over 40 get to pummel each other to (near-)death.

Whatever its shortcomings, writer/director Onur Tukel’s gleefully unhinged Catfight earns and maintains our respect for providing Anne Heche and Sandra Oh with the meatiest roles either has been handed in years. Oh is Veronica, a snobbish, upwardly-mobile bourgeoise who likes to steamroll her sensitive son’s artistic dreams and guzzle her Cabernet, much to the chagrin of her war profiteer husband. Heche is Ashley, a struggling, self-important painter whose graphically violent illustrations repel any potential buyers, much to the chagrin of her caterer partner (Alicia Silverstone). Ashley and Veronica were once pals in college, until the latter decided to split for suspiciously ambiguous reasons.

When their paths randomly merge at a party for the boss of Veronica’s husband, each woman, now in middle age and long-estranged, is filled with anger and ready to lash out at the other. What follows is a savage brawl that leaves Veronica in a coma. She wakes up two years later, penniless, alone and suffering from memory loss. Ashley, meanwhile, is newly-pregnant and a rising star among the New York culturati, thanks to a recent spate of provocative, anti-war paintings. She has risen dramatically in class but won’t reside there for long, at least not once Veronica gets ahold of her.

Tukel follows this crisscrossing structure throughout Catfight’s three acts, each one punctuated with a show-stopping skirmish of blood-spurting, bone-crunching proportions. Tukel is aided in these endeavours by some creatively amped-up sound design and, especially, the go-for-broke efforts of Heche and Oh, who do plenty of heavy-lifting during some of the film’s lumpier passages. Catfight’s social circles and downtown milieus, brought to life with funky understatement by production designer Estee Braverman, are certainly specific enough.

But the gags are predominantly broad and the cynically-minded commentary, which touches on everything from cultural capitalism and art world smuggery to the current political climate and the fickleness of success, doesn’t run very deep. Tukel has assembled an enviable, rotating gallery of New York’s finest character actors, including Dylan Baker as a hysterically stone-faced doctor and the lovely Myra Lucretia Taylor as Veronica’s kindly maid, but they’re hardly on screen long enough to make an impression beyond their allotted scenes.

It’s up to Heche and Oh, then, to make this story register as something more than just a series of madcap scuffles. And both actresses deliver with two perfectly prickly performances that add more comic dimension and personal variation to the story than what exists on the page. Their emotional alertness, in particular, comes in handy when Tukel decides to take this jazzy film into darker, drearier terrain. Neither Heche nor Oh is afraid to play the sadness of a scene, to shed a tear or underplay an especially mordant comeback at the risk of losing a laugh.

By taking the material so seriously, both actresses ultimately transform this jaunty, vengeful pseudo-satire into something actually sobering – a tragicomedy that, at its best, stings and then aches like a punch in the face.

Two great actors and a ballsy comedic premise? We’re in.

Even when the humour doesn’t pay off, Heche and Oh are never less than captivating.

Tukel’s farce could certainly hit harder. But with performances this committed, that hardly matters. 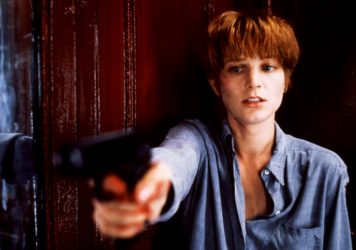 A TV reboot of Single White Female is in the works 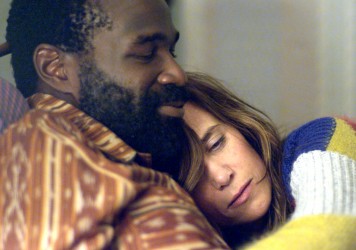