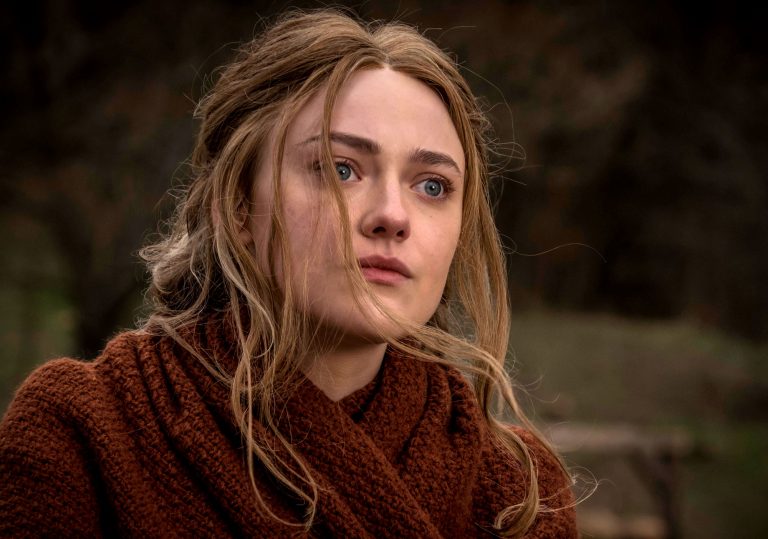 Some nice ingredients, but all placed together, tastes pretty foul.

The tall, one-eyed preacher in the long black coat strode slowly to the altar, the cold jangle of his spurs the only sound to be heard in the spartan chapel. His lean face is wind-chapped and weathered. He was handsome once, but his features have long been hardened by the evil of men and the fury of his own belief. Surveying the parishioners, he begins his sermon in a voice that is at once beguiling and unyielding. “Beware of false prophets…”

It’s impossible to know if the script for Martin Koolhoven’s Brimstone starts with those exact lines, but these things usually do. It’s a badass opening that works for everything from Delta blues songs and loopy Manga comics to humdrum video games. And while it may be a little hackneyed and sophomoric, it sets the board out nicely and allows for some blustery monologuing. It’s a scene that’s fun to write and to watch, as well as being catnip for prop-gnawing actor-types.

The trouble is, when the sermon is over and the church doors open, scenes like these cease to write themselves and the heavy loads of plot, motivation, structure, characterisation and world-building are added to the saddle-bags. 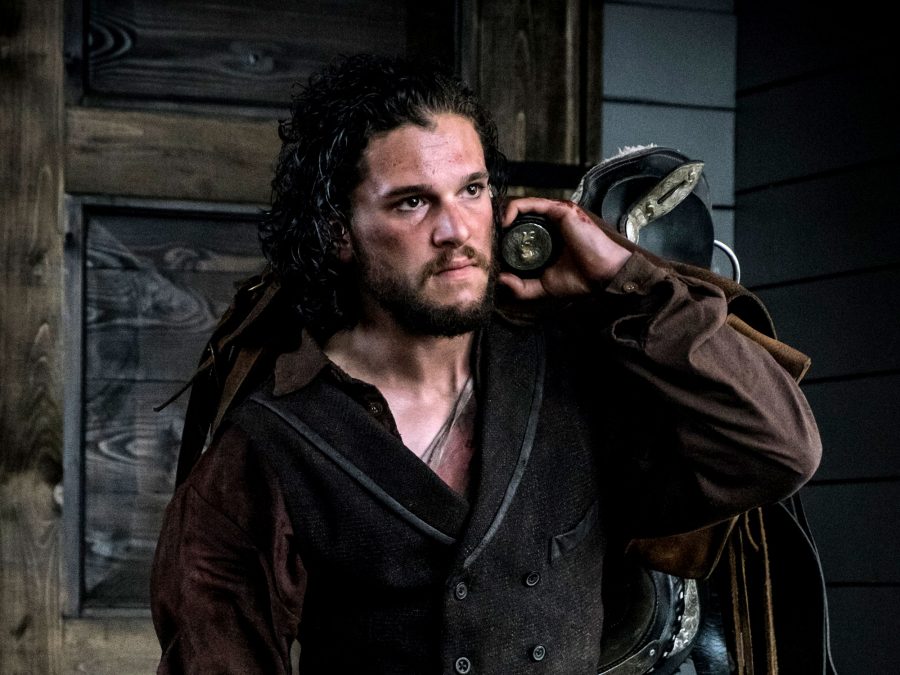 The film doesn’t wholly buckle under these demands, but neither does it ever truly steady itself enough to set off in an entirely consistent, distinctive or credible direction. Its whopping 148 minute runtime feels less suggestive of grand ideas or epic scope than of the filmmakers’ hope that if they keep the cameras rolling, inspiration will spring from behind a rock.

Guy Pearce is the preacher who arrives into a town of black bonnets, pale, insular northern European settlers, pig farms and fiercely-styled neckbeards. It soon becomes apparent that his biblical ire is specifically directed at Dakota Fanning (mute) and her adoptive family (unremarkable, disposable). Fanning-Pearce, naturally, have a long and turbulent history that is recounted through a series of portentously inter-titled chapters that unfold back through their violent, God-bothered relationship.

This backward-spooling structure is nothing especially innovative (Pearce himself has red-hot form in the genre in the shape of 2000’s Memento) but here it adds significantly to the plotting and gifts our central pair a mystique that they – ultimately – do not deserve. Pearce is swiftly revealed to be nothing more than a sexually-maddened religious nut (who morphs from boiling-point puritan to omniscient boogeyman at the drop of a broad-brimmed hat) and Fanning an innocent turned ingenious survivor who will do anything to escape the bloody orthodoxy of her tormentor. Does that make Brimstone a Miltonian spin on feminist emancipation, or just a slasher movie with frock coats?

The road to hell is rather famously paved with good intentions, and for all of Brimstone’s Promised Lands, Solomonic wisdom, sacrificial lambs, Infernos and desert wanderings, it is fundamentally little more than a well dressed, handsomely conceived theo-thriller with ideas – some of them decent, but all of them familiar – a little above the station of a crazed revenger. If you have a tiny gap in your rootin’-tootin’ Rolodex between Deadwood and The Assassination of Jesse James, this will slot right in, never to be used.

Some nice ingredients, but all placed together, tastes pretty foul.