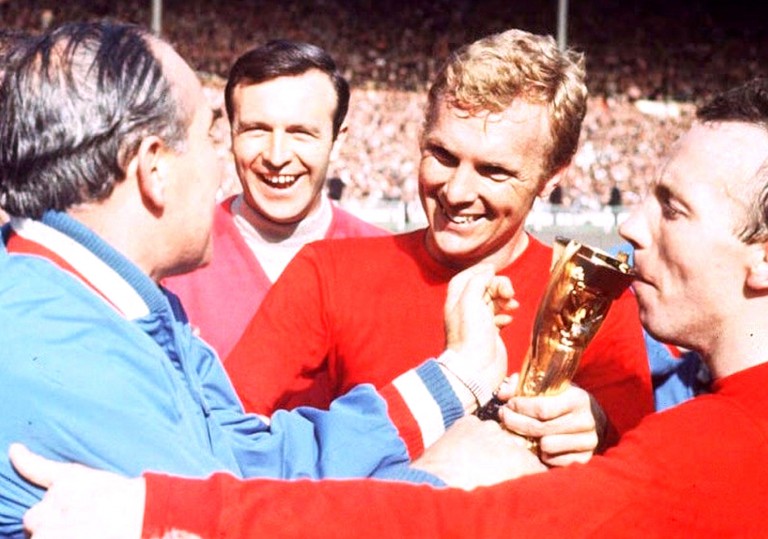 Bobby Moore is England’s greatest ever captain. What else is there to say?

Quite a bit, apparently.

As sporting biopics go, this one is pretty decent.

For reasons too great and tedious to get into here, England will never again lift the World Cup. At least not in my lifetime. That’s not a cast-iron guarantee, obviously; as any Leicester City fan will attest footballing miracles do occur from time to time, no matter how seemingly unlikely. Just not to those perennial nearly-men selected every couple of years to represent the Three Lions on the international stage.

Given the unerring regularity with which this admittedly pessimistic yet wholly rational and sincere belief is reinforced, England’s single visit to football’s top table becomes all the more remarkable and romantic when put into context. The national team’s dismal record at major tournaments (50 years of hurt, but who’s counting?) will always be offset by the winning exploits of Alf Ramsey’s World Cup heroes, in particular England’s eternal captain, Bobby Moore. But how much, if anything, can a new documentary about the man most synonymous with that momentous occasion tell us that we don’t already know?

We know, for instance, that Bobby was different class – a top, top, top, top player – and that his humble East London roots made him a poster boy for what in the 1960s was still very much a working-class game. He was a born leader and role model to millions whose popularity transcended sport. But there was more to him than this, a vulnerable, somewhat tragic side that very few ever saw.

In focusing predominantly on Moore the player, this entertaining feature documentary in turn reveals something about the man. It also does an excellent job of providing a balanced insight into Moore’s life – courtesy of emotional tributes from his two wives, Tina and Stephanie, and daughter Roberta – which was evidently one of extreme highs and lows both on and off the pitch. It’s by no means the full picture, but serves as a handy primer on his influence and legacy.

Initially director Ron Scalpello appears intent on adding to the myth, mining famous scenes from Moore’s career for maximal nostalgia (that the film’s title is styled ‘Bo66y’ in the opening credits is a clear enough indication of this). So we kick off with misty-eyed eulogies from the likes of Harry Redknapp and Ray Winstone, as well as ex-teammates Geoff Hurst and Martin Peters, each of whom wax lyrical about how one of their own led England to victory against the old enemy. It’s all a bit fuzzy and ineffectual.

Yet while it may be absolutely necessary to include sentiment-wringing archive footage of “Moore-o” hoisting the gleaming Jules Rimet trophy aloft against a backdrop of blue-skied national euphoria, it’s to Scalpello’s credit that he proceeds to shift the focus away from ’66 and all that. Skimming over subsequent World Cups – swapping shirts with Pelé and that tackle in Mexico ’70; the ignominy of failing to qualify for the finals in West Germany four years later – to the reassuringly buoyant tune of theme song from The Great Escape, we begin to learn about Moore’s personal struggles and late career fade into obscurity via a string of “impossible jobs” managing non-league Oxford City and lowly Southend Utd, to doing local radio commentary with Jonathan “JP” “Pearce-o” “Sancho Panza” Pearce.

The film ends on a slightly sour note, with Redknapp castigating the FA and Moore’s beloved West Ham for not doing enough to involve and honour him while he was still alive – a view supported (albeit begrudgingly) by current FA Chairman Greg Dyke. Although statues were erected posthumously outside Wembley and close to West Ham’s now defunct Boleyn Ground, it’s telling that Moore did not receive a knighthood (latent cockney and West Ham supporter Russell Brand’s assertion that some people are knighted not by monarchs but by the people feels especially glib). A trivial footnote, perhaps, but by far the film’s biggest revelation concerning Moore’s often complicated relationship with the game he loved.

Bobby Moore is England’s greatest ever captain. What else is there to say?

Quite a bit, apparently.

As sporting biopics go, this one is pretty decent.