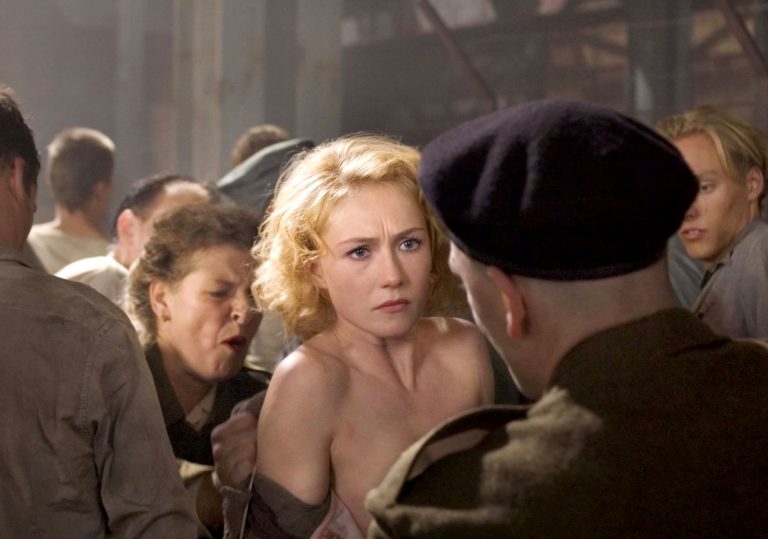 The follow-up to Hollow Man? No ta.

The master is back at the top of his game. Perhaps his best film to date.

Would you want to see it again. Yes. And no! Damn you, Verhoeven.

Bleak truths are a currency Paul Verhoeven enjoys dealing in. From the fighting and fucking that coloured early work like Spetters, right down to the square-jawed Übermensch of Starship Troopers, he is dogged in his mission to provoke, tease and offend by making the viewer seriously question who they’re rooting for.

Now he’s back on Dutch turf for the first time in 20 years, and the result, Black Book, is a delightful mélange of the quasi-exploitation Verhoeven who produced such rough gems as The Fourth Man and Soldier of Orange (which this film most clearly resembles), and the shrewd, calculated master of thrills who brought us RoboCop and Total Recall. This is a highbrow blockbuster, but, as always with Verhoeven’s work, there’s a cruel twist to be had.

Star-in-the-making Carice van Houten plays Rachel Stein, a Dutch Jew in Nazi-occupied Holland who, upon witnessing the murder of her entire family in an elaborate sting concocted by the uproariously wicked Nazi officer Franken (Waldemar Kobus), decides the best thing she can do is join the resistance movement.

There, whilst moonlighting as a cabaret singer, she falls in love with a sympathetic member of the Nazi top brass, an unwise move that thrusts her into a gulf of moral uncertainty, where a rigorous questioning of personal affinity becomes a matter of life and death.

Van Houten’s performance is almost worryingly committed, as she turns on a dime from sardonic and sassy while fending off the numerous sexual advances of her male cohorts, to throws of genuine anguish when she is stripped and covered in human shit as punishment for her suspected involvement in Nazi dealings.

More a thriller than a war movie, the action is still coloured by a sense of vivid historical recollection (that of the director’s own youth) and rip-roaring, narrative-driven adventure. By turns violent, sexually frank and deeply engaging, the plot twists barely stop, even until the horrific Planet of the Apes-esque finale, which forces us to realise that our plucky heroine is far from safe, while also ushering in Verhoeven’s almost dutiful sense of moral needling.

But where a film like Starship Troopers wore its allegorical subtext on its sleeve, Black Book seems the more studied, insidiously bitter film as we leave the cinema in a state of dissatisfied satisfaction; hating ourselves for enjoying it. For two hours we’re at the director’s total mercy, and boy does it feel good.

The follow-up to Hollow Man? No ta.

The master is back at the top of his game. Perhaps his best film to date.

Would you want to see it again. Yes. And no! Damn you, Verhoeven.