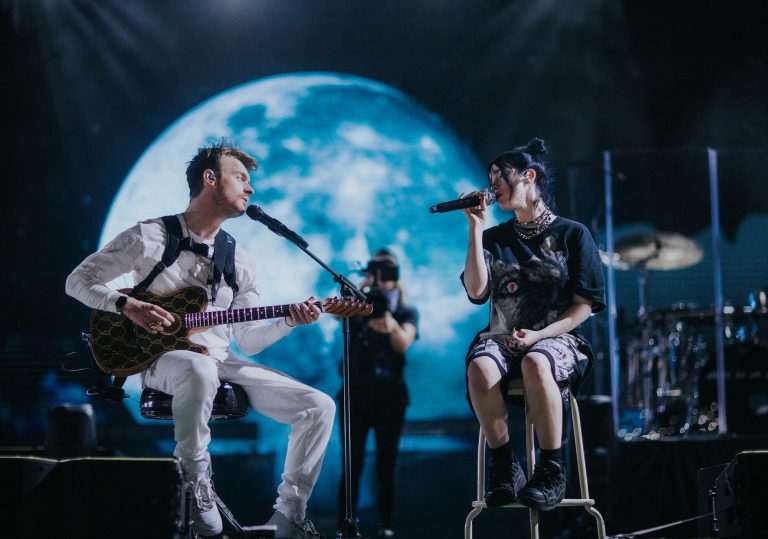 Everyone seems to be getting one of these docs.

An absorbing and refreshingly unvarnished look at one of our most distinctive rising stars.

Billie Eilish Pirate Baird O’Connell is not like other teenagers, lest you be fooled by her Rick and Morty backpack or the fact that she’s a card-carrying Belieber. The World’s a Little Blurry, a new documentary from director RJ Cutler, aims to reconcile that side of Billie with singer-songwriter Billie Eilish, the 19-year-old who has everyone from Tyler the Creator to Elton John singing her praises.

Unlike most films of its ilk, Cutler’s doesn’t walk us through Eilish being discovered and signed so much as quickly get that story out of the way. (Interscope Records snapped her up in 2016 on the heels of the SoundCloud upload ‘Ocean Eyes’, which she’d made – like everything else in her catalogue – with her older brother, Finneas.) The film is most concerned with what happened in 2019, 50 million Instagram followers later: her debut studio album ‘When We All Fall Asleep, Where Do We Go?’ which turned her into a record-breaker multiple times over.

While the documentary has been in the works since 2018, Eilish’s family seemingly started saving footage for one long before then (or perhaps it’s just that she’s lived out the entirety of her teens in the smartphone era). Indeed, Apple TV+ is an apt home for the project given how much of it was #ShotOniPhone. She still lives in the house she and Finneas grew up in, and it’s mesmerising to watch the siblings assemble her debut album from scratch, if not in their childhood bedrooms then during found moments on the road. Combined with the many self-recorded family business meetings we witness, it sometimes feels as if we’re Zooming with the O’Connells, and not in a bad way.

Cutler’s film illustrates how these whirlwind years in Eilish’s career have also been some of her most formative personally. She pursues her driver’s license, which she wants so that she can occasionally be alone, a rarity for her between her helicopter parents and the whole global stardom thing. She falls in and out of love with a man she calls “Q”, whose existence the doc is retroactively making known. She experiences a turbulent Coachella – mostly gut-wrenching, but with one hilarious incident involving Orlando Bloom – until the festival is saved by none other than her idol Justin Bieber, who politely holds her head while she sobs into his chest.

Perhaps because Cutler had final cut on the film, it feels notably less stage-managed than many of its analogues even if there are certain narrative ellipses. In that spirit there are numerous difficult but refreshing scenes of Eilish discussing her history of self-harm, experiencing Tourette’s-related tic attacks, and lecturing her team after she’s compelled into a label schmoozefest disguised as a meet-and-greet.

The World’s a Little Blurry clocks in at 140 minutes, and while they’ll surely fly by for fans, there’s no real reason why it couldn’t have been a cool two hours. There’s an overabundance of on-stage sequences, and arguably there didn’t need to be multiple romantic calls had over speakerphone. These blips aside, Cutler has put together an absorbing portrait of one of our most distinctive rising stars, one who doesn’t appear to be going anywhere anytime soon.

Everyone seems to be getting one of these docs.

An absorbing and refreshingly unvarnished look at one of our most distinctive rising stars. 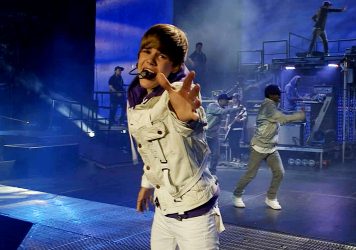 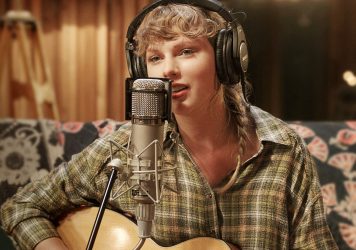