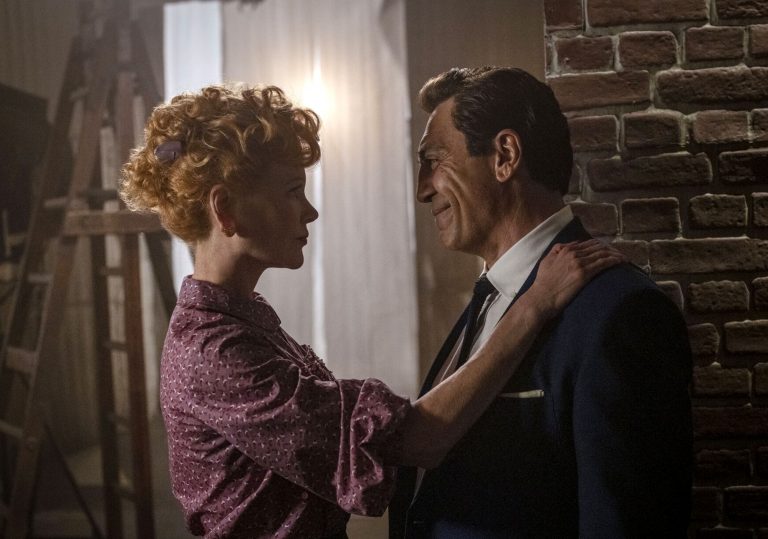 Interesting enough for a biopic, but Kidman looks… odd.

Oh, how I long to swap snide remarks over cocktails with Kidman while Bardem sings “Cuban Pete”...

Certain things age like fine wine; others like warm milk. Set in the antiquated world of cosy American sitcoms and 1960s gender politics, Aaron Sorkin’s Being the Ricardos explores the relationship between small-screen legends Lucille Ball and Desi Arnaz, creators and stars of I Love Lucy. As the opening mockumentary-style interviews tell us, at its peak the show regularly pulled in 60 million viewers – it was so popular that businesses would change their opening hours to accommodate it.

We meet the couple in a “compound fracture” of a week: a magazine has accused Desi of cheating; Lucille is pregnant and being accused of being a communist at the height of McCarthyism. Despite these being real events, Sorkin takes creative licence by compacting them into the same working week, showing Ball and Arnaz dealing with the fall out in between table reads and blocking rehearsals.

Yet while the characters are consumed with the production of the show, the film uses it as only a means to an end. We see flashes of Ball figuring out the minutiae of the physical comedy, the logic of the dialogue, and the composition of each frame – it’s deeply unfunny stuff, but serves to highlight her dedication to her craft and the super-seriousness of her approach.

Ball and Arnaz are a very different people to Lucy and Ricky. Kidman’s Ball is a quick-witted, Katharine Hepburn-esque ice queen, drawing deep on a cigarette before landing insults in a sharply-tailored suit. She’s given period-appropriate arched eyebrows and prosthetics to round out her face, which to be fair to the makeup department, aren’t nearly as eerie as the trailer suggests, but still feel superfluous. Kidman’s performance is strong enough: why couldn’t she have been trusted to convince us as Ball without the rubber cheeks?

“Sorkin largely contains the action within I Love Lucy’s sound stage, which only intensifies the central relationship.”

Unhampered by prosthetics, Javier Bardem is sensational as Arnaz, selling the character’s intelligence and devilish charm. Although casting a Spanish actor to play a Cuban icon is evidence of Hollywood’s failure to address the erasure of Latinx actors, Bardem is otherwise perfectly suited to the role. Having been chased out of Cuba by the Bolsheviks, Desi became an extremely patriotic American despite being treated as a second-class citizen. The love between him and Lucille is deeply felt, but his narrow idea of masculinity means that, for all that he wants Lucille to come see him perform, it pains him to watch the crowd turn away to gawp at her.

In reality Arnaz was the president of Desilu Productions, and while Lucille was certainly the face, she insisted to anyone who would listen that he “runs this show”. While ostensibly Being the Ricardos gives Desi his dues, Sorkin presents us with a complex and flawed man, one whose heritage was weaponised against him in the same way that Ball’s gender, age and appearance were weaponised against her. Tragically, the film posits that rather than empathising with each other’s plights, this drove a wedge between them – one that no amount of romantic gestures could bridge.

Flashbacks aside, Sorkin largely contains the action within I Love Lucy’s sound stage, which only intensifies the central relationship. Lucille declares that the only time her marriage truly exists is on stage, and she (like Sorkin) unwisely clings to this notion. In the second act, nods to the show’s elaborate set-pieces, repeated discussions around camera blocking and a laboured entrance joke are a real drag; far more interesting is the dynamic between Ball and the female co-workers who call her out feminist lapses.

Some classic Sorkin’ and talkin’ brings energy to proceedings – particularly when Bardem threatens to pull someone’s lungs out of their throat – but Being the Ricardos falls apart in a third act that feels forced and anticlimactic. While Sorkin, Kidman and Bardem breathe life into these sitcom icons, their lives ultimately prove too big and too messy to fit within this film’s constraints.

Interesting enough for a biopic, but Kidman looks… odd.

Oh, how I long to swap snide remarks over cocktails with Kidman while Bardem sings “Cuban Pete”... 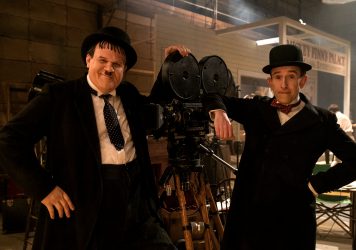 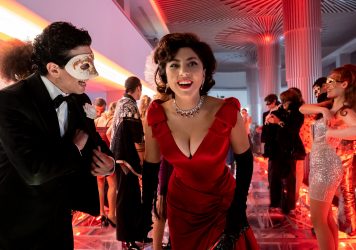