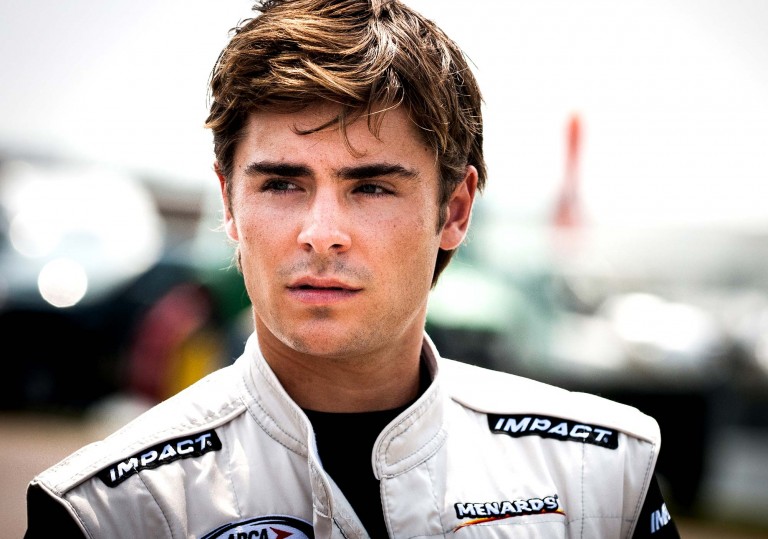 Zac Efron is so dreamy.

Unless you’re a NASCAR nut, you’ll probably want to swerve this one.

Whether in times of jubilation or tragedy, nothing quite epitomises the bulletproof community spirit of smalltown USA quite like a hearty crowd rendition of The Star-Spangled Banner. In At Any Price the famous anthem reverberates with patriotic fervour around a stock car derby, where Dean Whipple (Zac Efron) is about to make a huge step towards realising his dream of becoming the next NASCAR sensation.

It’s an occasion of mixed emotions for father Henry (Dennis Quaid), a proud Iowa crop seller who, having already seen his eldest son turn his back on the family business, is desperate for Dean to pick up the reins. Henry epitomises one of the largest crises facing agriculture in America today. In this age of mass-consumption and extensive GMO farming, modest homegrown business like the Whipple’s are being forced to adapt or risk being swallowed up by an industry in flux. It’s time to get big or die, but with no one in line to keep on plowin’ Henry’s prospects look bleak.

Plenty of food for thought here, then. And yet while director Rahmin Bahrani’s corn-fed family drama deals in simple home truths, there’s an unsettling lack of moral fibre at the film’s core. Henry, for example, speaks about the virtues of loyalty and listening yet practices neither, all the while neglecting his responsibilities as a father and husband. Then there’s Dean.

Efron is particularly good as the headstrong son who’s determined to forge his own path. Yet too much of the film’s dramatic impetus relies on Dean’s angsty disposition, and his actions often feel irrational. In one scene, he shoots up an auto shop to steal a part, before promising his doting teen girlfriend (Maika Monroe) he’ll never do anything to endanger their love again. Later he shares a steamy moment with his father’s lover (Heather Graham, giving legs to a horribly underdeveloped bit character) in a cornseed silo in a scene that’s as passionless as it sounds. It’s all a bit unnecessary.

Those discretions are merely aperitifs, however, for the film’s pivotal scene, which sees Dean commit a terrible crime that inexplicably goes unpunished (unless you consider a guilty conscience due sentencing, that is). There is a knowing irony in the fact that Dean’s recklessness ultimately forces him to give up his dreams and accept his inheritance, but the fact that it takes such a serious atrocity to put the Whibbles back on top leaves a sour taste in the mouth.

Zac Efron is so dreamy.

Unless you’re a NASCAR nut, you’ll probably want to swerve this one.