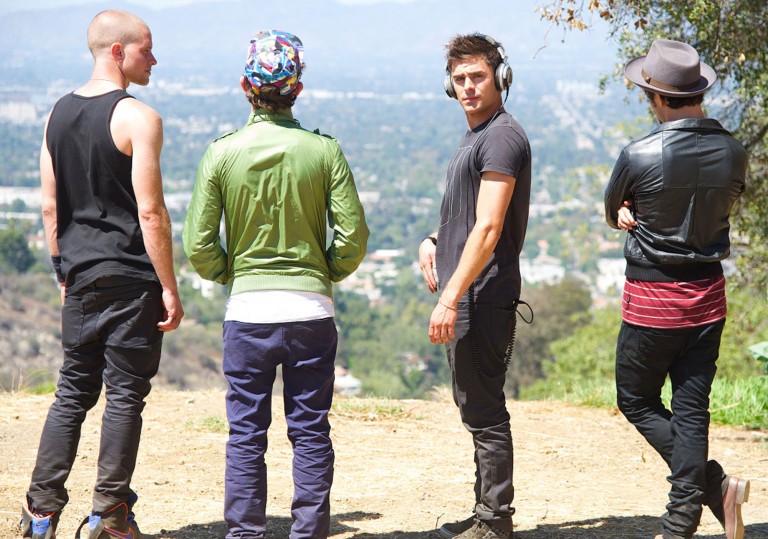 It does look like a glossy, pre-packaged version of Mia Hansen-Løve’s Eden.

And it is that, but Efron’s affable everyman act helps things through.

Aggressively predictable, but with a decent, fist-pumping finale.

They say music is life. “They”, of course, are henna tattoo-sporting, wind chime-hoarding, trustfund-reaping dude bros wearing designer vests and who use partying as an existential comfort blanket – a way to not have to engage with a world that’s going to shit right in front of them. In We Are Your Friends, the snappy, clappy debut feature from Max Joseph, life also ends up being music, as Zac Efron’s wannabe, puppy-eyed house DJ Cole plays a storming set only when he’s able to channel his manifold earthly woes into one banging signature single.

Where Mia Hansen-Løve’s infinitely superior Eden co-opted the world of EDM as a way to make a lilting statement on the inexorable waxing and waning of fashions and time passing, this plays things with an altogether straighter bat, serving up colour saturated can-do bromides and assuring viewers that, while the road may be littered with misery, everything will be okay in the end.

The film centres on a quartet of super friends who all hang-out together in the San Fernando Valley and, in the heady throes of heterosexual camaraderie, have tethered their dreams of fame, fortune and fountains of cash to one another, despite the fact that the audience can clearly see that they’re all very different people. Mason (Jonny Weston), for example, is a balding, trash-talking maniac with anger management issues, while Ollie (Shiloh Fernandez) just likes to remain chill, sells drugs at festivals and thinks nothing of cashing in on the misery of others.

Sensitive Zac, on the other hand, is the softly-spoken music maestro who starts to hang out with city-hopping spinner James Reed (Wes Bentley), a festival headliner who has the car, the house and the woman (Emily Ratajkowski), but has lost the soul. There’s a nifty early sequence where Cole is being tested by James, hired to play some choons at his pool party, and through an illustrated voice over, Cole shares the secrets of being a DJ (something to do with matching BPMs with the human heartbeat, apparently). In doing this, he also reveals the genetic make-up of house music, suggesting that it’s just a case of pushing the right buttons at the right time.

Director Joseph has clearly taken a leaf out of this book, as We Are Your Friends is breezily predictable to the point where you feel he’s stopped even trying to make things interesting. It’s not a right-off by any means, with Efron himself carrying the film on his rippling shoulders. And the dialogue itself is well written, particularly the salty back-and-forths between Cole and Reed. Yet, there’s no satisfying dramatic sweep there, a deficiency not helped by the fact that women in this world are depicted as hot chattel for their successful male counterparts.

It does look like a glossy, pre-packaged version of Mia Hansen-Løve’s Eden.

And it is that, but Efron’s affable everyman act helps things through.

Aggressively predictable, but with a decent, fist-pumping finale.