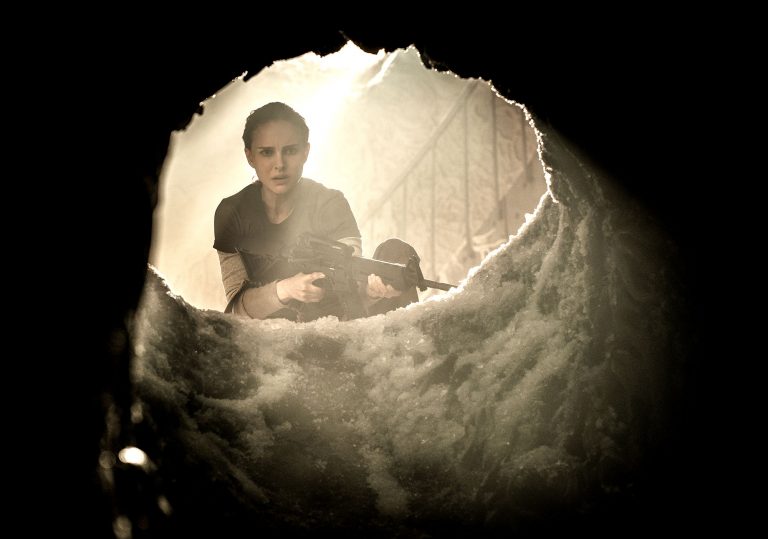 Alex Garland is a serious talent, but he remains relatively unproven as a director.

Top-notch sci-fi and a chilling allegory for humanity’s capacity for self-destruction.

Excited to see what Garland does next.

It is said that we know more about outer space than the deep ocean, a discomforting yet entirely plausible notion that if nothing else illustrates the basic folly of human nature. Loosely adapted from Jeff VanderMeer’s supposedly unfilmable 2014 novel – the first volume of the American author’s ‘Southern Reach Trilogy’ – Alex Garland’s Annihilation riffs on this curious contradiction while gently probing our hardwired impulse to conflate Otherness with that which poses a genuine threat to our existence.

This manifests in a literal sense as a plasma-like membrane evocatively referred to as ‘The Shimmer’, the apparent result of an alien life form descending on the swamplands of southern Florida. The US government has classified the infected zone ‘Area X’, as if to covertly signal the discovery of a mysterious, malignant organism. Viewed up close, however, this strange environment, with its kaleidoscopic array of fauna and flora, resembles a sort of dayglo Eden. Vivid and wondrous and seemingly destined to be spoiled by the hands of men. Or in this case, women.

Much like the march of human progress, it is soon revealed that this pearlescent sphere is steadily advancing – imagine the blast radius of a nuclear explosion absorbing everything in its path, in every direction, only at a fraction of the speed. So, a volunteer team consisting of five female scientists – a biologist (Natalie Portman), a psychologist (Jennifer Jason Leigh), a paramedic (Gina Rodriguez), a physicist (Tessa Thompson) and a magnetologist (Tuva Novotny) – are sent in to gather whatever data they can. They are told in no uncertain terms that they are a last resort. 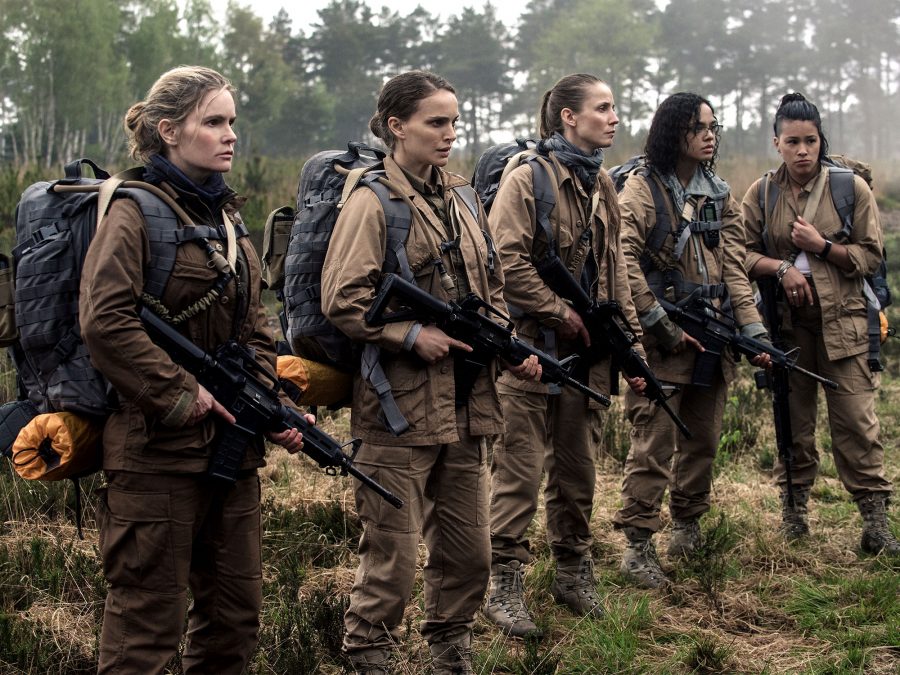 The characters here are given more backstory than in VanderMeer’s source novel, in particular Portman’s Lena, whose marriage to Oscar Isaac’s AWOL solider, Kane, emerges as the primary motivation for her physical and spiritual journey. Through a series of flashbacks we learn that they have grown apart, and that she blames herself for his extended absence. But in order to reconcile their differences and reconnect as a couple, Lena must first become whole again herself.

On one level this is a film about the limits of control, about how we spend our time on this earth striving to maintain balance when chaos so often appears to be the natural way of things. On another it is about isolation, the feeling of being detached, of losing touch with those around you. This is most evident within The Shimmer itself, where light and radio waves are refracted and scrambled, effectively cutting our intrepid heroines off from the outside world.

As they venture deeper, it becomes clear that these women are not on the same mission. They seek answers to many of the same questions, yes, but also atonement and self-enlightenment on strictly personal terms. Each has their own cross to bear, their own sadness, their own battle. Consequently, although they may seem strong as a unit, individually they are susceptible to The Shimmer’s corrupting influence. While they do uncover partial truths, for the most part salvation is not forthcoming. 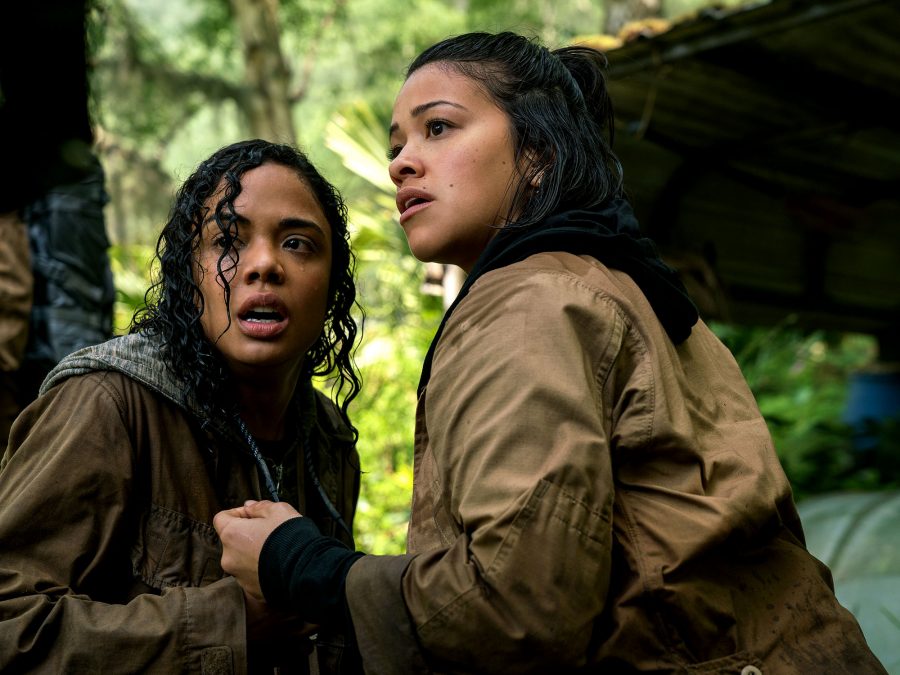 Annihilation wears its feminist credentials lightly, but it does call attention to the intrinsic link between womanhood and nature through some striking symbolic imagery, a dark tunnel leading to a womb-like chamber being the most explicit example. Fertility, death and rebirth are recurring motifs in this coolly affecting existential parable, and shots of cells dividing and mutating in microscopic detail allude to the way that bodily and mental trauma can deepen and spread if left untreated.

Garland has crafted a world of profound beauty and complexity, one which borrows various ideas and images – deftly splicing together DNA strands from Andrei Tarkovsky’s Stalker, Virginia Woolf’s ‘To the Lighthouse’ and other cinematic and literary touchstones – yet always manages to move to its own unique rhythm. And like the director’s earlier cerebral sci-fi, Ex Machina, this one features an astonishing dance sequence, a haunting performance scored to pulse-quickening perfection by composers Ben Salisbury and Geoff Barrow. It is a visually and thematically rich work that offers plenty of thrills and surprises but few easy answers.

Alex Garland is a serious talent, but he remains relatively unproven as a director.

Top-notch sci-fi and a chilling allegory for humanity’s capacity for self-destruction.

Excited to see what Garland does next.