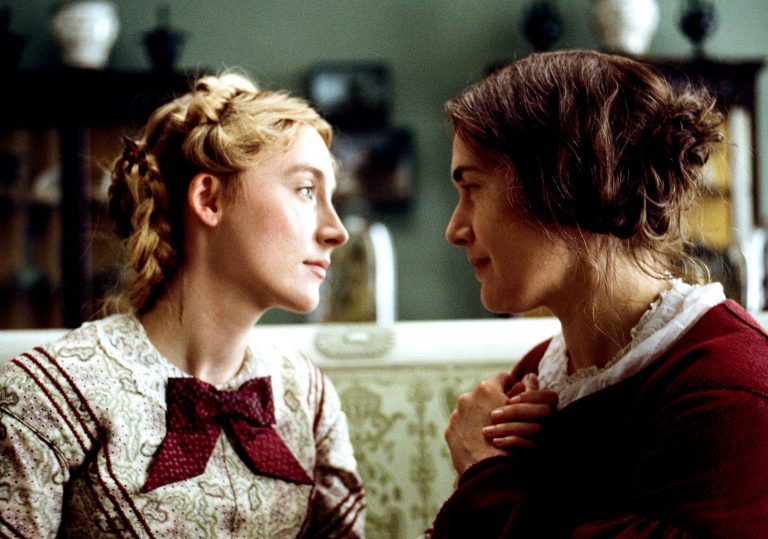 Not sure if this film will bring anything new to the table.

The way the film moves builds a level of intrigue. So many meticulous moments catch the eye.

There’s something so “complete” about Ammonite, with a resonant ending that is poetic in its refusal to give us what we want.

Ammonite is not a love story. And yet it has all the trappings of one: romantic beach strolls; longing looks; feverish spontaneous sex; and a quiet atmosphere that really allows you to get to know the characters through their facial expressions.

This is perhaps why the film was immediately compared to the critically-acclaimed French film Portrait of a Lady on Fire. But unlike that film, Ammonite is not a tale of great love. The film, written and directed by Francis Lee, tells the story of real-life paleontologist Mary Anning (Kate Winslet) who came to prominence in the early 1800s for her prehistoric findings. Anning was a scientific pioneer, with intelligence much more advanced than her male peers at the time.

Her quiet life, working and living with her mother (Gemma Jones), is suddenly disrupted by the arrival of geologist Roderick Murchison (James McArdle) and his troubled young wife Charlotte (Saoirse Ronan). What begins as a simple apprenticeship quickly morphs into something more complex when Roderick abruptly departs and leaves Charlotte behind. While Mary is initially resistant to Charlotte, their relationship eventually becomes sexual and they begin an affair.

Their bond is built on mutual loneliness. Mary’s work and living situation keep her far from others while Charlotte’s general air of melancholy and an inattentive husband leaves her frustrated and isolated. Together, they are a mismatched couple, whose emotional alignment is heightened by the gulf of experience and emotional maturity between the two. 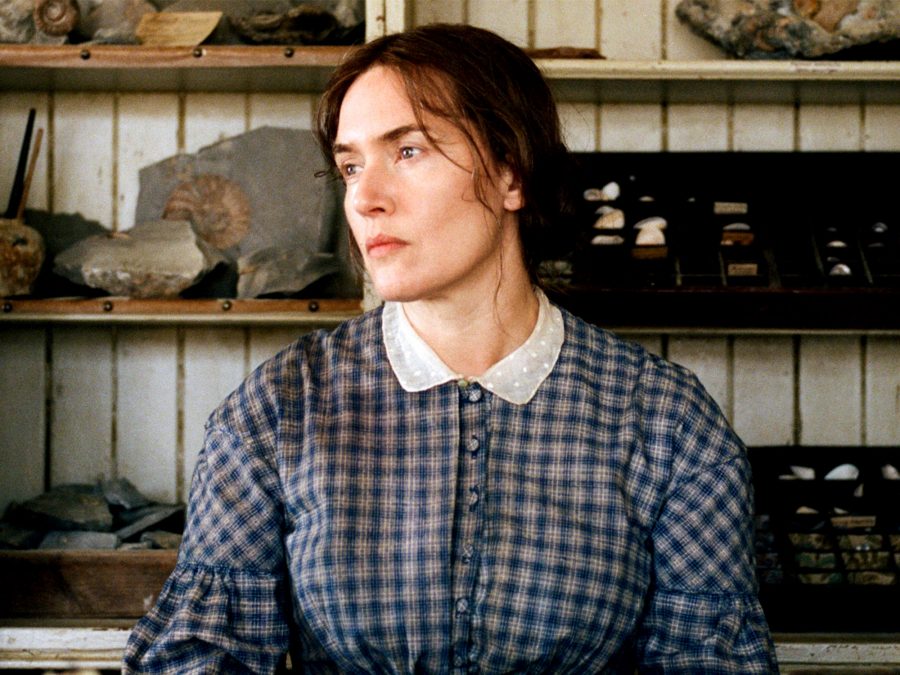 Winslet plays Mary with all the seriousness and precision of a no-nonsense professional. She rarely smiles during the film, keeping her brows down and her eyes focused on the seaside where she procures her artifacts. She has little care for her physical appearance or being traditionally ladylike. This is illustrated by a scene where she casually urinates on the beach near the rocks before quickly returning to her work.

Ronan takes on the more traditionally feminine role, with all the adoring looks and romantic overtures that come with it. But Mary’s first love is her work, and eventually, that creates a wedge between the two. There are hints that Mary’s emotional coldness is due in part to a failed relationship with an older woman (Fiona Shaw), but the film does not delve deeply into that part of the story.

Lee, best-known for his debut feature God’s Own Country, is not interested in romance in the traditional sense. This film focuses more on the atmospheric parts of real-life: cleaning; putting on and removing clothes; the crash of the waves onto the shore; eating meals; and the long silences between speech. Ammonite emphasises the sounds of life: the dragging of feet and fabric across the floor; the tightening laces of a corset; the clank of silverware during meals.

These small things seem to provide the most comfort to Mary, more than passion or sex. In Ammonite, Lee shows us the world from Mary’s point of view. Charlotte is the disturbing force in her quiet life, pushing her to choose between her independence and her work. But from the first moments of the film, it’s clear what she will choose.

Not sure if this film will bring anything new to the table.

The way the film moves builds a level of intrigue. So many meticulous moments catch the eye.

There’s something so “complete” about Ammonite, with a resonant ending that is poetic in its refusal to give us what we want.