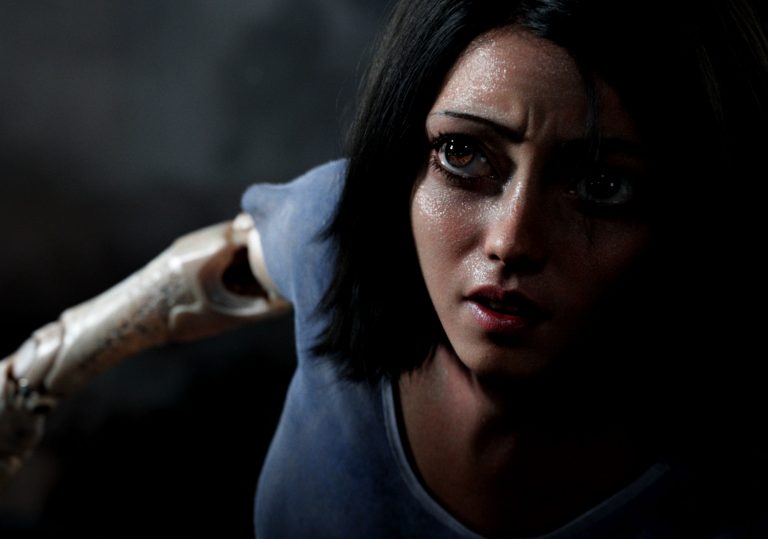 No idea which way this could go. But never doubt James Cameron.

Robert Rodriguez – all is forgiven?

Robert Rodriguez’s latest is that rare beast: a throwback, effects-driven science fiction epic that runs on an infectious sense of fun.

Auteurism is a sport that can work both ways. For those filmmakers you slavishly adore, it’s possible to hone in on that indelible personal imprint and whisk up some rhetorical line to defend a potentially divisive work. Conversely, for an artist you don’t much care for, those irksome tics, recycled over and over, become the sticking point, a reason for your antipathy to persist.

Putting diplomacy aside for one moment, it must be said that the director Robert Rodriguez has made some poor quality movies in his time. With some of them, you feel like it was intentional. His trademark is an ability to make apparently innovate effects movies, but at flash sale prices. Sadly, the computer effects he employs often look shoddy and cheap, the stories almost always feel like an afterthought, and the waning punk/rebel attitude is akin to that of a heavily tatted skinhead working for a hedge fund.

From all the angles that matter, Alita: Battle Angel is undoubtedly a Robert Rodriguez movie. But by strange quirk, all those elements that have led him to be seen as a filmmaker wallowing in a deep creative rut, somehow coalesce here in elegant convergence. All those many negatives have become positives. If feels as if he’s has become weary of the quickie B-movie schlock, and has channeled his energies into something more robust, exciting and sweetly romantic.

It’s the sign of an evolution, like an after-work techie transferring from his tool shed to an aircraft hangar at NASA, but also a willingness to slow down and succumb to the necessary toils demanded by the enterprise. Thankfully, he also has James Cameron as his Yoda-figure, helping him to take what could so easily be yet another tedious, YA-oriented mid-tier blockbuster and turn it into something quite special. 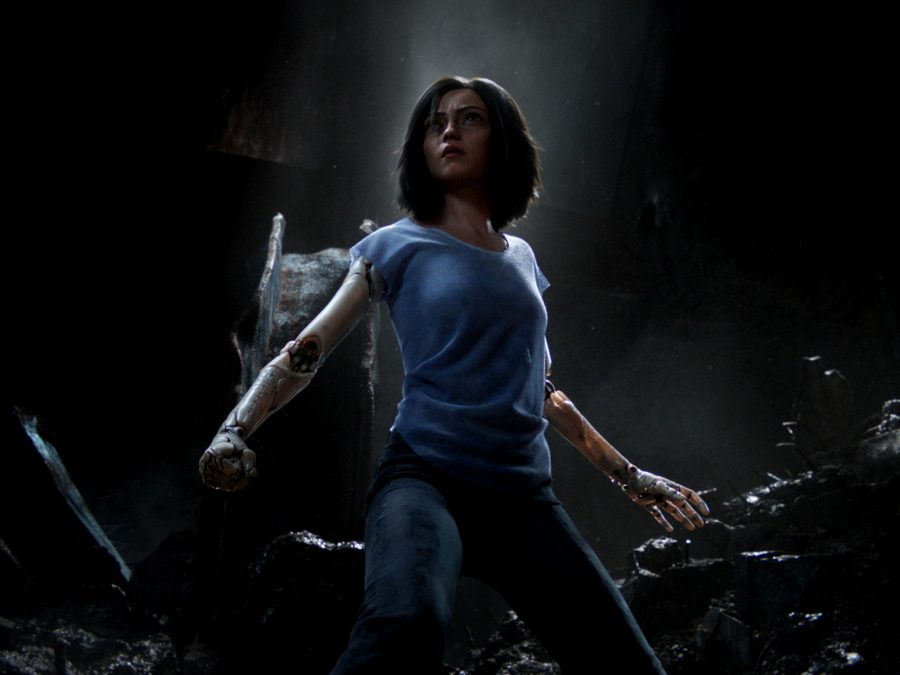 The story of how this film came into being has been well documented, and Cameron has danced around the director’s chair for nearly a double decade. It’s a passion project based on an under-the-radar ’90s manga serial, ‘Gunnm’, by Yukito Kishiro which was handed to Cameron at the turn of the century. It’s story of humanoid cyborgs rigged for warfare is a natural fit. Though signs of indecision and dithering were there for the taking. Was this going to be another debacle like Mortal Engines, where Peter Jackson plays the unseen puppet master to a lesser-known directorial avatar? No, it appears in this case they were just biding their time to be able to get things right.

Before we get to the film, it must be said that Alita operates as a welcome balm to the current wave of glossy studio blockbusters. It offers a stern rebuke to the continuing (and, frankly, deeply depressing) Marvelisation of action movies, taking a fairly standard hero-must-rise storyline but stripping away all the turgid self-importance, the visual flatness, the vulgar iconography and that constant eye on core brand values. Plus, in a more basic sense, the choreography is fluid and clear, not obscured in a haze of edits or needlessly acrobatic camera moves.

It’s a paragon of simple, classical Hollywood storytelling which takes subtle, occasionally counter-intuitive risks as the expense of bringing matters to a more satisfying dramatic head. There are moments peppered through the film where you can imagine stuffed-shirt investors or nervous producers breaking out the red pen or chiming in with alternative, safer, more demographic-friendly options, but Rodriguez has stuck to his guns.

Sure, this is probably most similar to his Spy Kids movies (the good ones), but there are also some satisfying callbacks to the limb-lopping splatter of films like From Dusk Till Dawn and Planet Terror. When a mainstream movie even gives the inkling that its doing something dangerous, then can only be a good (or at least interesting) thing. 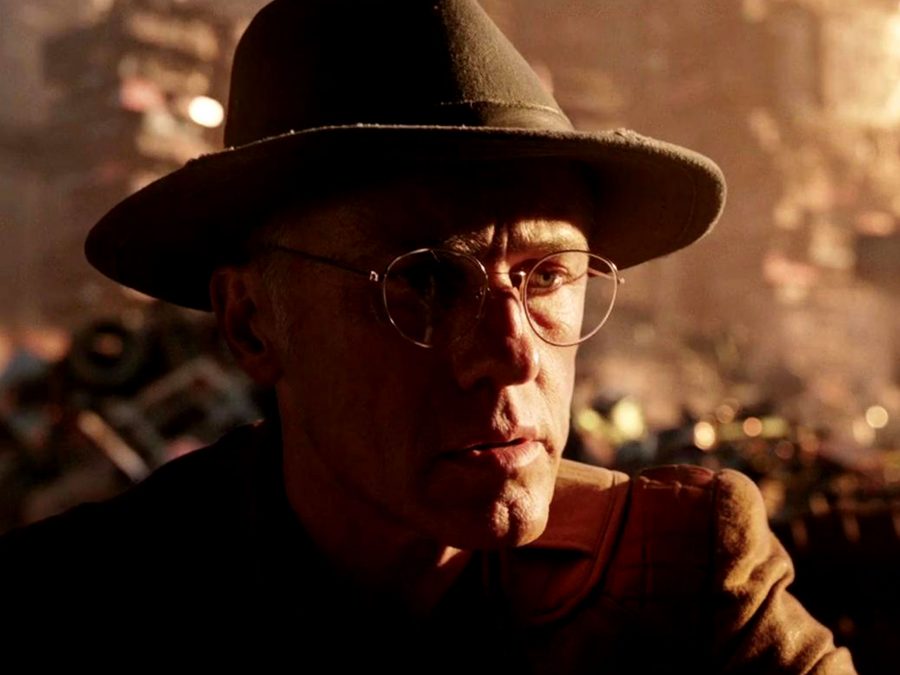 The film opens on Christoph Waltz’s lonesome cyber-surgeon Dr Dyson Ido filching junk parts from a giant scrapheap. It is there he discovers the perfectly preserved human brain of a femme cyborg he rebuilds and names Alita after his deceased daughter. It transpires that she had been mixed in with the mechanical refuse of a floating, mysterious utopia named Zalemm – a forbidden kingdom that the denizens of Iron City, a steampunk refit of Ancient Rome down below, are unable to access.

It’s a gentle beginning, the film cultivating a sense of hushed awe while allowing Waltz a bit of room to flex. The shot construction is tidy and the editing elegantly measured. The vast digital cityscapes are a sight to behold, even though their crumbling façades and teeming alleyways may seem familiar from a number of post-apocalyptic sci-fi sagas. Rodriguez doesn’t waste time drowning the story in digital landscape or design porn, instead focusing on the dynamism of the individuals and a natural interplay between fore and background. This isn’t a modest film by any stretch, but it is a film with a sense of modesty, and this trait helps to bolster its overall charm. Also, subtext remains below the surface, where it should be.

As Alita, actor Rosa Salazar carries this sleek enterprise with the daintiest of ease. The simple beauty of her performance derives from the fact that she plays our heroine as human, rejecting actorly affectations and refusing to carry the now clichéd burden of deep existential malaise. Her eyes have been digitally enlarged to reflect her mystical provenance, but Salazar does amazing work with her mouth, teeth, gums and lips. It’s a very appealing turn, supremely unselfconscious while managing to stand apart from the wisecracking, lesson-learning superheroes that have become the tedious norm. Keean Johnson steps up as Hugo, the gender-flipped damsel whose flighty whims lead him into vast danger, and cause Alita to become his protector. 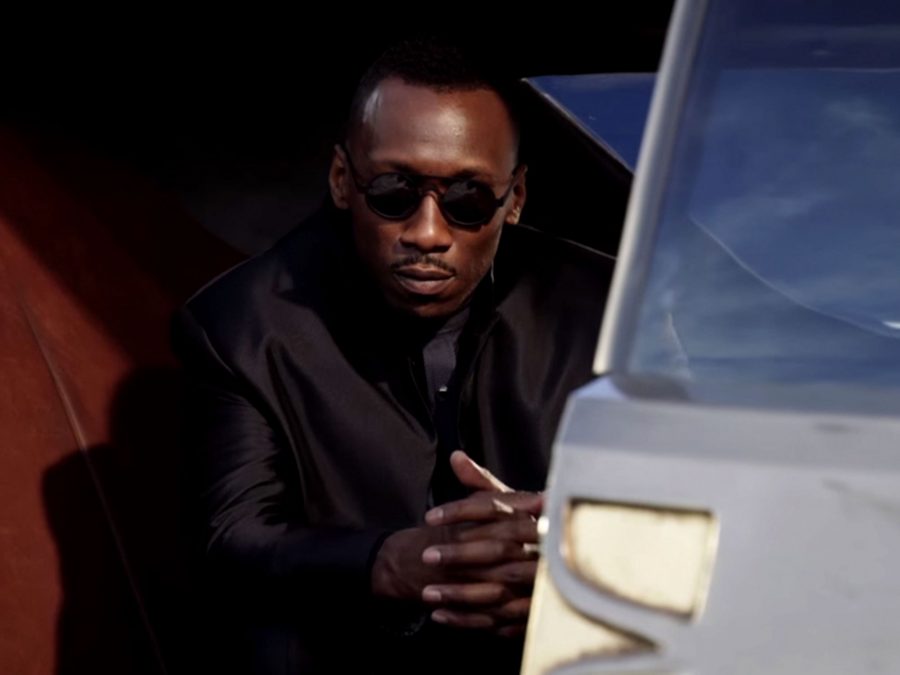 There is one clunking misstep, in that Ido has an assistant played by Idara Victor who doesn’t have any dialogue, to the point where you think she’s maybe mute. And then she just says “goodbye” at some point, and it’s like they maybe forgot to hook up her mic properly and had to excise all footage with her in. To give the film the benefit of the doubt, she could be waiting in the wings for the second part. The same goes for an uncredited Jai Courtney who is glimpsed for a second and then never spoken of again. Then again, maybe they just cut him out?

That old chestnut of the organic and the mechanical fighting for internal supremacy is only lightly touched upon (this is superior to 2017’s Ghost in the Shell in every conceivable way), yet these philosophical intimations remain visible in nearly every frame of the film, and in Alita herself, who is smoothly rendered via digital animation and elements of performance capture. The computer graphics are of the deluxe variety, perhaps down to arch perfectionist Cameron who, way back when, was inventing the technology to be able to make this movie viable.

A surprise, then, that two filmmakers have broken from the semi-wilderness to deliver a work of immense old school charm and formal verve. It’s a throwback to a more innocent time: the pre-postmodernist era, if you will. The film delivers us to the mid-point of an extended epic, in which Alita has yet to scale the heights of Zalemm and face the evil scientist Nova who is trying to have her destroyed – for good, this time. Far from feeling short changed that this is essentially half a movie, there were pangs of delight at being able to revisit this world in the (hopefully) not-too-distant future.

No idea which way this could go. But never doubt James Cameron.

Robert Rodriguez – all is forgiven? 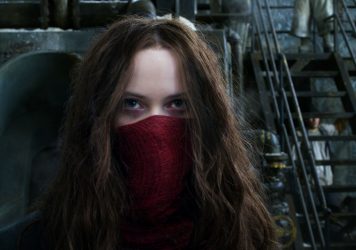 Despite some spectacular production design, this is far from a precision-tooled adaptation of Philip Reeve’s steampunk fantasy.