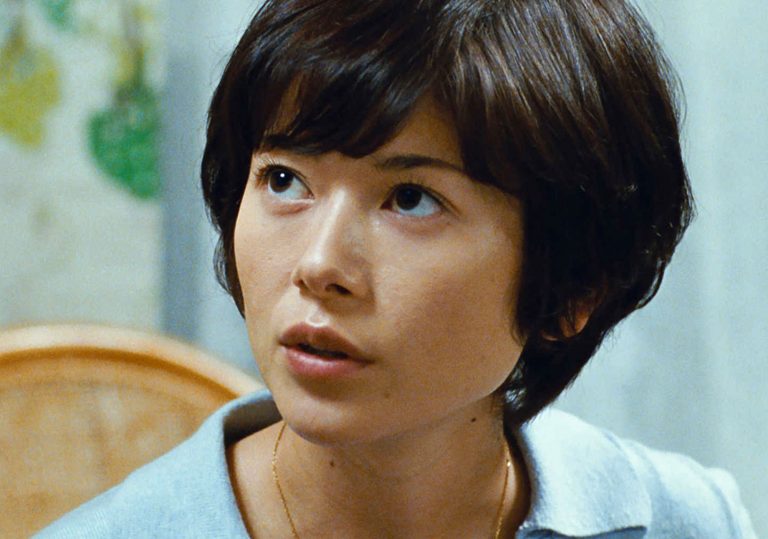 The elements are in place for a cinematic Koreeda coup, as long as he steers clear of soppiness.

As entertaining as it is subtly moving, the director has truly returned to form.

Proof that the Japanese maestro deserves to be the metronome of all movie lovers’ hearts.

Japanese director Hirokazu Koreeda is a master of crafting vivid, cinematic worlds. He transports you to a place where you’re as likely to burst into a laughter so hearty that it makes your ribs ache, as you are into tears so ferocious you feel like your lungs might drown.

The premise of his new film, After the Storm, is nothing new. A family patriarch dies on the eve of another giant storm – typhoon 23 to be exact, which is, apparently, a big number for any season. We watch as his remaining kin come together, like soft winds gathering pace before the meteorological chaos unfolds. At the centre of this particular tempest is Ryoto Shinoda (Hiroshi Abe) and his mother Yoshiko (Kirin Kiki).

She is the wise, ever-entertaining sage, while her son awkwardly fixates on self-defeating Lost Boy shenanigans. Ryoto is a once-promising novelist turned two-bit private detective – with an unshakeable gambling habit just like his father – who returns to his family nest to scour for any overlooked mementos his dad neglected to pawn off before he died. Charming.

“Why did my life turn out like this?” Ryoto scrawls on a Post-it note shortly after his fruitless excavation. It’s easy to guess the answer to his rhetorical, fluro-yellow cry for help early on. He’s a self-involved, unfocused, man-child with who has never been able to truly place the interests of others – even his own flesh and blood – ahead of his own. This down-and-out schlub character is, again, nothing new, yet Koreeda paints with such vivid and delicate watercolours that these potentially stock figures feel entirely novel.

After the Storm finds astonishing nuance, strangeness and often hilarity in situations where life is at its most heart-rending. Among its range of thematic touchpoints are the sudden death of a parent, the fact that the other will likely follow close behind, the realisation that you will never be as great or successful as you were destined to be, the acceptance of your part in the unraveling of a marriage which has undoubtedly scarred your estranged child for life. Yes, it does sound depressing as hell on paper, but it really isn’t.

What is most unique about this film (particularly within the director’s canon) is not just its distinct Koreeda-ness, but how he finds profound relevance in seemingly inconsequential moments. The director’s recent, more saccharine efforts (Like Father, Like Son, Our Little Sister) often veered on cloying, but After the Storm is wonderfully knowing in its kitsch sweetness. And it all centres around Kiki’s astounding, relaxed performance – her mere presence is a joy.

It’s elements such as Kiki that assist in weaving a celluloid tapestry so subtle, so delicate and so ornate, that only afterward are you able to fully appreciate the bigger picture. During one of her ad hoc cooking lessons, she proclaims: “The flavours sink into the ingredients if you cool them slowly and let it sit overnight. Like people.” As with all great memories (and movies) that linger long after they have finished, After the Storm truly blossoms once the final credits have rolled. It’s the kind of film that leaves an imprint on your soul.

The elements are in place for a cinematic Koreeda coup, as long as he steers clear of soppiness.

As entertaining as it is subtly moving, the director has truly returned to form.

Proof that the Japanese maestro deserves to be the metronome of all movie lovers’ hearts.