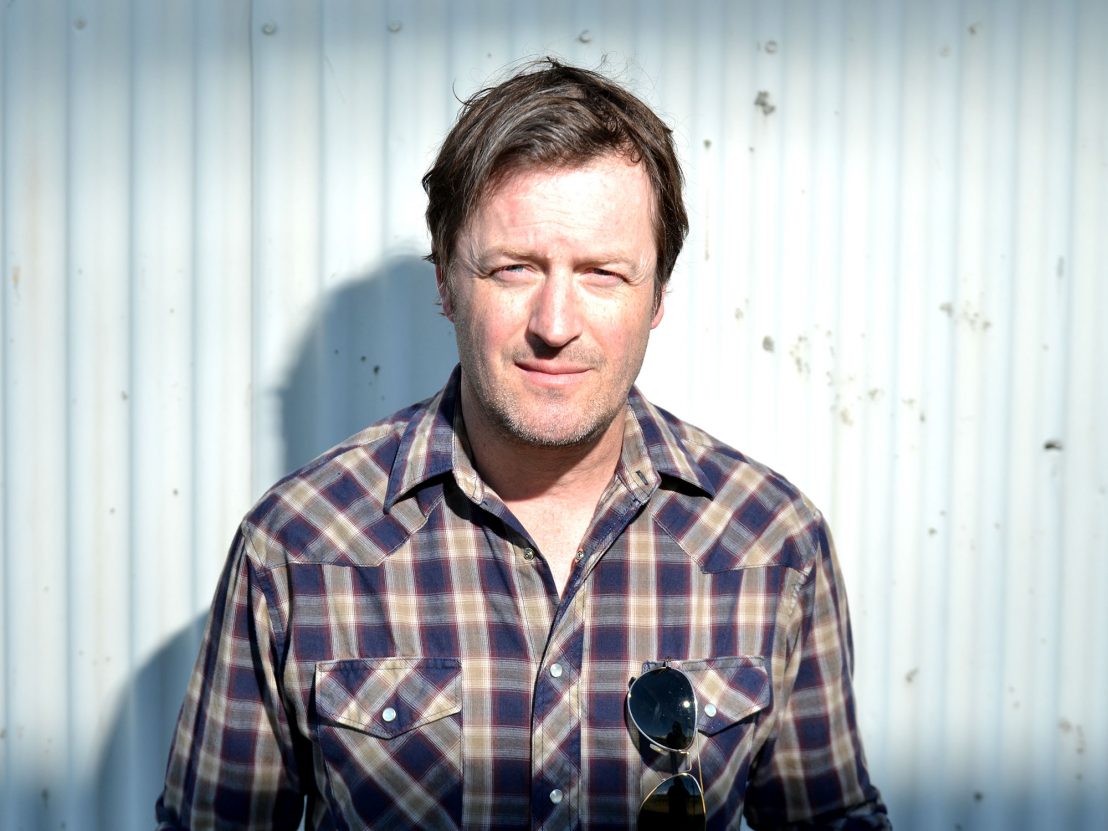 Willy Vlautin has written five novels, two of which, ‘The Motel Life’ and ‘Lean on Pete’, have been adapted for the screen. The author and musician has cited John Steinbeck, Raymond Carver and William Kennedy as influences, and his tender but harrowing stories of working class life have received widespread acclaim. Here Vlautin speaks about the latest adaptation of his work, Lean on Pete, by the British filmmaker Andrew Haigh.

LWLies: Do you think filmmakers should stick to the text when adapting a novel, or should they have complete freedom to create a version of the story that makes allowances for the medium’s tools and language?

Vlautin: With film you only get a couple of hours, so I think that filmmakers should take it and morph it and do what they want to do. You hope you get a filmmaker that takes your story, and maybe keeps the heart if it, the soul of it. But you have to trust them that they’re going to pull out and change the right stuff, and leave the right stuff in. Hopefully they’re smarter than I am, and they’ll make it better. If they leave out a large amount of the story it wouldn’t bother me if it works as a film.

You didn’t have a hand in writing the scripts for the adaptations of The Motel Life and Lean on Pete. Was this a deliberate choice on your part?

I’ve never really had an interest in screenplays, mainly because of time. I’ve never been able to shake being in a band [Richmond Fontaine released 11 albums before calling it a day in 2016], and it takes a lot of time to write a novel, of course. I’ve never really wanted to rehash story ideas I’ve already written for a screenplay, it isn’t where I’ve wanted to go. I read the screenplays and make notes – I have that in my contracts – and I hope to God that they listen to some things, but then I put my head in the sand.

Have you declined any approaches to option your books because of trepidation about how the work would translate?

You want to make the best decisions you can for your work. I love my books, they’re friends of mine and I want to look after them. I’ve turned down some stuff here and there that just didn’t feel right, and then other stuff has got me quite excited. Guillermo Arriaga, who wrote 21 Grams and Babel owned ‘The Motel Life’ for four or five years. That’s when I realised that these things can kind of drift away. I had a little bit of interest in ‘The Free’ but I didn’t really feel comfortable with who the guys were. ‘Northline’ almost got made a few times, but it fell apart after they got the money and everything was lined up.

The only thing I’ve ever learned about the movie business is that they’re world-class bullshitters. I almost think you have to be because there are so many people involved and so many moving parts. They have to believe that every project they get involved with is going to happen, and they have to get everyone else involved believing that it’s going to happen too. I enjoy anyone who’s a great bullshitter, but I never take any of it too seriously. I just hope whether they change your story or not that if they do make it that it’s got soul and heart.

Your writing style is often described as ‘sparse’, focusing the reader on the internal states of your characters, what they’re thinking and feeling. How do you feel about writer/director Andrew Haigh’s translation of Lean on Pete to the screen?

There’s often problems with the translation of novels to film. Portraying working class stories is always really tough in film and is usually hit and miss – it’s a lot more dangerous to do than people think. Lean on Pete could be done almost as a Disney film or in a more documentary style. Andrew is one of the coolest guys I’ve ever met – and probably one of the coolest guys I’ve met under pressure. The few days I was on set watching him, and he was always so nice to everybody and always knew what he wanted, which got me wishing I was a little bit like that. With my limited knowledge of film it kind of reminds me of Ken Loach’s Kes, a movie that made me want to break the kid out of the screen and save him. I don’t think he went for the easiest style that he could have used, so I was happy with how he handled that aspect of it

Were you at all involved in the casting of Lean on Pete’s teenage hero, Charley?

As far as Charley goes, he’s in almost every single scene, so I wouldn’t want to be in charge of that decision. You might see a kid actor a year before and he’s really good in something, but a year later he might look totally different and his voice might have changed. Everybody loved Charlie Plummer because he’s a really good actor. If it was my Charley he’d be a little more beat up – that’s my view of him – but I thought Charlie did a great job with a lot of pressure on him to carry the whole thing.

If you get fully involved and say that a movie can’t be made unless you’re a part of it, you might spend three novels’ worth of time trying to get that movie made. I could still be working on a draft of ‘The Motel Life’ right now. My love is the novel, and if I felt really weird about them I just wouldn’t sell them. Again, I feel like I only have so much time and I want to write my ‘Fat City’ before I die, or my ‘Iron Weed’. I want to write a novel like those two before I die and I don’t think I’m smart enough to juggle anything more.

Are you a fan of John Huston’s adaptation of ‘Fat City’?

Of course, I’m a huge fan! I watch the movie a few times a year. John Huston understood working class people. I watched Wise Blood just the other night because I’d been thinking about Flannery O’Connor. I saw Fat City when I was a little kid and I didn’t get it all. The novel’s become one of those that I read all the time, maybe once a year, because Gardner doesn’t fetishise the working class or guys on the skids, he just tells their stories. Guys who don’t understand that way of living try to make it something it’s not, but in that book and movie Gardner understands it and Huston understands it.

Crimes committed accidentally, out of desperation and even with good intentions, feature frequently in your novels, but you’re not a crime writer. Who are the crime writers that you admire?

Some of the most interesting writing now about working class issues is crime writing. George Pelecanos is a great example of this, and one of the things I like about him is that he often picks a social problem or issue and then writes a novel around it. I grew up on Jim Thompson, Charles Willeford and David Goodis – the three great portrayers of maniacs and the psychologically damaged. I was obsessed with them in my early twenties and they were one of the reasons I wanted to write short books that would hopefully keep you up at night. Crime’s in the water in their writing, but their novels are really about damaged people.

When I started writing novels I tried to write simple stories that packed a punch and were the kind of books a guy could read after work. I worked in a warehouse and places like that and I was a house painter for 15 years, and I was always trying to get the guys I worked with to read, so I tried to write books that they would like. I’ve always been kind of a spare writer because it’s the kind of writing I like and I thought that it was the kind of writing that I could get the guys I knew to read.

Which films are particularly important to you?

Obviously there’s serious, working-class-life films. But the two movies that kind of got me through high school were Slap Shot and Repo Man, two worlds that I desperately wanted to live inside. I spent four or five years trying to figure out how I could break into and live inside those movies. As a kid I was really about, ‘How do I get out of being me?’ And I was a movieholic because I could daydream my way into a movie. I loved the camaraderie in Slap Shot; the team is a dysfunctional, psychotic, crazed family, but they’re a family. Repo Man is the same thing; you get to steal cars with your ‘father’, who’s Harry Dean Stanton! Speaking of Harry Dean, I’ve always been a huge Paris, Texas fan. When people asked me who my dad was when I was younger, I’d tell them Harry Dean Stanton because of Repo Man.

Lean on Pete is released 4 May. Read the LWLies Recommends review. 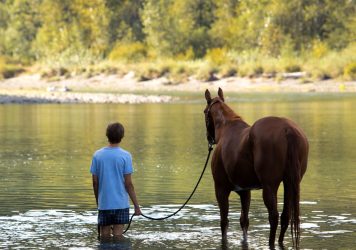