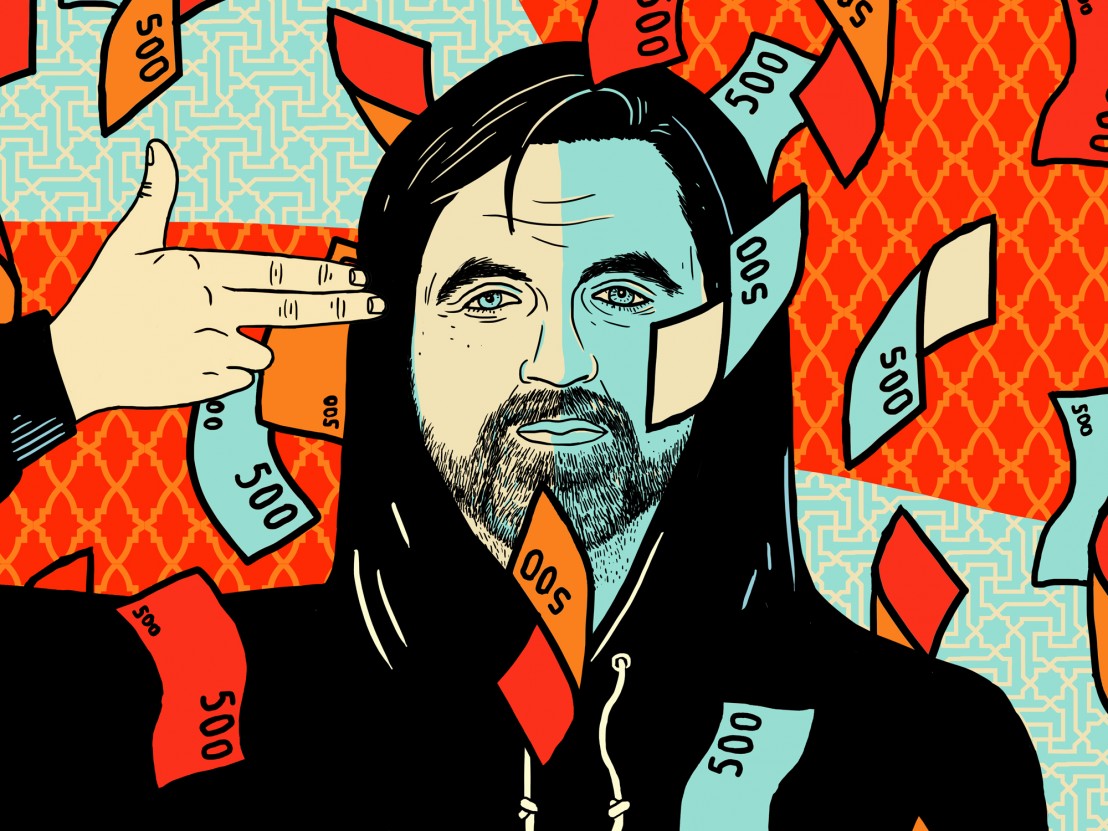 Shooting a film in one take fits with the wild character of German director, Sebastian Schipper. Victoria tells the story a young Spanish woman who – on a night out in Berlin – meets a man and follows him into deep trouble. We spoke to Schipper recently to find out about his passions as a man.

LWLies: What’s the craziest thing you ever did because you were attracted to someone?

Schipper: I think everything I’m doing is because I’m attracted. To not give you a philosophical answer: I was in Portugal with a friend and kind of heartbroken because my relationship was not going too well. I bought a really cheap car, some kind of a convertible from other German tourists who were in Portugal. It didn’t have a roof at all. It was not street legal. They just cut off this roof and went to Portugal and they needed to get rid of it.

I figured out these guys would sell it to me and told my friend, ‘Dude, I’m going to France’. He was like, ‘What?’ He was kind of angry because we were supposed to be on vacation together. So I bought it for very little money and drove for 36 hours straight without sleeping to see my then girlfriend in France. It was a disaster because her dad was a… what do you call that, a sergeant? And the car didn’t have any seat-belts or anything, so she wouldn’t sit in the car or go in the car with me. I was there in my big wild-at-heart looking car, and it was kind of a failure.

How long ago was this?

Have you calmed down or would you still still do something that crazy?

I would still do that, yeah. I have not calmed down – no. That has pluses and minuses.

Will you explore those pluses and minuses in your future films?

Yeah. For a long time I thought I had to tame my crazy passion or translate it into something more colourful before it becomes entertainment. In Victoria I didn’t. It’s my fourth film, you know, but it’s the first one where it’s unabridged. It’s not soft around the edges. It has this kind of this raw energy. I was not eyeing a potential audience. I was not asking myself, ‘I wonder if people are going to like this?’, ‘I wonder if this?’, ‘I wonder if that?’ It was only about, ‘If I like it, that’s what we’re going to do. This crazy one take is what we’re going to do.’ I was not trying to sugarcoat anything to make it go down easier because I also realised, as somebody who watches films or listens to music or reads books, I was just so fed up.

Why were you fed up?

I’m so fed up with people trying to sugarcoat everything for me because they expect me not to be able to take it. Bring it, you know, give it me. If you sugarcoat things, or if you put ketchup on everything, maybe you’re afraid what taste will be left if you take the ketchup away. ‘Oh, they won’t be able to understand that so I will make it easier for them.’ But what that sometimes leads to is you cut the corner off. What are you really made of? What do you really have to tell? If you’re worrying so much about selling it or getting it financed and all that, maybe, deep down you’re also afraid. Really, at the end of the day, if somebody would come up and give you all the money you need for your project, maybe you’re a little afraid of of what you’ve got in yourself?

You don’t watch them with your brain, you don’t watch them with your heart, you watch films with your nervous system and you can’t escape from it and you can’t rationalise it. If you try to rationalise what you’ve been through with a film you’re always going to fail. It will always by far excel what you are able to put into words. But you come out of the cinema and you’ve loved a film, and you’re not sure yet what your friend or partner or whoever you’ve been there with thinks.

I’m always scared that they will hate it because you can’t talk them into loving the film or the other way round. I can’t be talked into loving a film. If I didn’t like it I didn’t like it. Even if you both love the film, sometimes the rationalising is a frustrating act. What I love about films is they absolutely work on the level of instinct and intuition and tell you that maybe the core of what we’re made of is not this over-rated brain and even sometimes over-rated heart, it’s way more complicated.