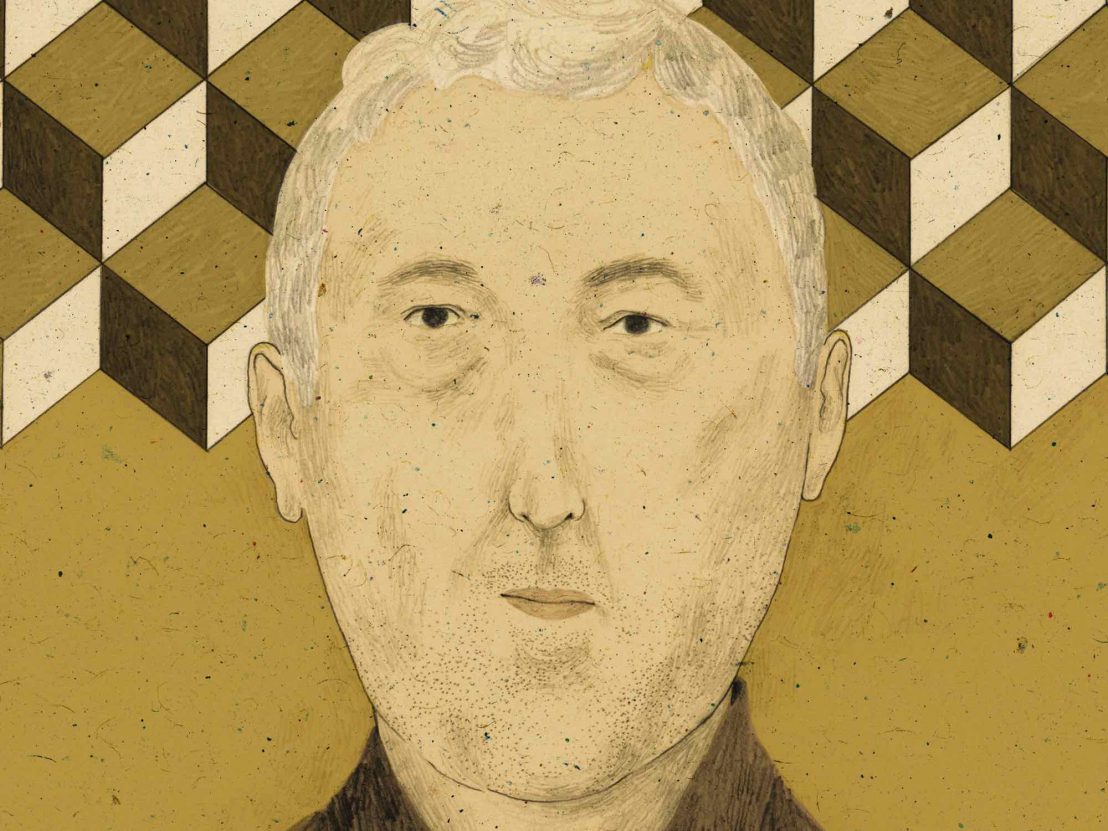 The Parisian chapter of Act Up – a roistering anti-AIDS activist organisation – is the subject of 120 Beats Per Minute, the new film from writer/director Robin Campillo and the follow-up to his lauded inter-generational gay drama Eastern Boys. We sat down with him recently to find out more.

LWLies: Both in your previous film and 120 Beats Per Minute there is an noticeable devotion from the actors.

Campillo: It’s because I trust them immensely. I spend a long time on casting. For me, it’s key, because there’s a moment when I forget the characters I’ve written and become more interested in the actors. I try to go towards them as much as they go towards me. Because they know they’re being observed for who they really are, they can be a lot more generous with me.

I think we see a lot of the actors’ personalities in the film, in particular Nahuel Pérez Biscayart’s, who plays Sean.

There’s something very interesting about the contrast between Sean and Nathan. Sean looks at himself act. The debate scenes could have been really unpleasant, there needed to be some play, some feelings much more troubled than just the indignation of the activists, because the film also talks about the relation to the disease. Sean has this rhetorical intelligence between himself and the illness, but he loses it when the illness overpowers him. When he checks into hospital, Nahuel and I made a pact that he’d stop over-acting. It’s complicated for baroque actors because they have this amazing complicity with their public. Nahuel accepted that challenge, and facing him was Arnaud Vallois [playing Nathan], who doesn’t look at himself acting at all, and that’s fascinating too, and so rare. I find the ensemble very shimmering, so pleasing to watch.

The film has so many different acting styles, yet they all work together. Just like in life, some people perform a lot, others don’t…

There’s a problem in cinema: we want everything to be absolutely always coherent. After 15 minutes we want the entire aesthetic curriculum for the whole movie. I used to be paranoid about the cast and crew being obstacles to my vision. But I reversed that with Eastern Boys, and decided that they would suggest better things than what I’d imagined. Now I bet everything on actors and locations. Maybe I’m pretentious… but the rest I know how to do now. Especially on a film about the idea of embodiment – of a political fight, of the illness – actors are crucial. I think now I could almost make a film without a script if I had the right actors.

Your films often have debate scenes, which aren’t usually thought of as cinematic.

Those scenes are like people forming a thinking brain haunted by images from the outside. They’re almost seances of spiritualism, where people judge and try to make happen reality, but reality is also like an hallucination. In the first meeting, the images haunting the scene are those of this protest that some consider too violent, and Sean, with his rhetorical agility, manages to change perceptions. But at his last meeting, the images are those of the illness and he loses control. I love filming the voice at work, the voice that produces. I love to film things that seem impure in cinema, like those meetings but also the scene after Sean has died and his body stays in the apartment for so long. We never see that in films, even though it’s so concrete, and to me fascinating. I think I could tell the bleakest stories, they would still have some kind of enchanted air.

The sex scenes, too, are unusually explicit.

In fact, I don’t show that much. I wrote a very explicit script, but only to have the actors’ moral agreement. I never do things to shock the bourgeoisie, and I tell the actors that a sex scene is like any scene and sex shouldn’t be a performance. Again, I let them take over and keep the cameras rolling, so I do show lots of things that usually get cut. But in a film about HIV, it’s impossible to cut out some slightly embarrassing things, like the need to get rid of the condom immediately after. I want all these things to be shown, for instance how we need to get undressed and can’t reach the other person’s body that quickly, which to me is joyous. Or how during the first intercourse, one comes, the other doesn’t, and it leads to a conversation. That’s very important, because what is this “sex dimension” we see in movies where suddenly people stop talking?

What I also find so realistic in the film is the characters’ sense of humour.

When I joined Act Up in 1992, I found an extremely jubilant group. The very gay self-mockery connected with my interest in showing a group aware of its weaknesses. Because we had so many failed protests. There was also something surreal to these demonstrations, like the haemophiliac boy making fake blood in his mother’s bathtub, which really happened. This humour and surrealism meant that these people were dreaming politics as visual style. That’s why this specific subject was more cinematic than other AIDS-related topics, which often make for societal, absolutely terrifying movies.