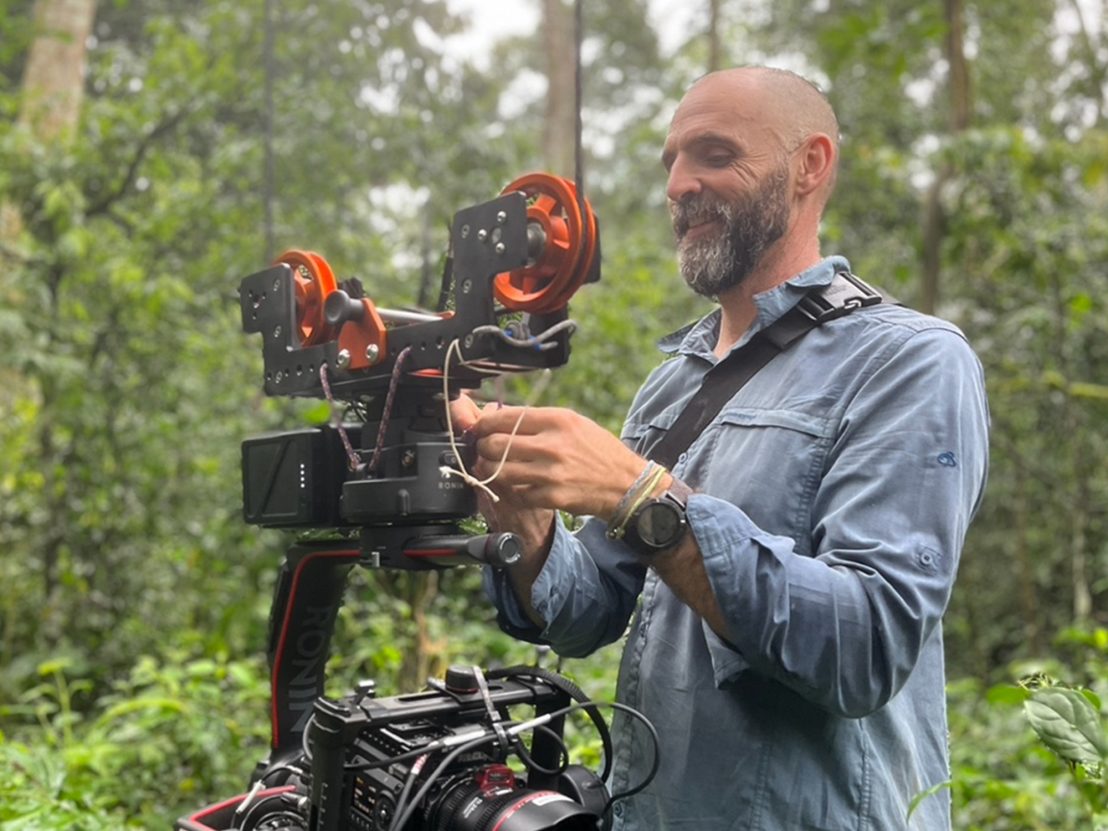 Ollie Laker: ‘More people have been up Mount Everest than to the rainforest canopy’

For rope access and rigging expert Ollie Laker, filming high above the trees is just another day at the office.

Ollie Laker is no stranger to heights. The Bristol-based rope access and rigging expert helps camera operators to reach new vantage points in the forest canopy on nature documentary shoots, and whether this involves rigging platforms in 15-metre-high trees or setting up cable dolly systems for cameras to “fly” between tree trunks, there is never a dull moment. Here Laker speaks about his unusual career choice and his recent involvement in Super/Natural, a National Geographic nature documentary series, executively produced by James Cameron and narrated by Benedict Cumberbatch.

LWLies: When did you first realize you liked being in high places?

Ollie Laker: There was a tree in my parents’ garden, and as a kid, I spent half my time up there. My dad put a scaffold tower up around it, and I’d pretend I was on board a pirate ship or in a great big castle.

How did you get into professional climbing?

I left school at 15, without a single qualification. My options were limited. The only thing that ever really interested me was climbing, but I just didn’t know how I could monetize it.

I went to the indoor climbing centre in Bournemouth to see if they had any vacancies. The climbing centre was shut that day, but there was a poster on the wall advertising an expedition company called Raleigh International. Through them, I got the opportunity to spend nine weeks in Belize. It was a life-changing experience. When I came back, I became a qualified adventure travel guide. That lead to a seasonal job as a climber and abseiler in Cheddar Gorge, where I removed and stabilized loose rocks. I loved it, but the wage was low, so I got an IRATA (Industrial Rope Access Trade Association) qualification to open up more opportunities.

You now do rope access work in the film industry. How did that come about?

Initially, I worked as a freelance rope access technician in an industrial setting, on buildings, offshore wind turbines and cliffs, both in the UK and abroad. Then I discovered the Global Canopy Programme, which offers training in basic forest canopy access for science students. After participating in a couple of their courses, I then worked for them, travelling and training students in diverse locations.

When I came back, I was doing a rope access job for the children’s show Blue Peter, and I met someone who asked me to get involved in a natural history shoot. That was about 10 years ago. Now, I have worked on nature documentaries for the BBC and numerous production companies down in Bristol, where I run my own company, Figure Nine, which specializes in rope access solutions for film shoots at height.

How did you become involved in Super/Natural?

It was through my work on the Netflix series Animal. At the end of the 4-week Animal shoot, following the gibbons in Khao Yai National Park in Thailand, I remember thinking how great it would be to go back one day. I didn’t realize how soon this would happen, though. A few weeks after the shoot, I got an email from the Super/Natural production team, asking me and the cameramen, Graham Hatherley and Will Nicholls, if we’d like to return to the same location for another gibbon shoot. 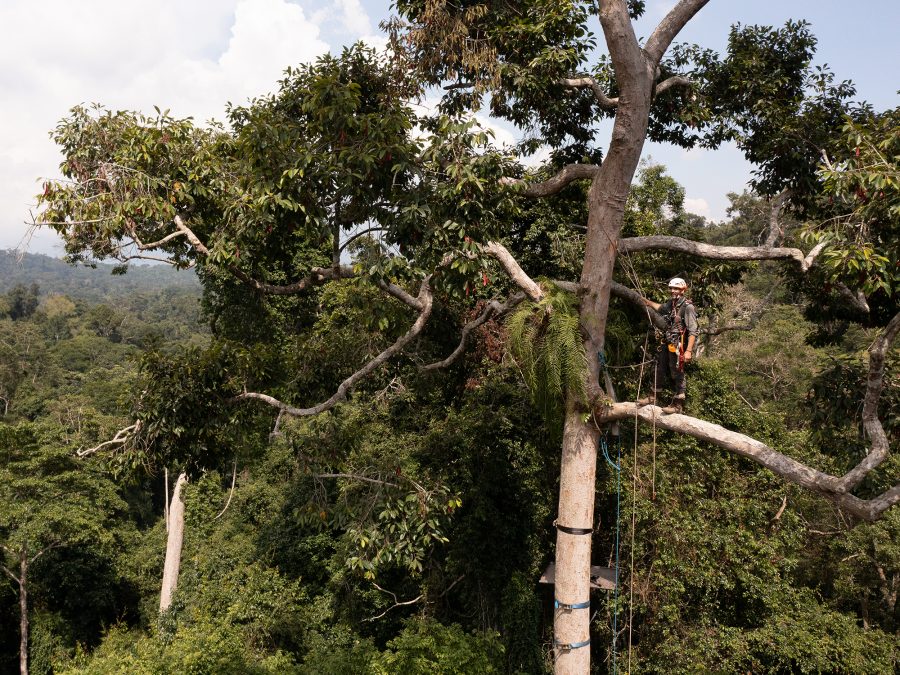 What did your work on the gibbon sequence in Super/Natural involve?

Typically, we’d to get to our base by 5 a.m. Then we’d pick up the camera equipment and rigging gear before heading into the forest. We’d rig the platforms. Then the camera operator would get in position and wait for the gibbons to come.

In the research stage, the production coordinators had spoken to scientists on site and determined where to place the platforms. They’d also identified the gibbons that they wanted to film and given them names.

There was a lot of running around because we had platforms at opposite ends of the valley ridge and in the valley itself. We were filming two groups of rival gibbons. The valley was effectively the border between them, but there were fig trees down there, which made it the scene of many a fruit-related fight.

How high were the platforms you rigged in the trees? Were you ever nervous?

Some platforms were 35–40 metres high, and others were 15–20 metres high. Arguably more people have been up Mount Everest than to the rainforest canopy. You don’t know what you’re going to find up there. That makes me nervous. Is there a hornet’s nest or a tree-based snake up there? Let’s find out!

What was your most memorable moment on the Super/Natural shoot?

We were trying to get shots of the gibbons calling one another across the valley in the morning, but it was hard because they do it in a different location every day. I had the idea of rigging a high platform up a tree on the valley ridge that would give us a view of several trees at once. We installed a rope, and I climbed up. At first, I couldn’t see much, but then suddenly all these gibbons appeared. They took a good long look at me to make sure I was harmless, and then they just hung out with me for a bit. I recognized one of them from the Animal shoot, and the way he looked at me, I like to think he remembered me, too.

Do you have any standout moments from your career that forced you to be innovative and adapt while working on a shoot?

A few years ago, I was on a shoot where they were filming Monarch butterflies. They roost vertically on trees, so if the camera flies along horizontally and the butterfly’s movement is vertical, then you only get a side-view. I designed a system that gets the camera from A to B, while also moving it up and down: the Monarch system. Nature gets you to think outside the box. 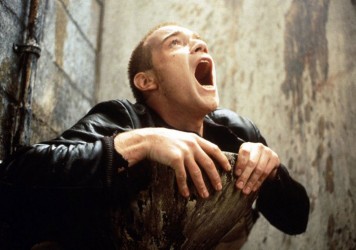 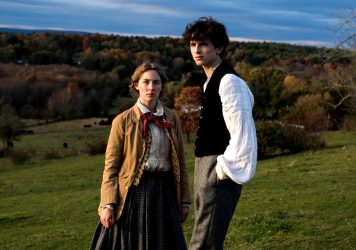