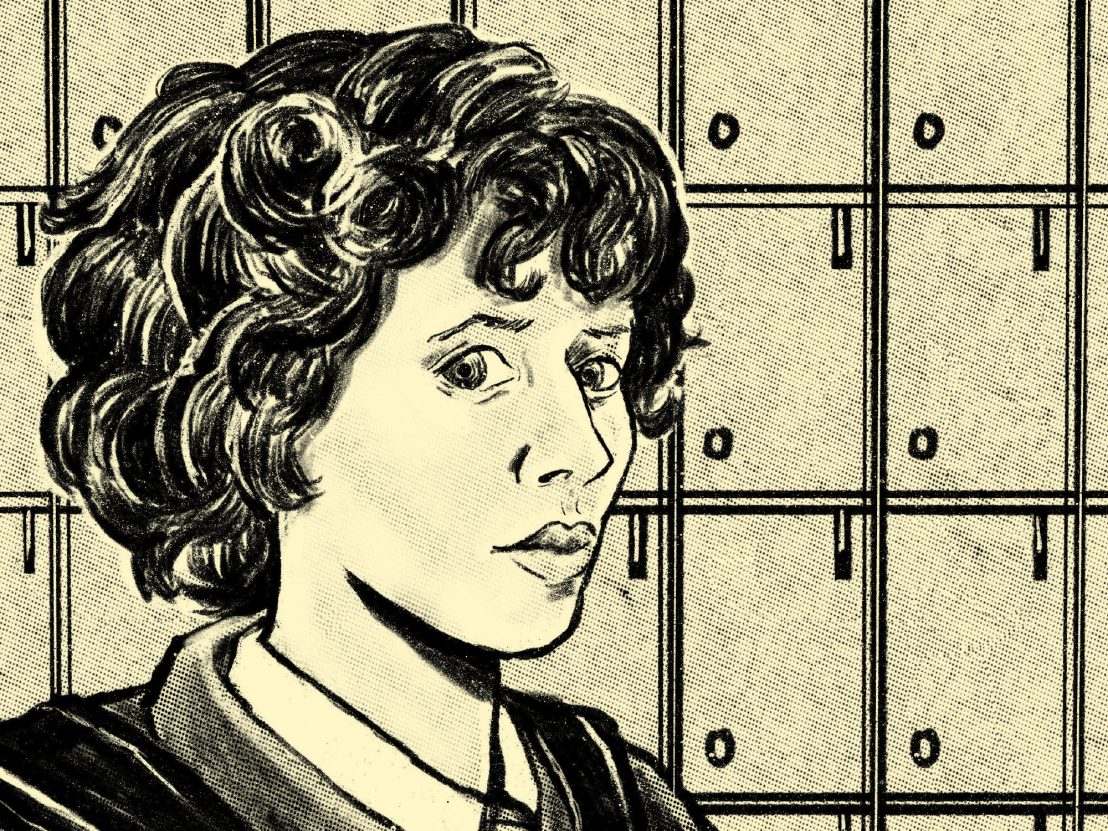 Miranda July: ‘I’m interested in the little self-sabotaging things we do’

Good things supposedly come to those who wait, and Miranda July’s third feature film is proof of that. In the nine years since she directed The Future, July has been keeping extremely busy. Performance art, a novel, an app, a charity shop run out of Selfridges – her productivity (not to mention her versatility) knows no bounds, but even she was surprised when the kernel of an idea for a heist movie popped into her head. The result is Kajillionaire, a sweet, delightfully offbeat story of love, loss and larceny in Los Angeles.

LWLies: You’ve been concentrating on other art forms for a while now, so how did you land on the idea for Kajillionaire?

July: The last big project I worked on was a novel which didn’t have a heist plot but did have a lot of reveals and twists and turns, and I knew I wanted to use those muscles for a movie. But my ideas come from my unconscious. I don’t think, ‘I want to write about the issue of…’ It’s not like that, it’s more mysterious. I wrote two scripts kind of quickly that I put aside which were kind of false starts before Kajillionaire – and I’m saying that so that it’s less annoying when I say that it came to me all at once one morning fairly fully-formed.

So it took a year, but then it came all at once, and I was wondering, ‘Why a heist movie?’ as I was typing it. But when I got to the end and read it back, I was kinda punched in the gut. I never would have chosen to write about these icky family betrayals if I’d been conscious that that’s what I was doing. I think maybe the way it works for the audience is similar, that you’re kind of holding on to this idea of a mad-cap heist. I mean, there is a heist, but it’s more of an emotional heist movie in the end.

There’s a throughline in your work about how people connect with each other, specifically romantically and as family. What is it about these sorts of relationships that fascinates you?

It’s not that connecting that interests me as much as the unique ways that people make it harder for themselves. Because that’s where everyone’s creative ingenuity comes in – all the little self-sabotaging things that we do. That’s what interests me. To use a metaphor, it’s not the kiss at the end, but all the ways people make it almost impossible to get to that kiss.

Is the heist genre one that you had any interest in before the idea came to you?

It’s not that I’m a heist movie fan, although I did grow up watching a lot of the Mission: Impossible TV show, so that’s all very mother tongue to me, reversals and little twists and the satisfaction of a good scam, although all the Kajillionaire scams are terrible. I just love intricacies and I love the ways that people can be artists without being artists – they’re acting, they’re doing these performances, these kind of sleight-of-hands, they’re dressing up in costumes. That’s often the case in my movies, even the people who aren’t artists are also someway making something. And then also I should give a little shout-out to my punk feminist, ’90s roots in which the scam was constant. I can’t pretend I haven’t done some of these scams in my deep, deep past. There was this thing of always looking for an opportunity to make a buck in some way.

You’ve got to give me an example!

One that I was trying to get into the movie was, I remember in New York City doing this once – going into a dry cleaner and saying, ‘I think I left my sweater here, it was a black cardigan,’ It kind of works with a lot of lost-and-founds. Either there’s nothing like what you described there and you just leave, or there’s something like that and you take it. It’s horrible!

You mentioned growing up on Mission: Impossible – Kajillionaire’s opening sequence reminds me of watching Tom Cruise dangling on a rope, and the heist scene from The Thomas Crown Affair.

The first scene I wrote was not that scene, but I remember there was a point in editing where, for a little while, it was moved a little later in the movie, but it was supposed to be the opening and I was so glad when it went back to that. There’s a PO Box right by my studio. So I went there with a choreographer friend and I just did everything you could possibly do to get into the building. It was funny because it’s a busy enough corner that more than one person texted me later that day saying, ‘I saw you falling out of the post office, what was going on there?’ and I was like, ‘Jesus! Did all of LA drive past me in that moment?’

One of the films that I was reminded of watching Kajillionaire was Punch Drunk Love – another wonderful film about socially-awkward scammers in LA.

I love that movie – I wrote the Criterion essay for it. I never really thought of the story like that but I’ll take it. But I will say that like the way that was shot, Sebastian Winterø and I looked at it, and I think he wanted to understand what I was responding to about how it was shot. And probably if it wasn’t for that movie I wouldn’t have used so much dolly track!

All three of your films have been set in Los Angeles, which is where you live. Is there something about the city that particularly inspires you?

This could change, but so far I’ve really been so focused on people’s internal worlds. People talk about the setting as another character in the movie, but I don’t really feel like I’ve done that. I’m starting with the territory that I’m literally in as I’m walking around, making up the movie. But also I don’t really wanna leave! The whole thing seems hard enough without having to like go somewhere. Maybe I’ll have to break out a little.

You had the starring role in your past two movies. Was there a reason you decided for this one you would concentrate on behind-the-scenes?

Honestly I had the idea, I was already a couple of days into brainstorming when I was like, ‘Oh hold on, there is literally not a woman my age in this movie. They’re in their twenties or they’re in their sixties, I’m not represented here.’ And there was like a slight pause, and I was like, ‘I guess I’m not in it.’ And I didn’t think again, other than to appreciate how much more directing I was getting to do. It’s like the movie got all of me as a caretaker, like a mother of it rather than part of me having to be like the child. You have to really switch brains when you’re acting, too. That has its own energy, but here I could just take on more. It also meant I got to cast all these women which was new to me and a dream come true. I’d always taken the big role in the past.

One of the things that I’ve honed in on through watching your films again but also reading your monograph is this idea of obsession. A lot of your work is like laser-focusing on the things that drive people, whether those are artistic or romantic or financial. Do you think that focusing on these obsessions is a way to get to know people?

It can be. I feel like what I’m really a fan of is just focus in general. Of just going as far as I can go on one thing. And weathering the challenges of that, and including them in the process. But you’re right, these obsessions are often the heartbeat of people, like their sleeplessness, their financial problems, class issues or romance. I am desperately trying to figure out what it’s like for other people in their heads. I often try to get friends to describe things like, ‘Do you have a voice in your head? When you’re just walking around your house what’s happening in there?’ Which never is like that effective. So art is a better way sometimes to get into that space.

As someone who does work across so many different mediums, what’s your favourite thing about making films?

It’s the one that I wanted to do when I was a teenager. This to me is like when a kid dreams of being an astronaut, and then ends up on the moon. That kid is probably like, ‘I can’t believe I’m here on the moon!’ That’s how I feel on set, on the first day, even though it’s such hard work and I’m more used to it, it still has this child-like dream quality to it. And I love seeing the things people make in their departments, like the different costumes and props and special effects. I’m giddy watching them.

Then film is such a universal language, it’s so inclusive. There’s a whole lot of people who will never read my books, but movies are the most welcoming, and so it’s great I can do all this weird stuff and people will always kind of be somewhat friendly. Even the scariest movie, you can’t hide the fact that you’re inviting people in. If you’re not, you wouldn’t have made a film. 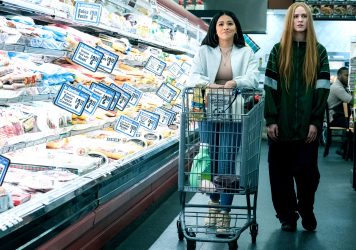 Miranda July channels her offbeat brand of humour into a heist movie, with predictably charming results.