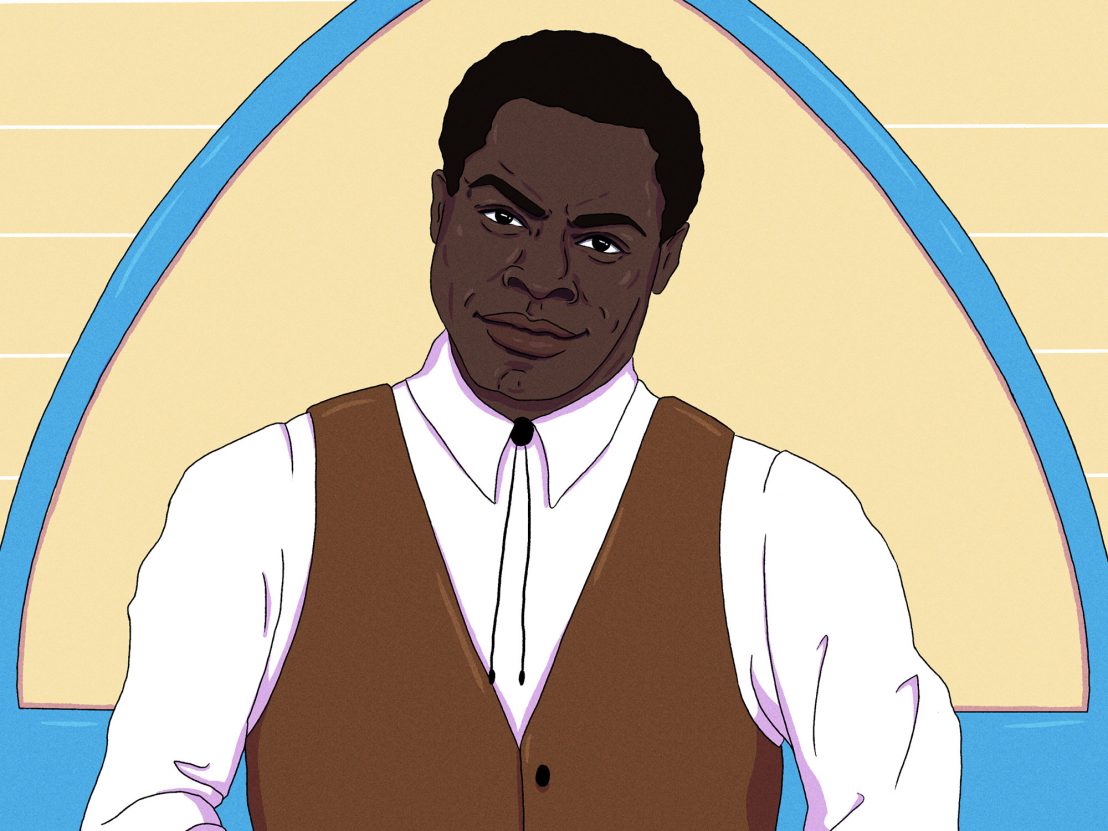 The singer-songwriter known as The Bullitts slinks into the role of filmmaker with his super fun revisionist western, The Harder They Fall.

Jeymes Samuel’s The Harder They Fall represents the Old West in a bold and dynamic debut feature that follows Nat Love (Jonathan Majors) as he seeks revenge on Rufus Buck (Idris Elba) and his formidable gang. Co-produced by Shawn Carter and boasting an all-star cast of Regina King, Lakeith Stanfield, Delroy Lindo and Zazie Beetz, here the director talks about his love for the genre and the necessity to reimagine our approach to period cinema.

LWLies: How did the project start?

Samuel: The idea for the story came to me about 10 years ago. I shot a proof of concept short film called They Die by Dawn, which was my initial foray into the Old West. I wrote a few drafts of it, myself and Jay-Z were just working and putting it together. Then in the last stretch I brought in writer Boaz Yakin, he’s a friend of mine. He did a revision just to have additional eyes on the structure.

Why a western for your debut feature?

Well, I love cinema and I love Old West westerns, but we’ve been lied to our whole lives. Native Americans weren’t circling the wagons of white people – it didn’t happen. And to show women characters in positions of weakness and people of colour as subservient. Slavery was abolished in the 1860s so there were decades-worth of Black people in the Old West. Since I was a kid people would argue with me for years that Black Cowboys didn’t exist, so I would do a lot of research on it. Then I just put all the ones I found together like The Avengers. The story is fiction but the people existed.

How did you reconciled these depictions with your love for the genre?

You fall in love with the aesthetic and you fall in love with the stories, but it’s the telling of them that you have a problem with. Black people have a setting in us called ‘auto erase’; women have it too. Like you watch things and automatically erase the insults as you go. With westerns we’ll be acutely aware of how we’re being treated in them, just like with most genres. But if we don’t watch those movies there’ll be hardly any cinema we can watch. That’s why in The Harder They Fall you don’t hear the N-word once.

You literally kill it in its tracks.

I don’t believe there was ever a time where you could just run up and call us a ‘bunch of N-words’ and we’d wilfully accept it. Black people were enslaved, not slaves, and it’s a big difference. And for all the people that were enslaved, there were always revolts, which is why so many of us died! If you’re making a period piece, why does it mean we have to be subservient? Those people are unimaginative and just in love with the word and the opportunity to exploit. In my movies there’ll be cinematic repercussions.

Could you talk about the soundtrack?

I composed the score myself. I wanted to utilise reggae because dub and its origins are really close to Western music. If you listen to Dub at its foundations, it’s like a soundtrack. It’s already like a score for Westerns [begins to make Dub noises]. The rules are exactly what Ennio Morricone was following with Sergio Leone. It’s gully, it’s menacing, the two go hand in hand. And then I’ll go to Fela Kuti and afrobeat, to the Fisk Jubilee Singers. I would utilise all of these sounds and genres to create one sonic landscape because they’re all Black expression. There’s a scene where Wiley Escoe gets beaten down, so I wrote a song styled like an old Negro spiritual called ‘Do Unto Others’ and when he’s lying on the floor, that particular song turns into an afrobeat version of the theme, The Harder They Fall [starts singing ‘Wahala they come, Wahala they come’]. Wahala is a Nigerian word for drama.

Can you talk a bit about your visual influences and the set design?

My set decorator is a man called Martin Whist. I’m in love with pretty much everything this guy does, so it was a joy to work with him. Visually I was inspired by two things: the painter Kadir Nelson – his colour palette informed what I wanted to do with this movie. I didn’t really have cinematography references for my mood board. And then the buildings of New Orleans. Hiring someone like Martin was amazing, he just understood the movie. Cause The Harder They Fall is a unique experience. Whatever you’re doing, obey your crazy. When you have a crazy thought you have it because you can see it, no one else can. Obey your crazy, and it will take you to where you need to go. 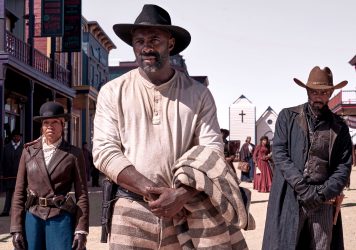 The Harder They Fall – first-look review