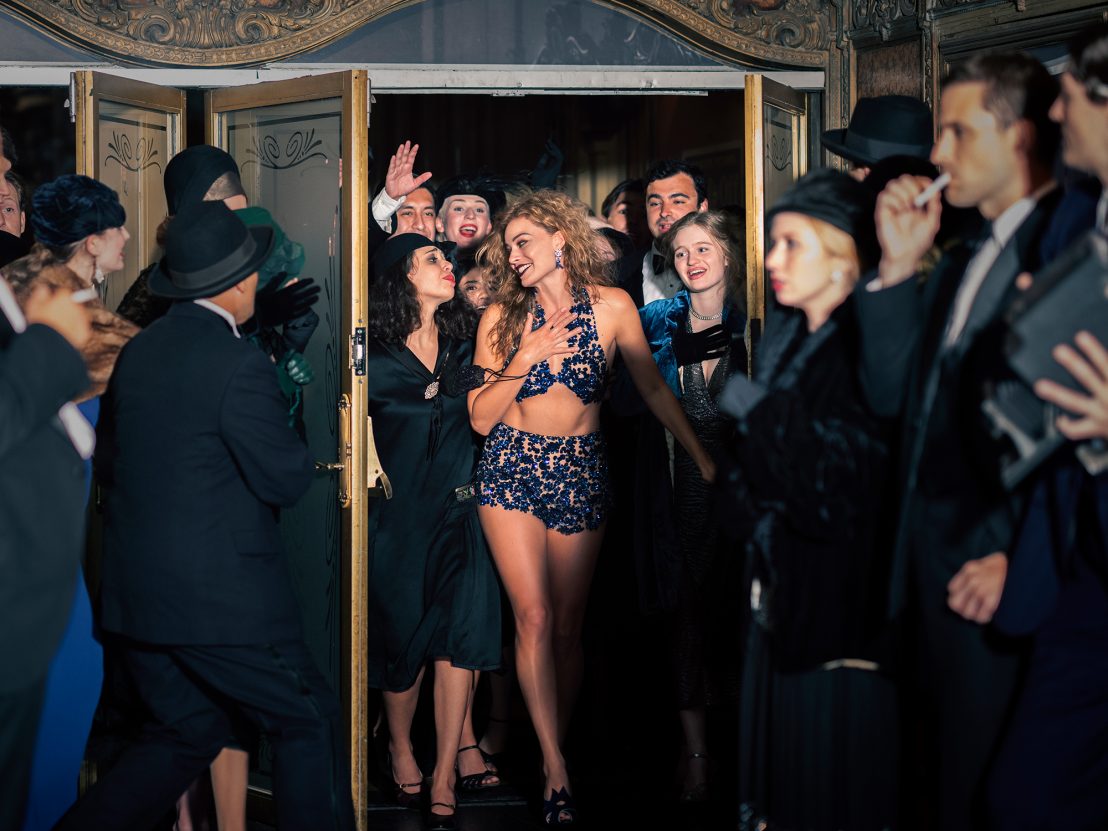 Jaime Leigh McIntosh: ‘We weren’t stuck in this idea of what the 1920s should look like’

The head of the hair department on Damien Chazelle's Babylon explains how the team defied convention in order to create a fresh vision of the roaring twenties.

Jaime Leigh McIntosh, the head of the hair department for Damien Chazelle’s 1920s extravaganza Babylon, used to have her hair cut by her mother using kitchen scissors. She didn’t let this experience deter her from pursuing a career in hair styling though – after watching Full Tilt Boogie, a film that goes behind-the-scenes during the production of Robert Rodriguez’s From Dusk Till Dawn, McIntosh realised that the film industry could supply her with the variety and excitement she was looking for. McIntosh spoke to LWLies about the making of Babylon.

LWLies: What were your thoughts when you first received the script for Babylon?

McIntosh: Babylon is a hefty 180-page script, but I couldn’t put it down. The prospect that I could work on it was so exciting, but I do remember thinking, “How are we actually going to do this?” There were these massive party scenes with loads of cast, and Covid-19 had just begun. The film was put on hold for over a year, but Damien and I exchanged character-related images throughout that time.

What was your working relationship with Damien Chazelle like?

Amazing. He is so collaborative and open to talk about anything. Damien’s vision was quite different to a normal 1920s film, so it took me a while to wrap my head around it. He told me that if the photo and reference existed in the 1920s, then we could do it. I researched so deeply to find 1920s pictures of men with messy hair and long sideburns and women with long, loose hair instead of perfect finger waves. We weren’t stuck in this idea of what the 1920s should look like.

It was probably the longest, most in-depth testing I’ve ever done for one character before. There was a lot of talk of Clara Bow at the start, but then it changed, and all we could settle on was the colour. We didn’t want to go full blonde because we’ve seen Margot like that before. We did some sleuthing and found out that she was going to have dark hair in Amsterdam. That was coming out around the same time, so it wasn’t a good idea to have the same hair colour. In the end, we stuck to something that was very natural for Margot. We didn’t want to give her an insane amount of hair either because Margot herself doesn’t have the thickest, craziest head of hair, and it had to be believable.

Heba Thorisdottir, the head of the make-up department, and I did a test with Margot. I rented 15 different wigs, which were all different lengths and styles — everything from tiny bobs with micro-bangs to long and wavy styles. Damien wanted to put most of those wigs on camera, so we repeated and tested those looks with an unfinished version of the red dress that you see in the film.

He wanted to see her outside in the wind, walking towards the camera. He wanted to see the wig moving while she danced to see what kind of feeling that gave. We narrowed it down to the longer style, and I was kind of freaking out. I thought, “The leading lady of a film set in the 1920s is going to have long hair? This is crazy!” 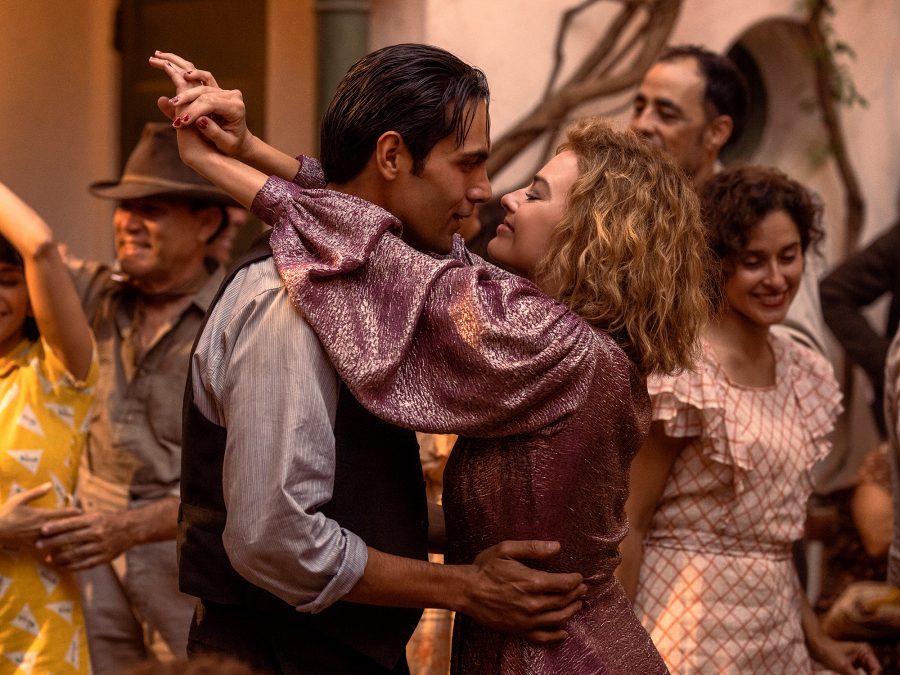 Did you suggest any changes to Margot’s look at that stage?

We discussed that as her journey goes on, and she does more in the industry and starts to feel the need to conform in some way, then we could do a length change, so she’s a little more in the period, but it’s still wild and she’s got her own thing going on.

Once we’d worked out how long and thick we wanted it, I told the wigmaker Robert Pickens the end result we were after. Then, we did a test fitting with Margot and Damien. We needed a few lighter strands for dimension and to give it more brightness. I cut it to the right length, the camera tested it again and away we went.

How does styling a wig differ from styling natural hair?

Besides normal hair styling, there’s also the mimicking of nature — you’re creating a natural head of hair, so the hair has to go in believable directions. I tried to use as little hair product as possible because the more product that is in the hair, the more it stiffens and starts to look helmet-like. The wig was so snug on Margot’s head that I didn’t need to overload her with hairpins. I just glued the front hair lace and used four hairpins.

Was Margot accustomed to wearing a wig?

She’s so experienced with wigs. Once she got the go-ahead to do what she wanted with it, then she went for it. And it really helped to sell the situation because sometimes you can tell that the actor doesn’t feel like they can touch their hair because it doesn’t belong to them. I always set the wig up to be as moveable and changeable as it can be, so they feel like it’s theirs. In one scene, she was dancing around and touching the wig. I came in to reset it between takes and I told her, “The hair touching…”, and she was like, “You want me to stop?”. And I told her, “No! I love it!”

Can you walk me through your typical working day during the making of Babylon?

I worked 10 to 18 hours a day. Sometimes, we had to process twenty-something cast members in the morning, so we had a very tight schedule. If you said you needed 45 minutes, then you couldn’t really take 46. We used to start anywhere between 4 and 6 a.m. depending on whether we were shooting outside or not. My background supervisor and her assistant processed the background actors — on some days, there were up to 800 of them!

I was looking after Margot Robbie and Diego Calva every day, and Brad Pitt, too, when he was working, but he was in a different trailer, so I spent a lot of time running between trailers.

We travelled to set with our cast, and then we’d be with them all day. Before each different shot, we got “last looks” to make sure there weren’t any continuity shifts. If they shot more than one scene in a day, then we’d change the actor’s hair to suit the storyline. 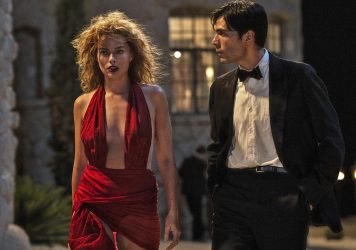 A coalition of actors wants to change how Hollywood sees hair

Christine Blundell takes us inside her London academy.