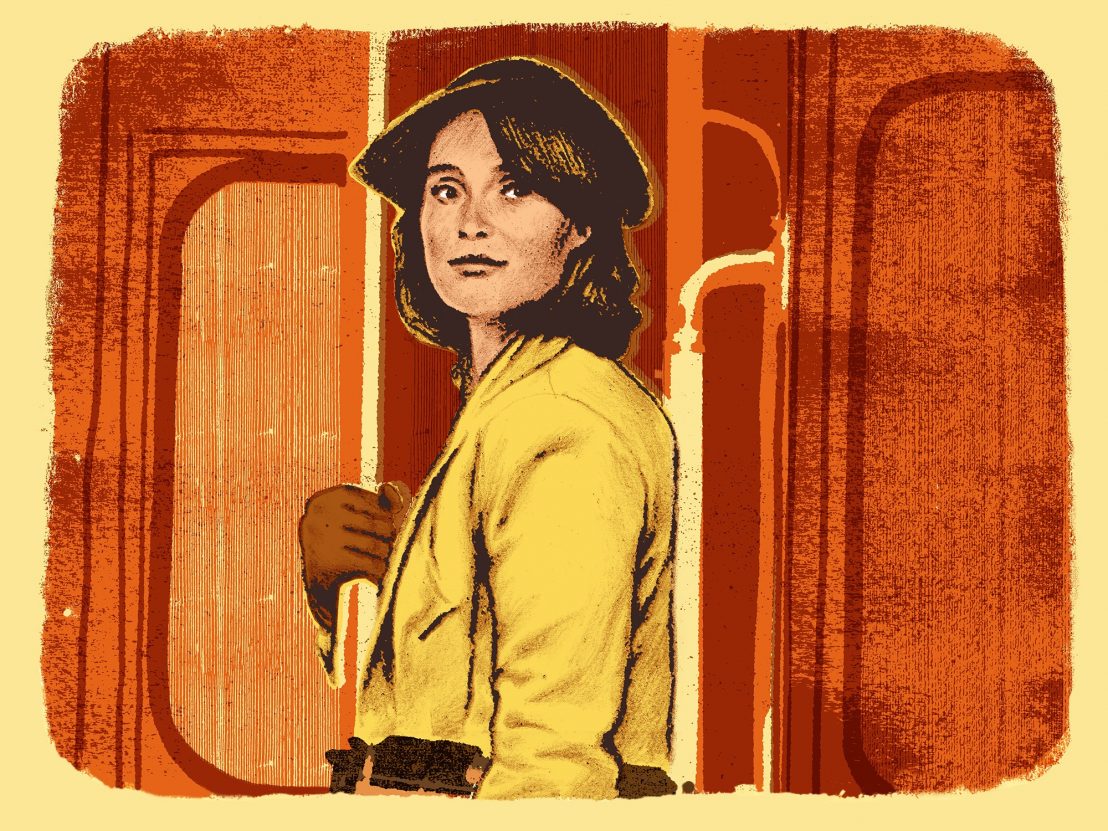 Dividing her time between American blockbusters, homegrown indies and even a few stints on the stage, Gemma Arterton has arguably reached peak form as a scriptwriter for propaganda films in director Lone Scherfig’s Ealing-esque caper comedy, Their Finest.

LWLies: You play a World War Two-era screenwriter named Catrine – was she based on a real person?

Arterton: She was very loosely based on the only female writer at Ealing Studios during the War. She was employed to write the female dialogue, which was called ‘nausea’ by those who worked there. She was uncredited a lot of the time. There were a lot of women who were writing for film at that time, because we were churning them out one after the other. It really was the golden age of cinema in terms of demand; something like 30 million people a week went to the cinema – that’ll never happen again. And so there was this real need for a machine for making films.

The idea of bringing in women to write women’s dialogue actually seems quite progressive.

You’re right! The people who were going to see the films were women because all the men were fighting. In order to reach out to women these characters had to sound authentic.

Have you ever had an experience where you’ve received a script which was obviously written by a man?

No, nothing that really stood out. I can definitely tell when a woman’s written it though. The women seem to be more honest and flawed and not necessarily perfect. I remember when I read Moira Buffini’s adaptation of Tamara Drewe and I thought, ‘She nailed that,’ because the women are really complicated. I remember Stephen Frears saying, ‘We don’t understand why she’s doing these things,’ and I said, ‘Exactly! That’s the point.’ Obviously there’s something more authentic… women can bring their own experiences and feelings to these things, but I’ve never thought, ‘Oh god, no.’ Maybe more in action movie stuff.

Bill Nighy plays a ham actor in the film. How real is his representation of actors?

I’ve never really come across a ham like that. People who don’t work in the film business or theatre business think that all actors are like that, and that’s fine because it makes it funny or exotic. But they’re not. Bill was saying it’s quite an old fashioned way of being. I think it’s fabulous. I’ve met legendary actors and actresses who are so glamorous and I think that’s amazing because they’re reflections of a bygone era. But generally actors don’t tend to be like that in person. British actors are down to earth, and quite humble.

So do you think that the process of making a film is a leveller in a certain way?

Yeah, because from my personal experience of working in Britain, people don’t put up with nonsense. People don’t want to work with actors who are like that. If you want to keep working you’ve got to be nice.

But surely you must get to a point where you’re so in demand that people have to work with you and you can turn into a luvvie?

My family would tell me to sort myself out if I started acting like that. But there aren’t that many luvvies out there. There are theatre-y types, but even then they’re doing it for effect. It’s not who they really are. It’s an old-fashioned notion.

What’s the day before filming like? What would be an average day before you’re about to head off?

It depends. With this film I was really, really nervous beforehand. I had very low confidence before we started shooting, and it continued for the first two weeks where I thought, ‘Oh god, why am I here, why did they choose me? Have they made a mistake?’

Why did you think that?

I don’t know. But I got over it and then I really enjoyed it. I don’t know why. It just happened.

And that feeling came just before you were about to do it?

No. It was there for a long time.

Did you tell anyone?

No. I didn’t want anyone to say, ‘Stop being silly’ and I didn’t want to complain. But I think it informed the way I played the character a little bit because she’s someone who doesn’t have that much confidence in the beginning and isn’t a very outgoing character. She’s an introvert. And I felt very introverted during the first week of the shoot. I don’t know why! But with this film we had time to do screen tests, camera tests, practices with hair and makeup, meet the actors and rehearse with them, which is really rare.

Sam [Claflin] and I had met months before and rehearsed it, same with Bill. All of us had this time to get to know each other a little bit. You get a feel for how it’s going to be, because the film is so rhythmic, a lot of moving and talking very fast and picking up cues. It felt more like a play process for me, being able to sit in a room and talk about the text. I was off-book – which never happens – before I started filming it, which I would never usually do because you shoot out of sequence. But I knew the text so well and had been working on the accent obviously for a while so it felt solid because we’d had that time. With other films you just turn up and get on with it.