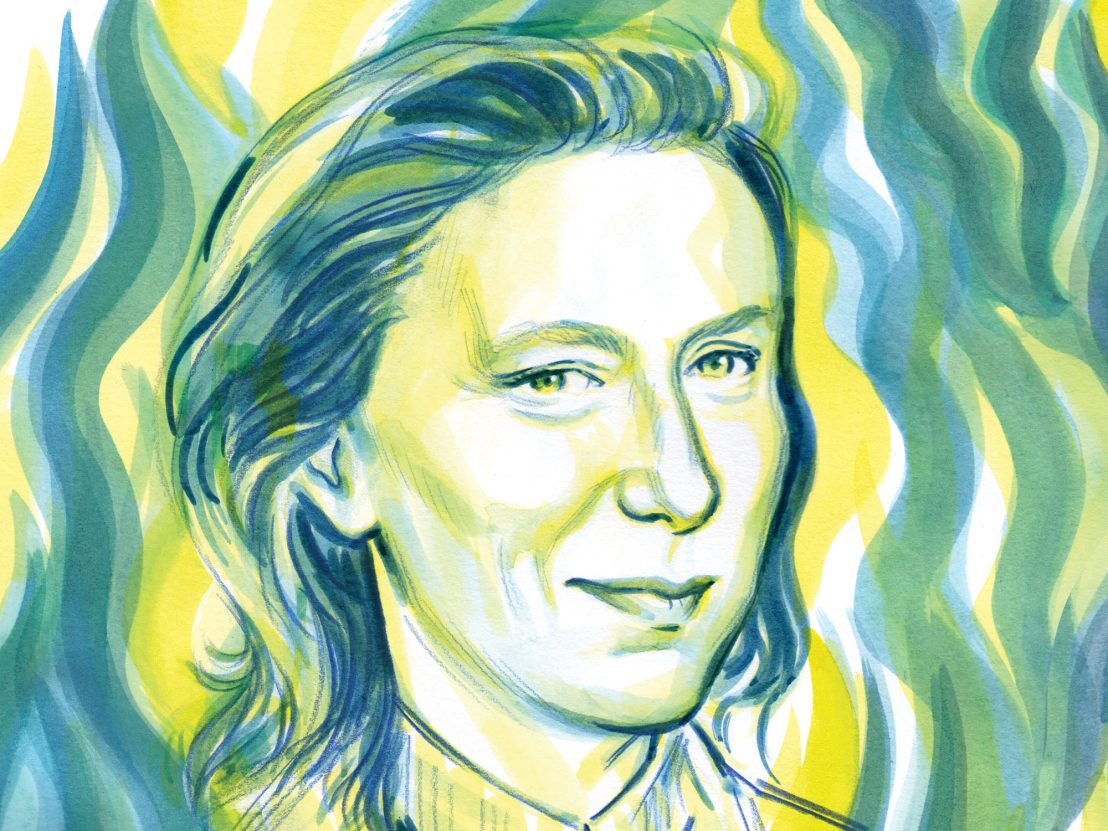 After concluding her trilogy of coming-of-age films – composed of Water Lilies, Tomboy and Girlhood – Céline Sciamma returns with a story about older, more mature women, Portrait of a Lady on Fire. While her younger heroines navigated the wild currents of sexual fluidity in the formative period of adolescence, painter Marianne (Noémie Merlant) and her subject Héloïse (Adèle Haenel) have already come out on the opposite shore, their identities solid, their desires sharp.

At the Cannes Film Festival, where the film won the Queer Palm and the Best Screenplay award, Sciamma spoke to us about the way she dismantled the patriarchal concept of the ‘muse’ without resorting to lazy box-ticking feminism, and the challenges in portraying both the moment when two strangers falls in love, and what comes after.

LWLies: Why did you want to make a film set in a different time period than our own?

Sciamma: I wanted a film that would be like a romantic novel, and I also wanted to work in another playground. I didn’t feel like I was moving into the past, because a story that hasn’t yet been told does not necessarily belong to the past. In any case, we’re telling it today. That’s what counted for me. That we were telling it today, and with a desire to fill a gap. There wasn’t any academic ambition in that, but there was something joyous and alive in bringing back to life the hearts and the bodies of those women. I approached it in the same way I approach contemporary subjects. It was the same work.

The film addresses the fact that many women artists are ignored by history. There is a lot of conversation these days about challenging the canon, and looking at female artists who have gone unrecognised.

I did a lot of research, and I even discovered – because I didn’t know this before – that there was a very rich female artistic scene at that time, precisely in the second half of the 18th century. There were many women painters in France, but also in Europe, who had careers. So I worked with an art sociologist, a specialist of that time, to invent this woman painter. I think that plays into it, too: the fact that we invented that painter, in complete accordance with the historical truth of the time. That’s why she isn’t a fantasy or a symbol. There’s a real work of verisimilitude, of documentation, on which we relied very strongly.

Then there is also the intimacy. It’s a film about work, it’s not a biopic about an exceptional destiny. We’re not watching an artist achieving success, we’re watching her at work. And I think that’s a kind of work that I can talk about from the inside. I think that this sensation of reality, the sense that she isn’t a symbol, comes both from this serious work of research, and from this intimacy I have with the work, with being a female artist.

How do you write the process of falling in love without it appearing too sudden or too slow?

Writing this film took me a lot of time. Not so much in the actual writing of it, but in the conception of it. The dream of it. It’s a film I’d long dreamed about, because I had two desires which might have initially appeared contradictory. The first was to communicate, step by step, the process of falling in love – the visual style of delay and frustration, patience, reciprocity, and doubt. There was this desire to show the birth of longing, of an inner turmoil.

And there was a second desire, which was to show the breadth of a love story in time. Its trace. The philosophy of love. So I wanted to make a film about a romantic dialogue, but also about the lovers’ discourse. Finding that balance was decisive before starting to make this film. I had to conjure up the visual set-ups that could do both things. There are effects in time, effects in acceleration, but it’s also a film constructed around rituals and variations, as opposed to big contrasts.

The film challenges the idea of the painter – the looker – dominating their subject. And yet, we do not really get to know the latter, Adèle Haenel’s Héloïse. How did you work at resisting this oppressive objectification ?

This idea of making a story of love and of collaboration based in equality is at the heart of the film’s project. It’s a part of the film that only grew as I was writing the story. Especially at the moment of the casting. I really think that was the moment when we really fixed the fact that this would be the most important thing in the film. At the casting, when I looked at many actresses, that’s when I realised that I wanted this perfect equality between these two women who would be face to face: and equality in age, in height, but also in intensity.

The film was already written with this dynamic, where there is intellectual equality and equality in speech. I think that played a role in creating this ‘new’ emotion. But it really was a risk. There were two things that made me wonder, ‘Is this going to work?’ First of all, making a romantic film without any score. Then, making a romantic film with equality. It required believing very strongly in the present between the characters, in the things that could happen in the moments when they were together. It also meant believing that falling in love is also conversing intellectually, admiring each other, surprising each other, thinking together.

That’s the question of dialogue in the film. And also the casting – these actresses, the way we constructed their interactions. Even at the editing stage. We consistently worked towards this equality, creating that in love, but also in art, where the figure of the artist and that of the muse are still so strong. I hear a lot about the muse, which is normal, and it is quite a beautiful word. But for me, it hides the reality of collaboration in the history of art. We see it today, with the rehabilitation of those women, such as Dora Maar, who was Picasso’s muse but also a great surrealist photographer. All muses were crucial collaborators.

The dialogue is very rich, with the characters speaking sophisticated French due to the time period. How did that inform your writing process?

I feel like I wrote in a rather neutral language; it’s sophisticated, but it doesn’t overplay the time period. That’s something I try to do always. People ask me, ‘How do you write for children?’, ‘How do you write for teenagers?’. The truth is, I make everyone speak the same way! I don’t try to stylise in search of some credibility. Here, there was the ‘vous’ address, which marks both the time period and signals the distance between the characters.

Most of all, I wanted them to have the intellectual strength to always address each other, to always interact, instead of resorting to punch-lines – that balance was difficult to find – all the while maintaining their own way of thinking. For example, Héloïse’s way of thinking has this spontaneity and this great precision. Each of the two women has her own language, and when they meet, it creates friction as well as desire.

Portrait of a Lady on Fire is released 28 February. Read the LWLies Recommends review.